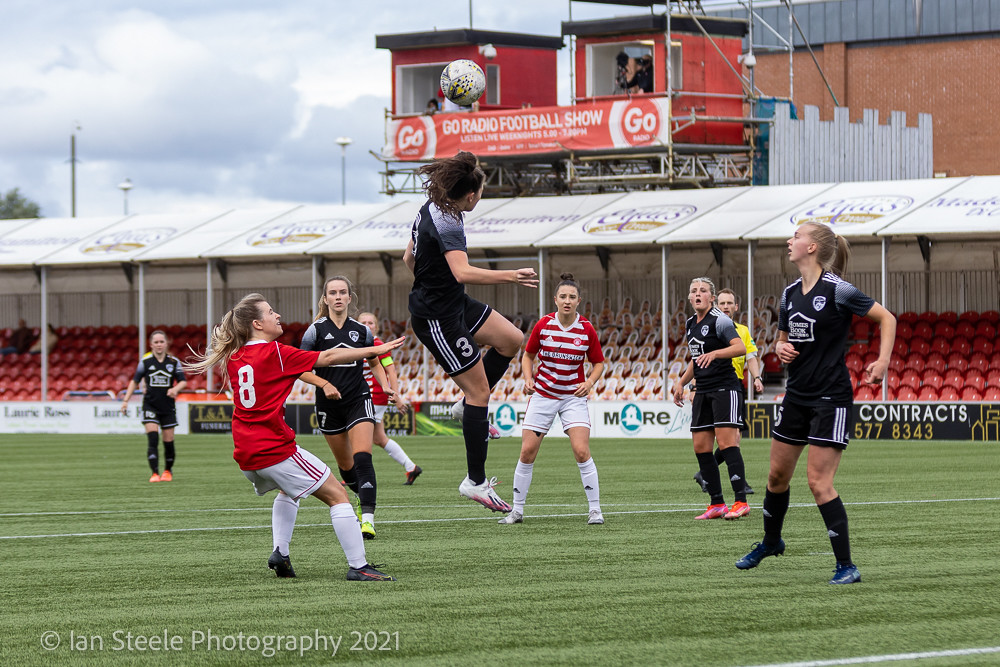 Hamilton’s return to New Douglas Park was a successful one as Glasgow Women were comprehensively beaten 3-0 to take Accies one point away from the Quarter Finals of the SWPL Cup.

A sublime first-half finish from Josephine Giard along with Rachel Ross and Megan Quigley strikes secured the victory against their lower league counterparts. 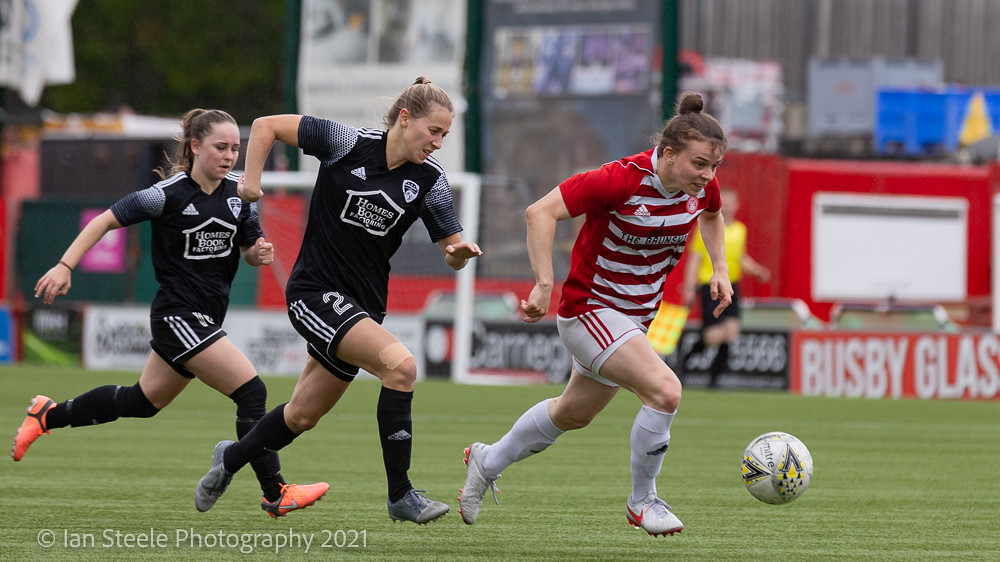 It was a slow start to proceedings with both sides canceling each other out with little action towards both goals.

Hamilton found the net on the 40th minute with the first moment of real quality in the contest. Sinclair battled well and won possession in midfield before she spotted the run of Giard who showed some nifty footwork to beat the last line of defense before slotting the ball home past Kendall Welsh. 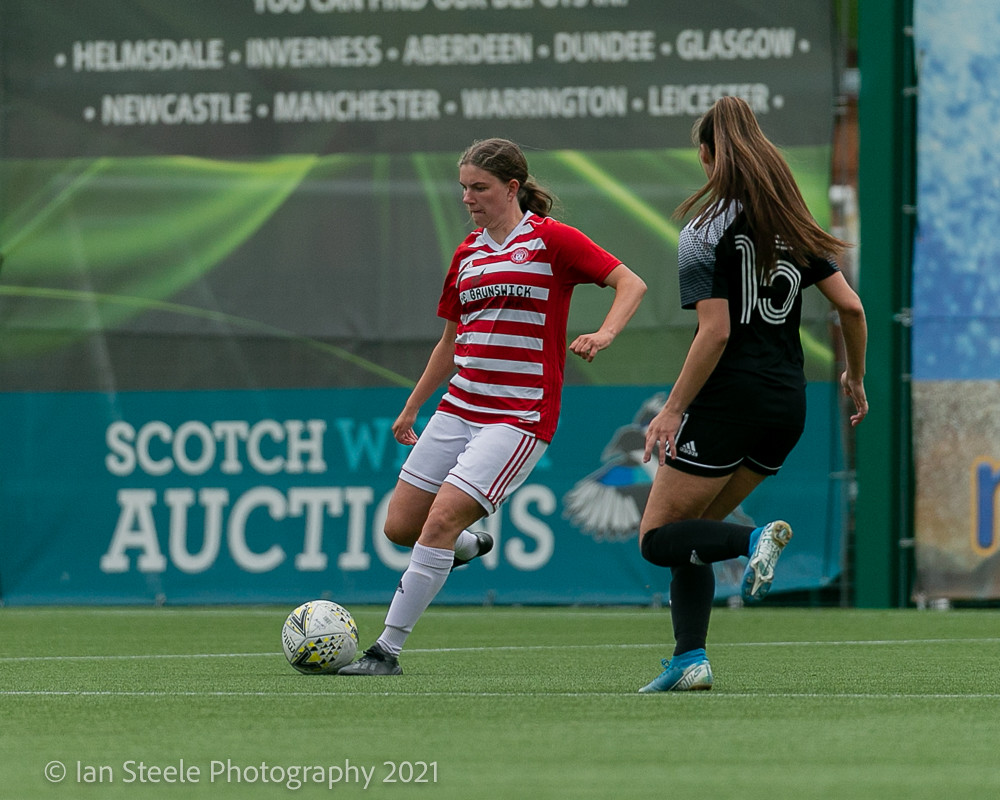 Accies threatened for a second with Giard going clean through one-on-one twice in quick succession, but Eve Donald and Nicola Reid denied the German with two tremendous last-ditch challenges.

Rachel Ross would get her first, and Accies’, second on the 68th minute as she was slipped through by Giard after she did incredibly well to hold off four or five defenders and despite there being a hint of offside, the right-back made no mistake from 12-yards. 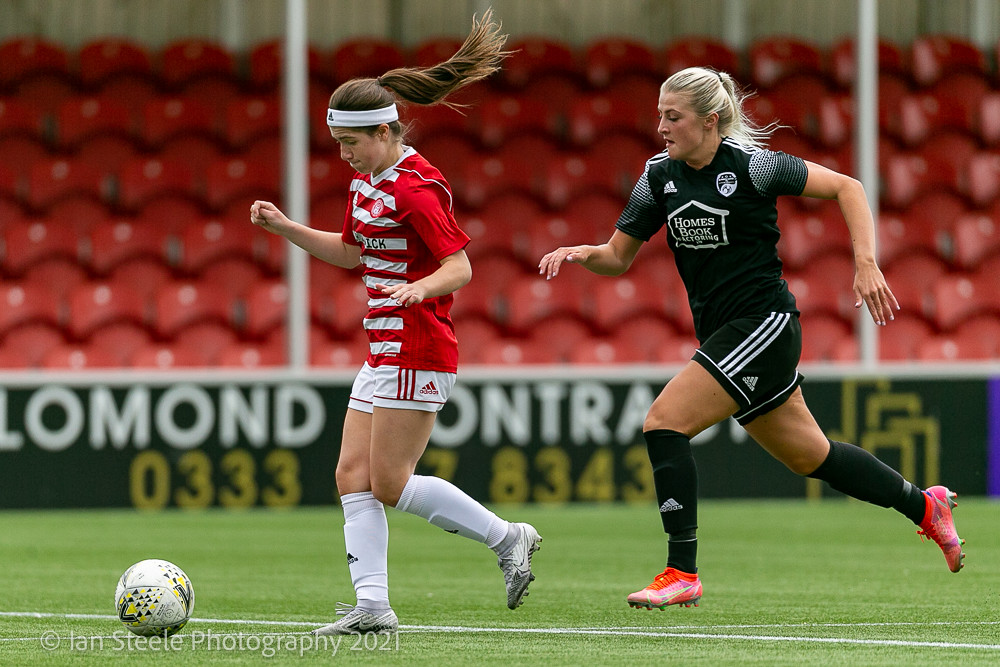 Academy graduate Megan Quigley added a third deep into stoppage time as she bunded the ball over the line after Kirstie McIntosh’s corner led to a goalmouth scramble.

Gary Doctor: “It wasn’t a great game at all but we’re walking away with a 3-0 win so they’re plenty positives to take.

“It isn’t the level we want to be at and it was a little disjointed but we also didn’t look like conceding either.

“We just need to get out of this habit of playing the standard of the opponent rather than the standard we know we can play at.

“We targeted four points after two games so it gives us a platform to build on. It might not be enough to progress as we play Glasgow City next, but we can enjoy that game as there is no pressure on us and it’s a game that we can look forward to.”