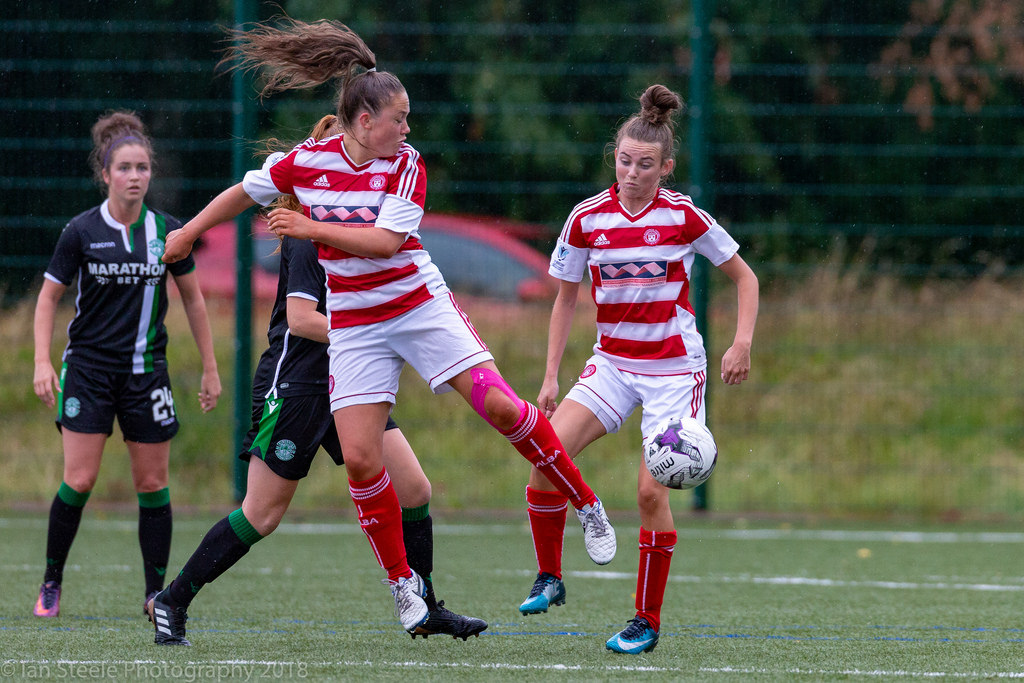 Hibs too hot to handle as Accies Eye Spartans Clash

It was a tough way to resume after the summer break. In deluge conditions at Bothwellhaugh, the title chasers rained in the goals to hit the top of the table. But Accies won’t be only SWPL side stuck for answer faced by this rampant Hibs side, as coach Gary Doctor turns his thoughts to a better yardstick for his side next weekend.
“We know what to expect when we play teams like Hibs, but doing something about it is a different thing.”

“The players did as well as they could in terms of the circumstances and the build-up. It’s disappointing when we look at the manner of the goals we’ve conceded, and in the way, one or two things panned out in the match.”

“Everybody outside that top three thinks we can beat each other, so Spartans will be no different next week. We have to be ready and It’ll be difficult. They’ve made some changes and that will have lifted their morale.” 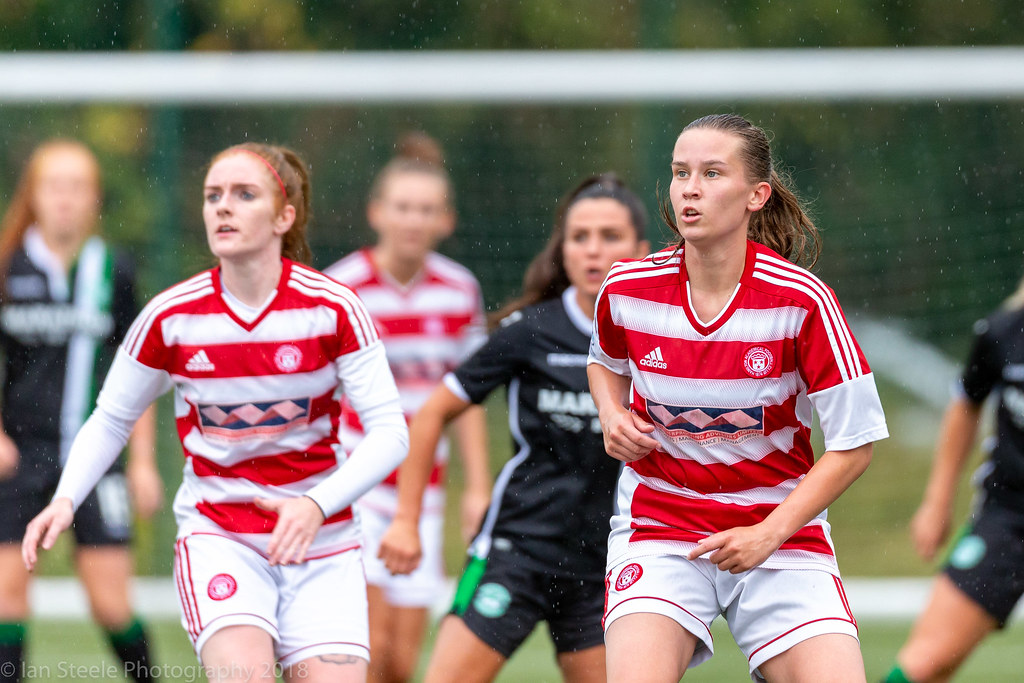 “There are some positives going into next week. We’re moving towards more options going forward, with Kirsty McIntosh and Dionne Brown coming on today and doing well. We were starting to play a lot better in May and June, and hopefully, with another week’s training behind us it’ll stand us in good stead for Spartans.”

Accies managed to contain the visitors for the opening half hour, but three goals in quick succession killed the contest before the interval. Harrison and Brownlie stretched the Accies defence, providing cross ball after cross ball. And it was the unfortunate Jade Lindsay who deflected two of these into her own net just after the half hour.

Reilly added the third on 34 minutes, her low skidding shot from the edge of the box catching out Lauren Grant, and from then on it was to be a case of how many. Accies were by now defending on the edge of their own area, and Michie cracked the upright on 37 minutes. We hadn’t offered much by way of response but made it to the respite of half-time without suffering further damage. 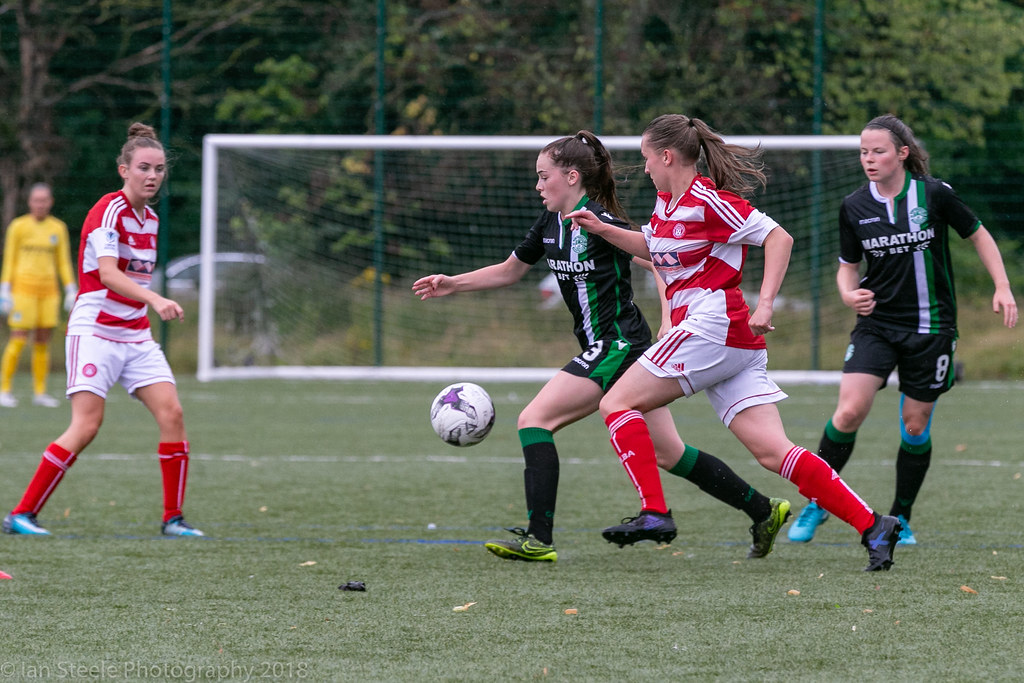 Hibs weren’t finished though and continued to surge forward in the second 45. And the long-range passing finesse of Siobhan Hunter was to complete the scoring for the visitors.

Firstly a raking through ball found Harrison in the Accies box on 56 minutes. She took a fine first touch to tee up McLauchlan, and at the second attempt, she bundled low past Grant.

Hunter then picked out McLauchlan on 74 minutes, her through ball evading the Accies back line for the Hibs forward to rush through and chip home her second. 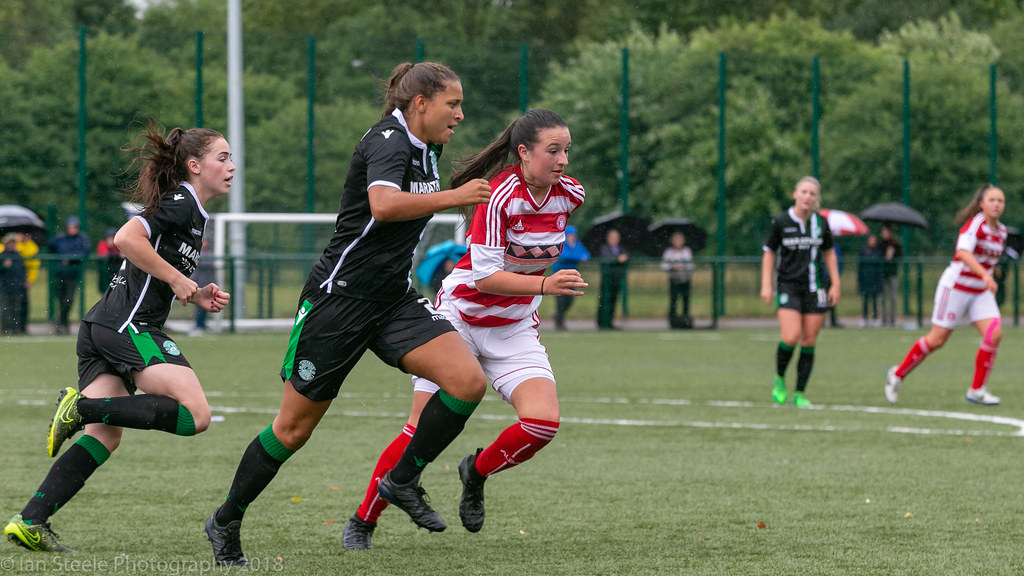 We struggled to make any impact at the other end, and only the woodwork prevented further damage, as Davidson burst through on goal with minutes left, Accies scrambling to safety.
We return to a refurbished New Douglas Park pitch next week to face the other side from the capital Expectations will be much higher than this one for this bottom of the table six-pointer.