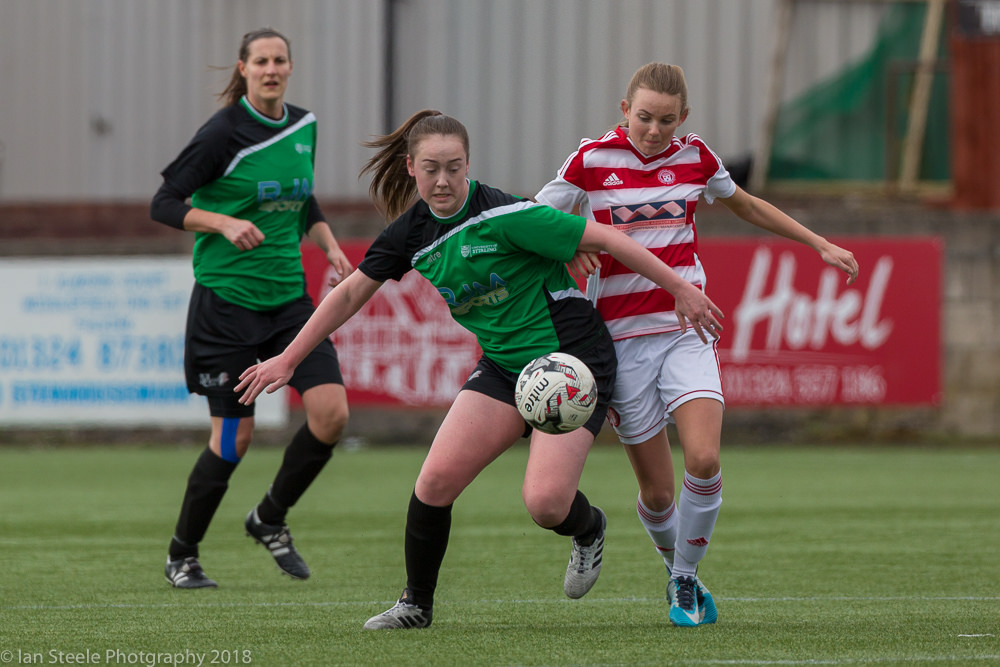 After a disappointing Easter Sunday, defeat means Accies remain at the foot of the SWPL table, still seeking our first points and goals of the new campaign. This would have been a realistic target for our first points of the campaign, but two early Stirling strikes left us up against it, with the hosts killing the game off late on as Accies pushed numbers forward.

A frustrated Manager Gary Doctor hopes this is the wake up call his players need, particularly after such a poor start at Ochilview.

“This could well be what the players need, to sharpen their focus in the match. They know they’ve not played well enough.”, he said. 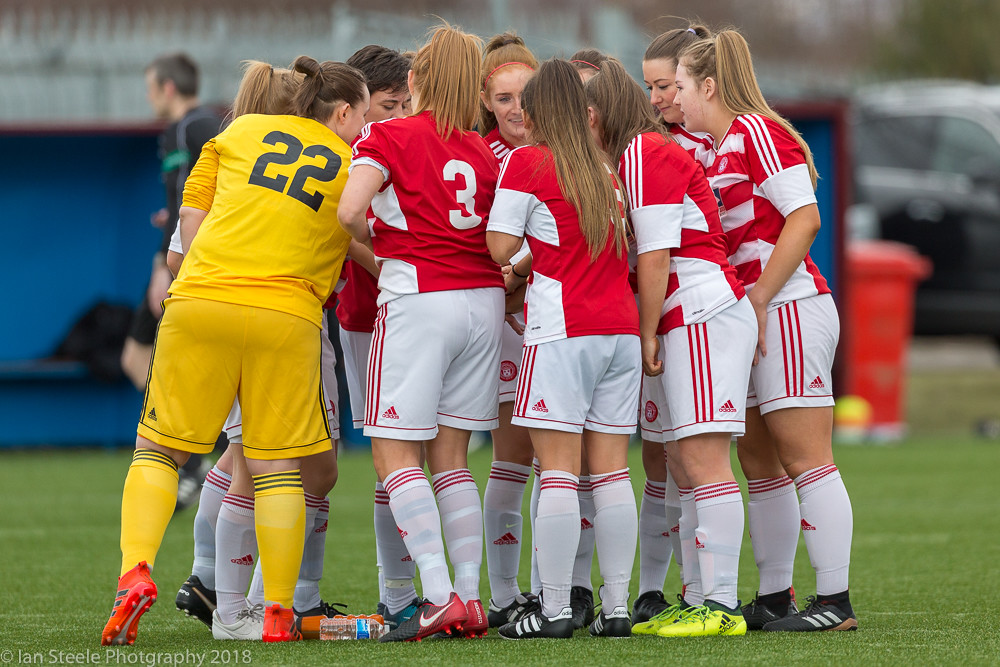 For 70 minutes Accies had given as good as they got. Unfortunately, it’s a 90-minute game, and the manager had a frank assessment of his team’s shortcomings on the day.

“I’ve given the players a lot of praise in the past, but that opening 20 minute is as poor as I’ve seen from us. We had a very specific game plan beforehand and talked about it, but we seem to have gone out and done the exact opposite at times.”

“There’s plenty for us to consider and think about as coaches and players. The players are sitting nodding away about how we’ve not performed, but they need to respond where it counts.” 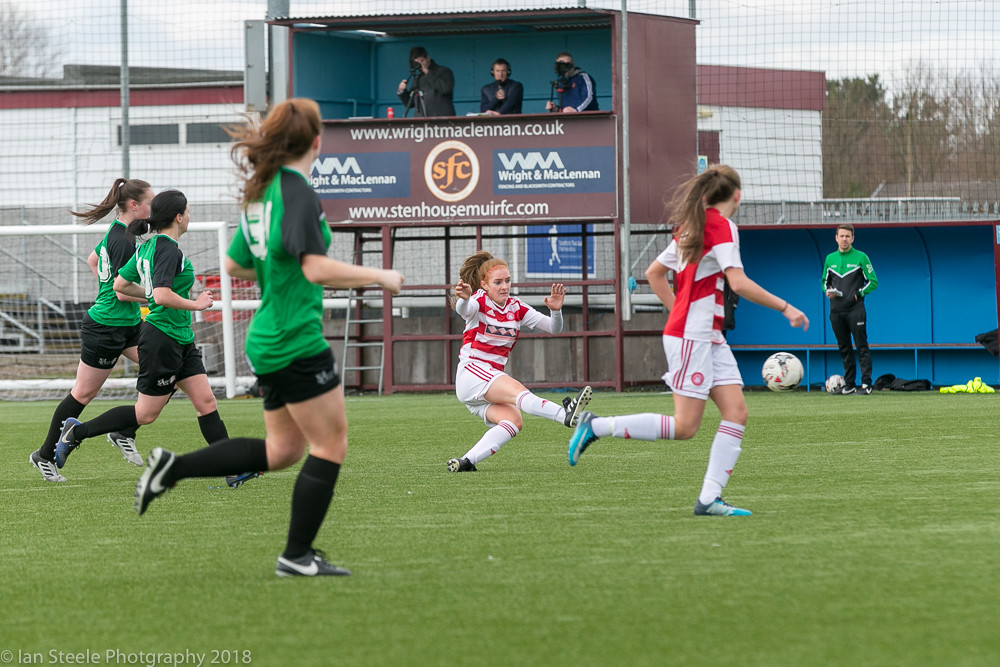 Doctor made three changes to his side from last week’s defeat to Celtic. Kirsty Fraser replaced the unavailable Jade Lindsay in defence. Amy Anderson and Emma Lyons returned in midfield, as Vaz Lyle and Deborah McLeod dropping to the bench.

All the damage was done in that horror opening spell. Accies were chasing shadows at the set piece, and ultimately chasing the match itself before it had even begun. Stirling scented blood every time they got forward, winning the early midfield battles and finding space down the flanks. With Accies struggling to pick up runners at numerous set pieces, Stirling took a deserved lead on 9 minutes.

Beth McKay had provided a few warnings before a corner from the right was headed out to her on the edge of the Accies box. With time and space, she curled an exquisite effort past Grant for the opener. The impressive Stirling forward then turned provider on 16 minutes, setting up Katy Morris from the corner kick, unmarked to bundle home from close range. 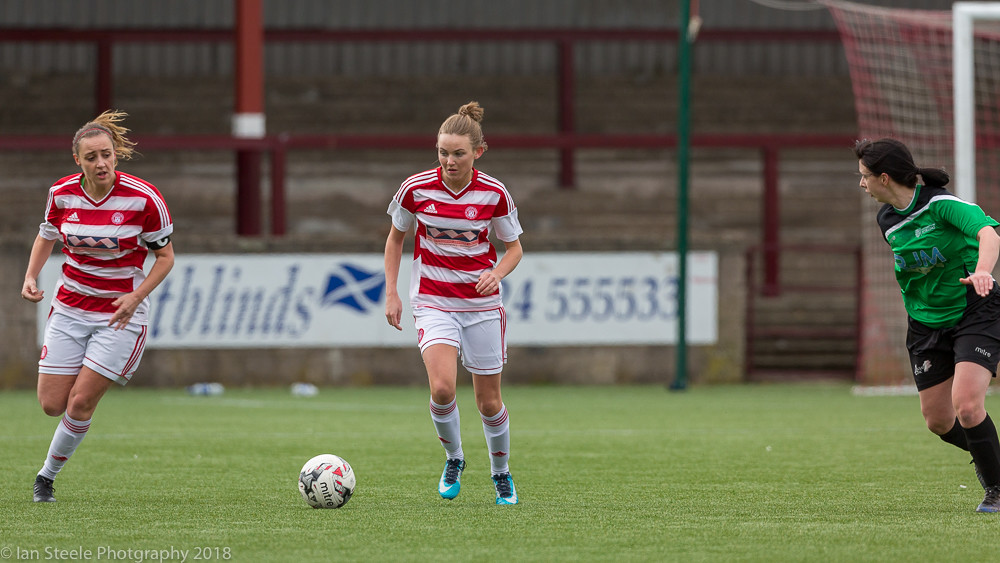 The only way was surely up after this, and Accies did start to play some football. Anderson and Inglis started to find their passing, with half-chances falling to Rice and Gardner as we approached half time. It might then have been a different team talk for Doctor had Kodie Hay not snatched at a shot from point-blank range, from Rice’s corner on 43 minutes.

We ended the half the better side, albeit with a mountain to climb. Hay again almost reduced the arrears on 47 minutes, her hanging deep cross from the right grazing the Stirling bar. The woodwork denied us again on 67 minutes as Dani Connolly then got forward to head off the bar from the corner.

We threw numbers forward, introducing Lyle and McLeod for some forward impetus, but Stirling caught Accies on the break on 76 minutes to wrap up the points, as Ashley McDonald slid Eva Rule through on goal to beat Grant with a tidy finish. The Accies keeper made a heroic save 7 minutes later, after a carbon copy move, diving at Rule’s feet to spare further blushes for her teammates. 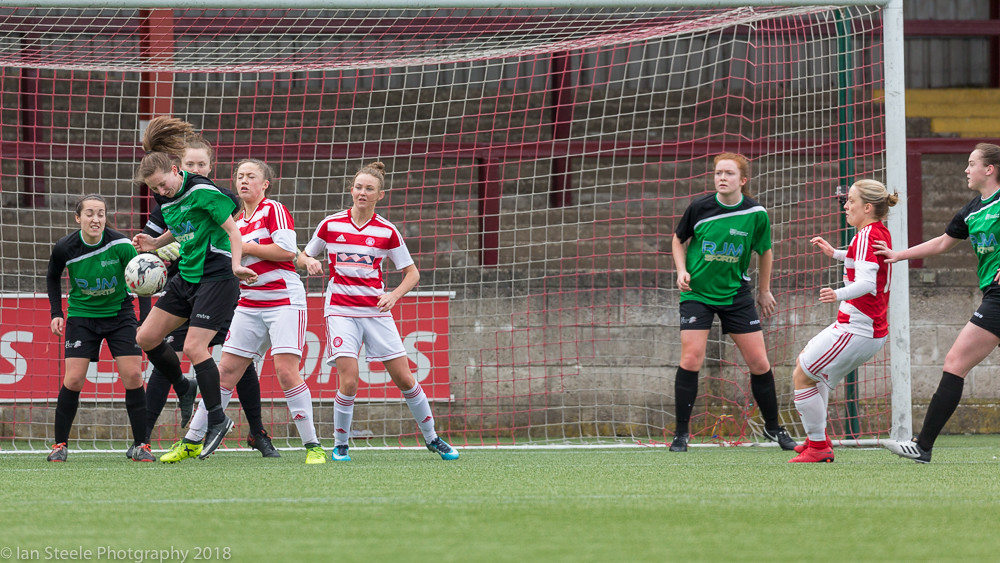 Plenty for the Accies coach to consider then over the next fortnight, before the visit to K Park to face Celtic. The hard work will continue in training, and Doctor could also very well look at a few changes in personnel. An obvious concern is the lack of goals in his side so far. It’s a problem Doctor attributes to the whole team.

“We spend so much time working on this aspect in midweek, and I think we’ve improved in personnel. It hasn’t been down to one individual. Every player has been missing chances in games. We can’t keep saying we’ve been unlucky. There’s been more than luck involved, as to why we’re not converting chances and giving up chances at the other end.”

“We might look at a few changes for the Celtic game. It’s a big challenge ahead for the players because I’ve had umpteen come to me and ask why they’re not playing and they had that opportunity today. I can’t complain about anything they do during the week, but it’s what we do on Sundays that count.”