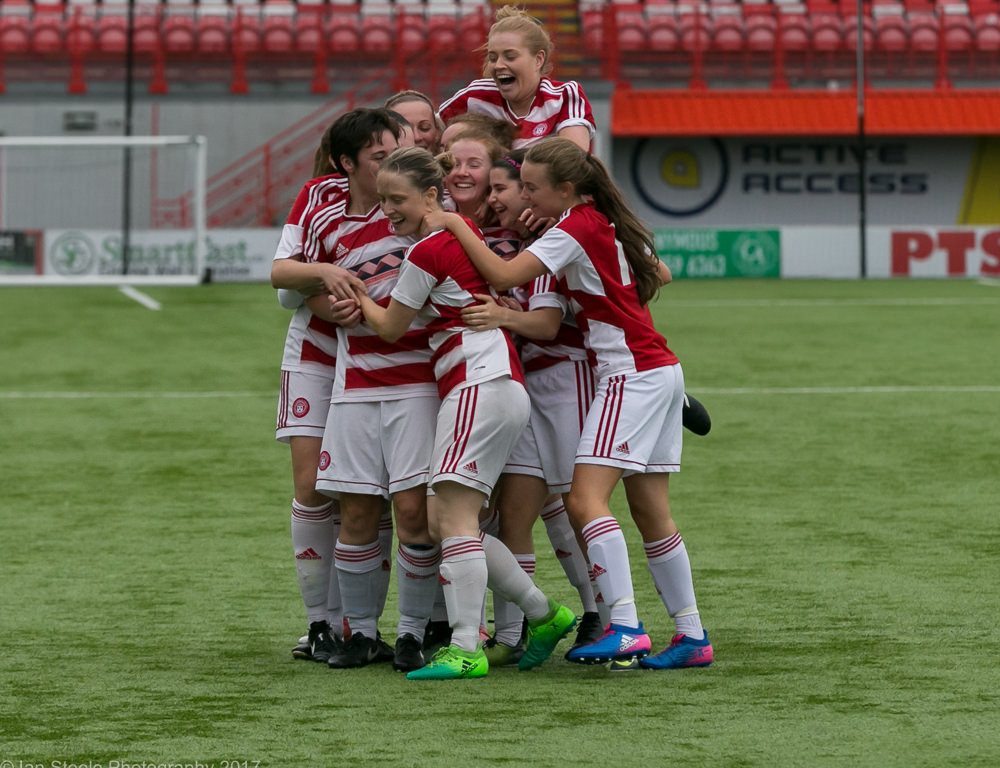 The slenderest of victories over Aberdeen didn’t matter as we took a huge step towards maintaining our top division status at the SuperSeal on Sunday. Mhairi Lyle’s second-half goal was the first Accies goal since August but was all that mattered for a vital 3 points. We have now established a 4 point gap over the bottom-placed Dons with 5 games to go.

Lyle struck just a minute after the break, just as coach Gary Doctor was planning to sub her and reshuffle his side in a scrappy game of few chances. It’s a change he was glad to delay.

“Mhairi took her chance really well and stayed on a wee while longer. There weren’t many chances today, but it was all about the win,” he told Accies WFC Media after the game. 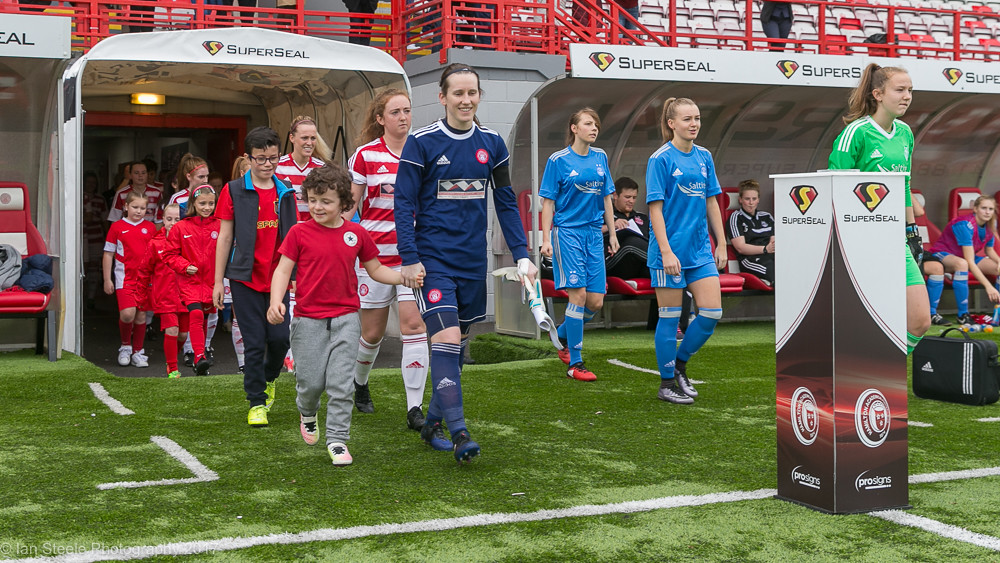 The Teams approach the pitch

“I thought in the second half, after the goal we were pretty comfortable, albeit there wasn’t a huge amount of quality in the game. Both sides were giving everything, but there was a sense of anxiety in the play given the three points at stake.”

In her return to the first team Lyle, in fact, had Accies’ single chance of a disjointed opening 45. Laura Gallen’s through ball had her one on one with Dons keeper Emily Mutch but the Accies forward could only fire off target on 15 minutes.

The Dons were, in fact, to have slightly the better of the opening half, finding more width to cross and test the Accies defence, but they couldn’t convert from some promising areas. Accies captain for the day Elaine Fleming pulled off one spectacular save to deny the Dons on 29 minutes, tipping a Gordon shot around the post. It was to be the visitors’ best opportunity of the game. 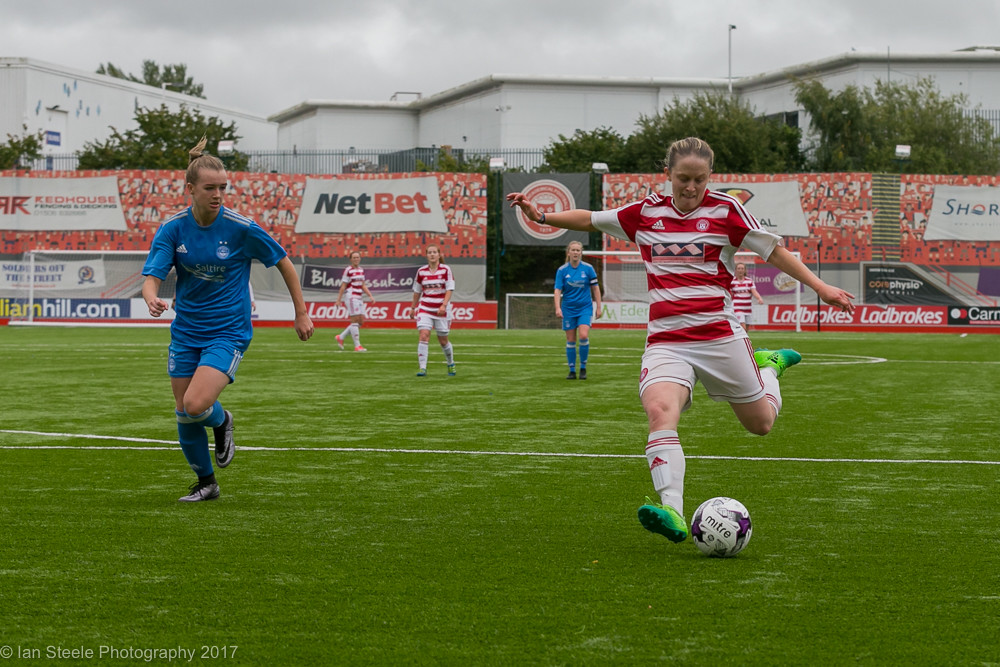 Instead, it was Gallen who combined again with Lyle for what turned out to be our decisive goal just after the break. This time Lyle controlled the ball and shrugged off her marker to fire into Mutch’s far corner.

The visitors couldn’t find a response and we looked more comfortable and confident with the lead, although neither side could craft much else of note in the second half. Instead, the closing stages were marred by a nasty injury to Dons defender Beth McPherson as Accies held on for the three points.

In her fourth start, Teagan McCann once again impressed for Accies, giving us more forward options. With experienced players such as Lyle, Gill Inglis and Deborah McLeod returning we now have a better pool to pick from, starting at home to Stirling University this weekend.  Gary Doctor nevertheless still keeps faith with the youth players who have stepped up from the Development Squad in recent weeks and is quick to single out their contribution. 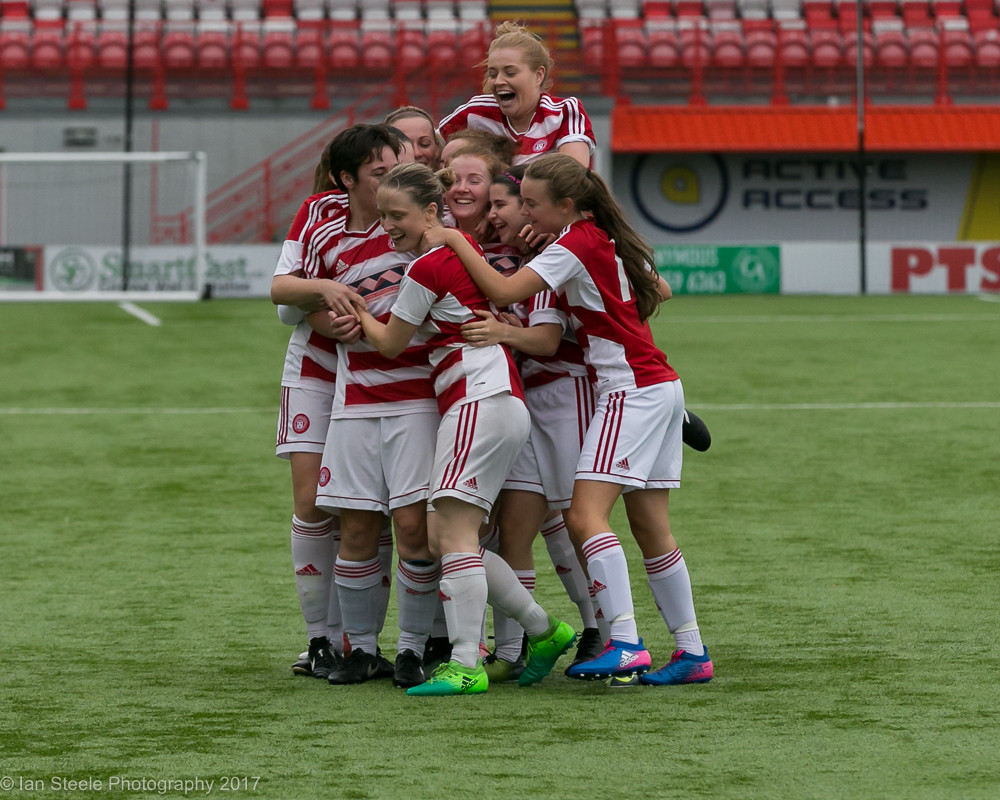 “Emily Shearer and Teagan McCann, two seventeen-year-olds, have been absolutely terrific for us recently. We stuck by them after last week and it’s up to others to get the jersey off them now.”

“Overall we’re really pleased with today. But just because we’ve beaten Aberdeen we can’t just assume that that’s it. We’ve got to get points from other teams now. Stirling next week gives us a good opportunity to build some momentum.”