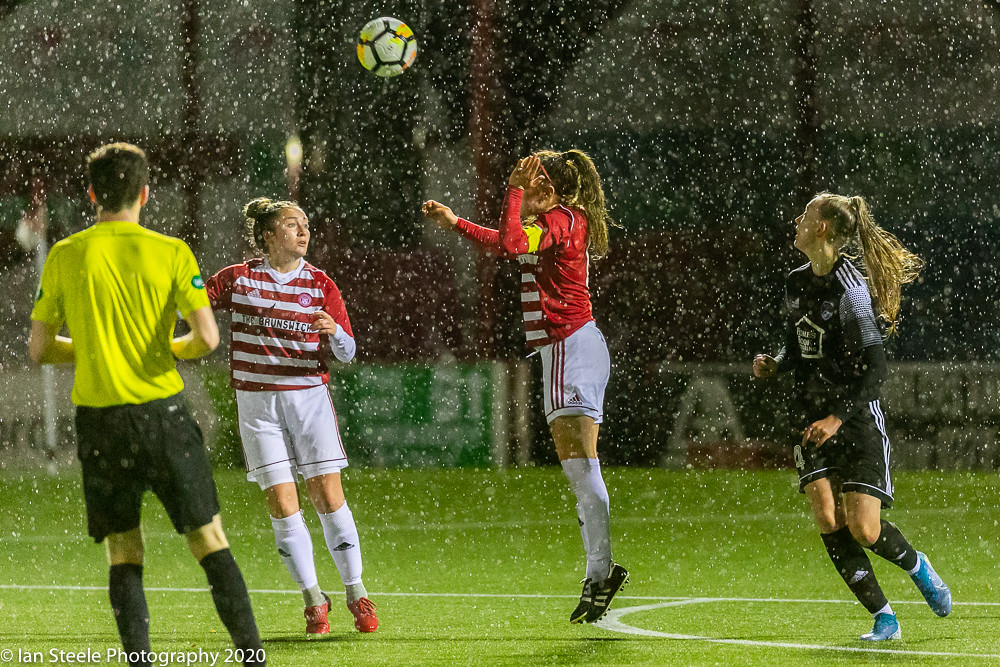 Hamilton lost their first game of the season yesterday afternoon, losing 2-1 to Glasgow Women at a wet and windy New Douglas Park.

It was a below-par performance from Accies, who fell behind in the 13th minute through Kaitlin Canavan. Accies levelled shortly before the interval as Ellie Kane scored her first of the season, however, as the game looked to be petering out into a draw, a 30-yard strike from Taylor Hamill stole the points late on for the visitors.

Manager Gary Doctor gave his thoughts: “It was really disappointing. I suppose if you look at the first three games it’s not too surprising as we haven’t clicked at all and the better team won. I’m looking for a reaction on Wednesday against Partick Thistle.” 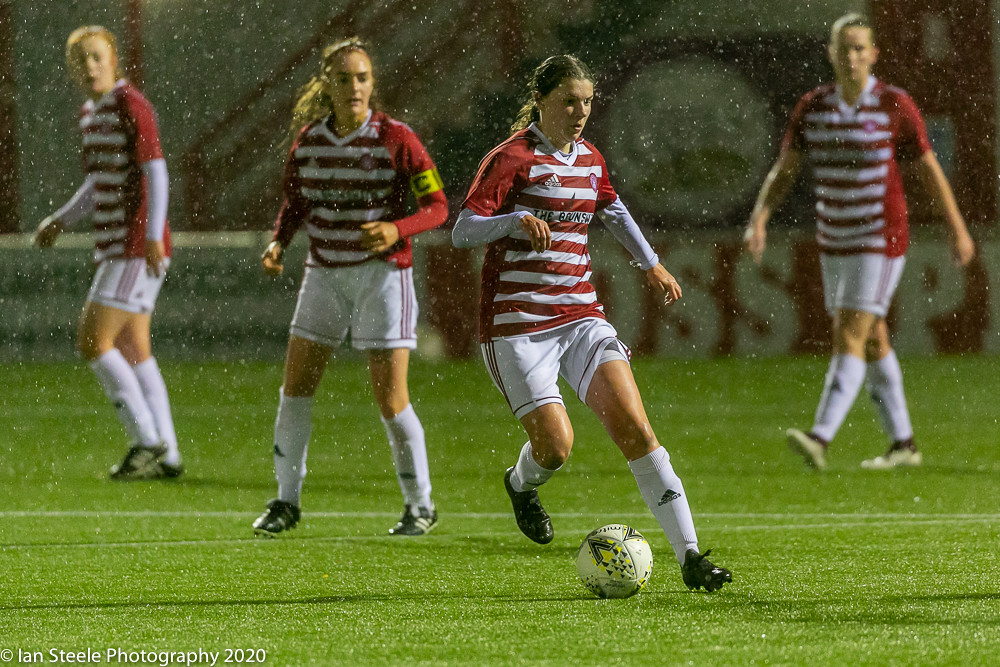 Accies made three changes to the starting XI that won late on at Rugby Park last Sunday, with Darcy Molley and Ellie Kane being awarded their first starts of the season while Dionne Brown up-front.  They replaced MT Gardiner, Lauren Evans, and Dani Connolly.

It wasn’t the start that Hamilton would’ve hoped for as the visitors started the brighter side and took the lead on the 13th minute when Kaitlin Canavan linked up well with Suzie Wyatt before slotting beyond Lauren Grant.

Following a tough opening half-hour, Accies finally began to build some momentum as the first half came to a close as Dionne Brown’s strike went narrowly over the bar. Minutes before the break, Accies managed to equalise Halloween howitzer from Ellie Kane.  The winger done well down the wing, beat the offside trap and lobbed the ball over and outrushing Chloe Gibney. 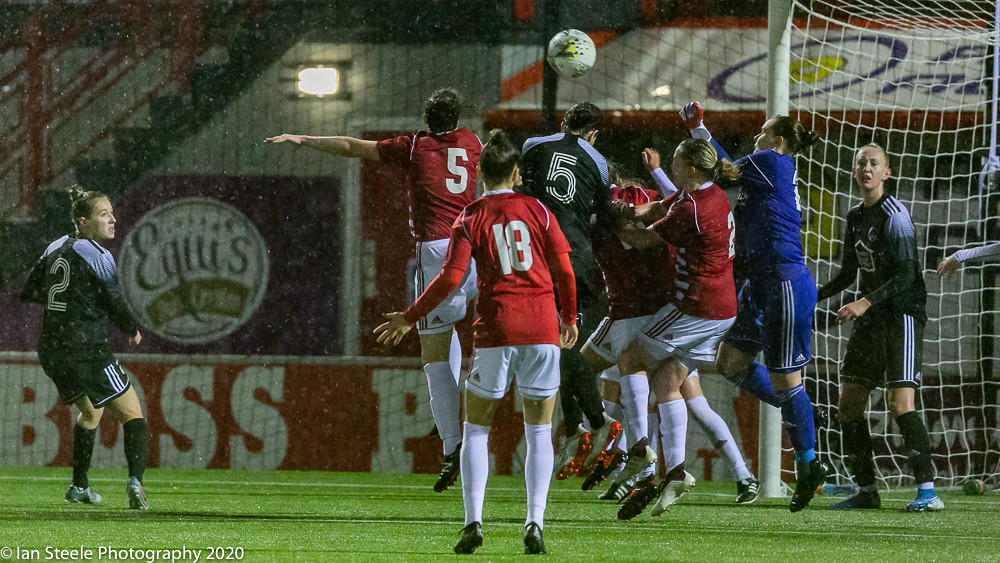 The conditions worsened as the second half got underway and chances became few and far for both sides.

Substitute, Chloe Muir, who played an integral role in last weekend’s win at Kilmarnock had an excellent chance to complete the comeback as she was played through one-on-one, but her lofted effort landed on the roof of the net.

The game looking to be heading for a point a piece, but a sickening two-minute spell saw the visitors steal all three points near the end. Rachel Ross was sent off for Accies as she cynically brought down Taylor Hamill as she raced through on goal and shortly after the attacker made the numerical advantage count as she fired the resulting free-kick beyond Grant from 30-yards out. 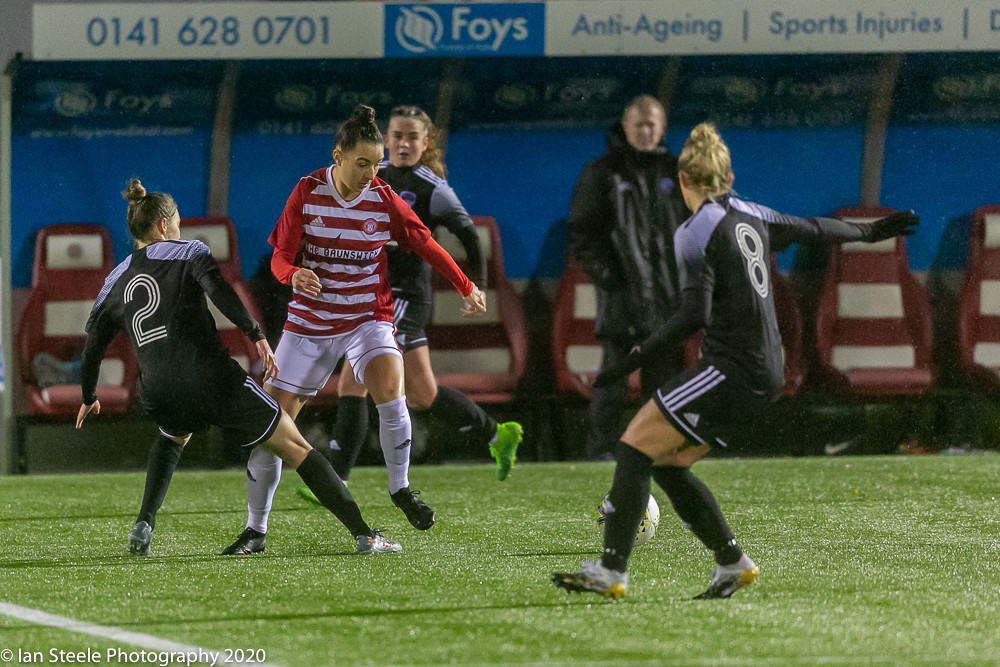 It was a tough result to take for Hamilton, who will be looking to put things right quickly when they travel to face Partick Thistle on Wednesday evening.