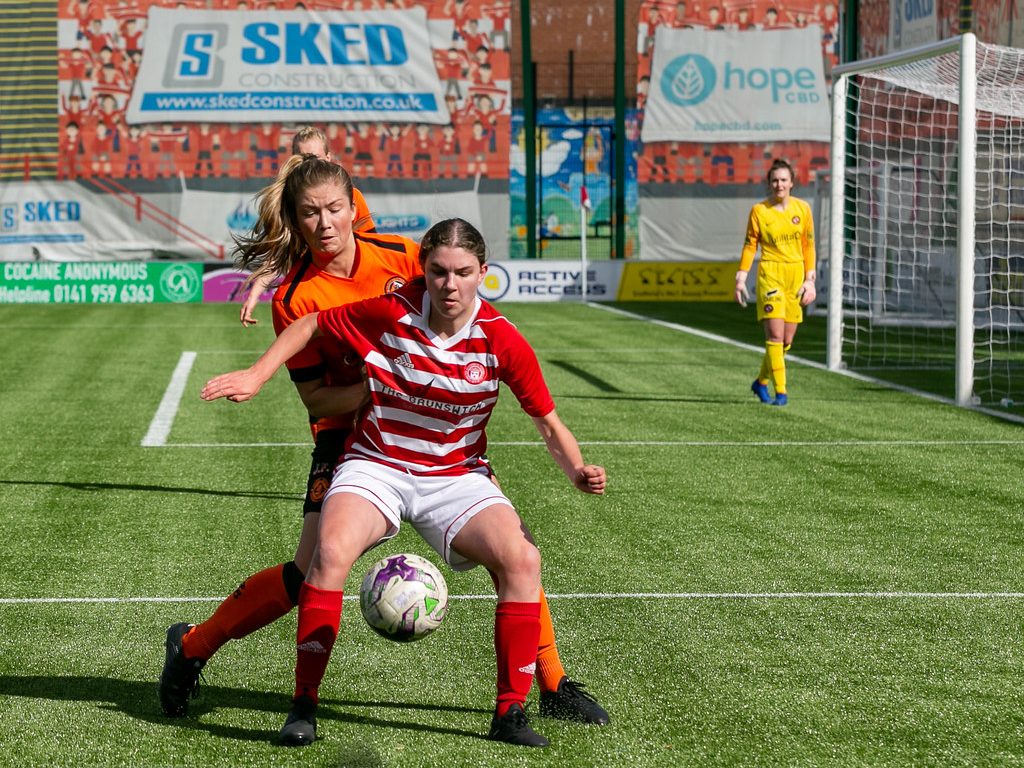 It’s been the same old story so far this season for Accies, who should’ve won the match comfortably. It was a dominant performance from start to finish from the visitors, who hit the post twice, hit the crossbar twice and missed a whole array of gilt-edge chances.

However, they were left to rue their missed opportunities as United were ruthless on the break and somehow found themselves up 2-0 at half time before just about managing to hold onto all three points.

Accies were the dominant side in the early exchanges and were presented with two fantastic opportunities to take the lead. On the third minute, Amy Anderson’s delivery into the box was headed onto the bar by Lauren Evans, before the striker got on the end of another set piece shortly after but could only volley over.

Despite being controlling the game, it was the home side who took the lead on the 14th minute against the run of play as Stina Kleppe’s ball into the box wasn’t dealt with by the Hamilton defence and the ball couldn’t have fallen any kinder for Robyn Smith, who had the easiest of finishes from point-blank range.

Hamilton responded well and hit the post not once but twice on the half hour mark. Kirstie McIntosh’s cross evaded everyone and hit the bar, the rebound falling to Evans, who’s shot came crashing back off the post and from the second phase of play Nicola Sturrock’s strike from the edge of the box also came back off the other post.

Dundee United doubled their lead on the stroke of half-time. Jade McLaren’s through ball was punched by Lauren Grant straight into the path of Kleppe and she kept her cool and finished from just inside the box despite Georgia McTear’s effort to clear the ball off the line.

Accies deservedly pulled one back shortly after the restart when Darcy Molley’s pinpoint cross found Evans, who nodded the ball beyond Caroline Nachman.

Ellie Kane came off the bench and nearly made an immediate impact as she let fly from range, but it went narrowly over the bar.

Accies threw bodies forward inside the last 10 minutes in search of an equaliser and almost got just that when Nicole Cairney’s curling effort was brilliantly tipped over by Nachman.

Hamilton continued to mount the pressure as full time loomed, this time Elise McCormick getting on the end of McIntosh’s free kick, but again it went wide.

The final chance arrived deep into stoppage time, Cairney doing well once again down the right flank and she cut it back for Amy Anderson who came agonisingly close to finding the equaliser on her 100th Hamilton appearance.

Ultimately, Accies somehow fell to defeat in Dundee. However, there are plenty of positives to take into an important game against Stirling University next Sunday.

Gary Doctor’s Reaction: “We feel as if we played fairly well and we’ve created as many chances today as we have in any other game this season. We are just lacking some confidence in front of goal.”