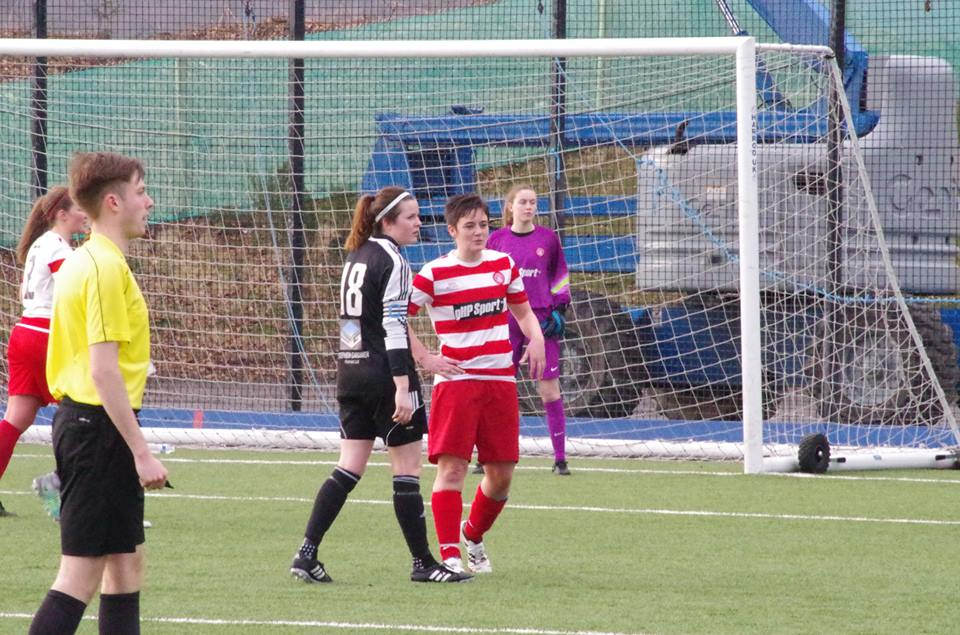 A new league season gets underway on Sunday, as Accies return to the top division hosting Celtic Ladies at the SuperSeal. After last season’s promotion triumph, fresh challenges await, with few coming any bigger than Sunday’s opponents. Coach Bobby Watson is eagerly anticipating this season’s curtain-raiser:

“Celtic are a top team and have recruited well over the close season. It will be a tough opener, but we’re feeling positive and strong. It has been a good pre-season but we know we have to make a good start in what will be a tough league. ”

Accies lost 7-0 in the last match up between the sides, with 7 players surviving from that match in June 2015. They know exactly what they’re up against at the weekend, and there will be plenty of extra incentive, with ex Celtic players Dani Connolly, Megan Quinn and Jade Lindsay all in the home ranks. The main recruit close season was also from Celtic, with the arrival of forward Joanne Paton, whom Watson hopes will complement the qualities already in evidence from last season. 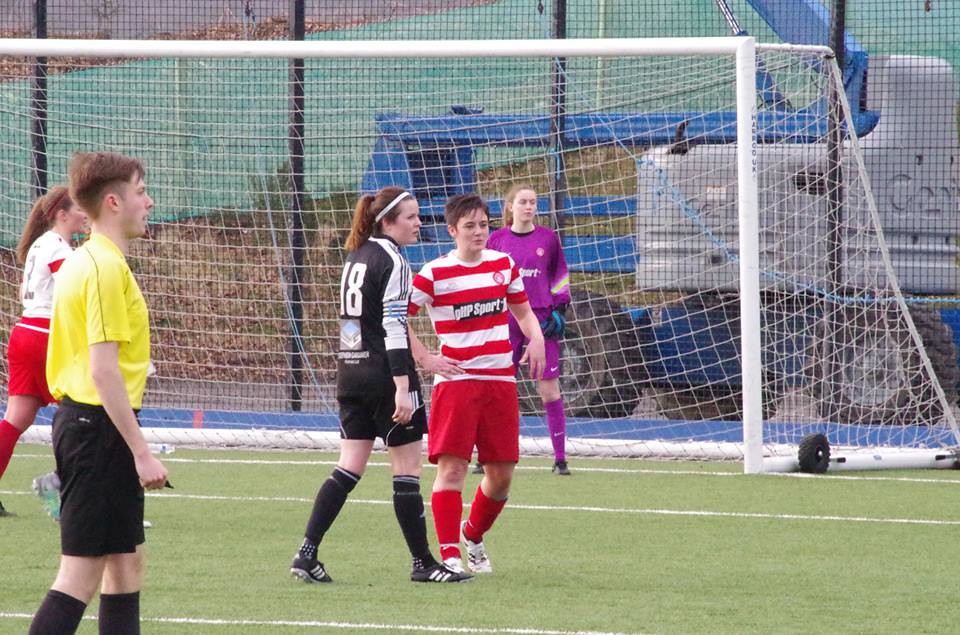 “We’ve kept the nucleus of the side from last year. They’re a great group and a very focused, hardworking unit and have trained well, but it’s good to be able to bring in someone like Joanne who will be an important player for us this season.”

The new signing showed just what she’s capable of as she spearheaded a lethal attack in Accies’ final warm-up match, a one-sided 10-0 win at Jeanfield Swifts last Sunday. With an intensive pre-season behind them, the side now looks sharper in forward areas and ready to face the sterner hurdles ahead.

It was a very one-sided encounter, with Accies 7 up at halftime. As the game lost its competitive edge it was all about match fitness and preparedness for Sunday. After the previous weekend’s squad rotation, Gary Doctor’s side returned to a more familiar look for the visit to Perth, with only the injured Amy Anderson missing, but pencilled in to return for the Celtic game. 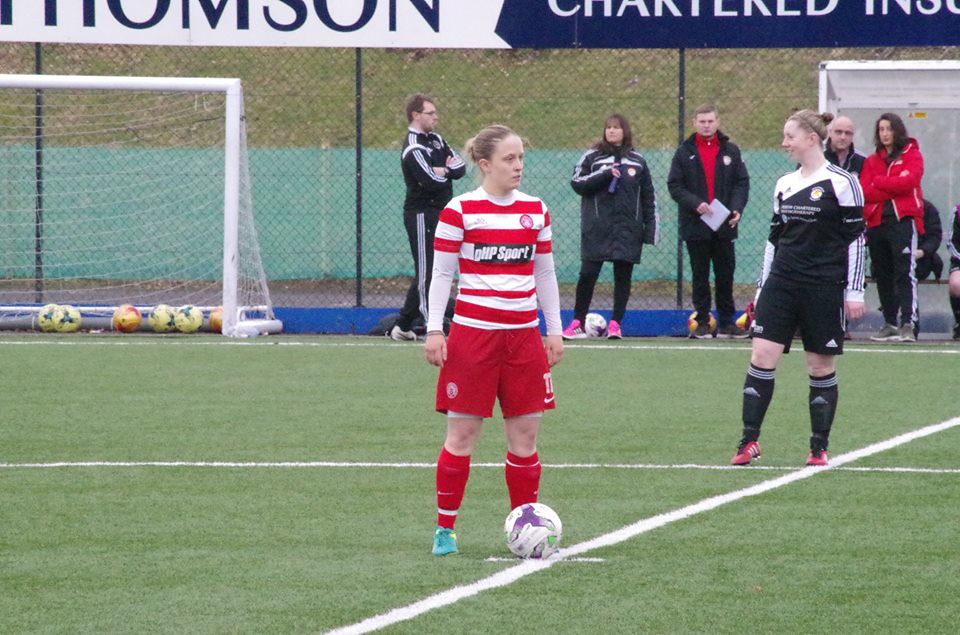 Paton ran the Jeanfield defence ragged throughout, with Accies out of the blocks early, looking sharper and dominating the midfield. The new signing had already carved out the first chance for Lori Gardner who fired over on 3 minutes but was to open the scoring two minutes later, running onto a quick ball through the middle by Katherine Jaycock, to outpace the Jeanfield defence and finish in style.

The pressure just built from there, with Swifts unable to push out in any shape and Accies closing down strongly. A second goal arrived on 14 minutes, as the Jeanfield keeper’s goal clearance was pounced on by Gill Inglis in midfield, and with the keeper out of position, the Accies captain quickly shot from distance into the empty net.

Lauren Kerr then had a shot well turned around the post as Accies turned the screw in the middle of the park, with lighting breaks down the flanks. Jeanfield were struggling to match the pace and track runners, and Mhairi Lyle was next on the scoresheet on 29 minutes, tapping home after Megan Quinn had released Paton down the left to lay on the cross.

Paton’s pace through the middle was then the key to her bagging a five-minute hat-trick. Firstly Danielle Connolly’s defence-splitting pass put her through to outrun the defence and beat the keeper. Her next goal arrived in almost identical style, as Inglis’s long clearance found her rushing through one on one to score with a composed finish. As onlookers struggled to keep count, the two combined again for number 6, Inglis getting down the right flank to float a deep cross to the far post, with Paton unmarked to volley home. 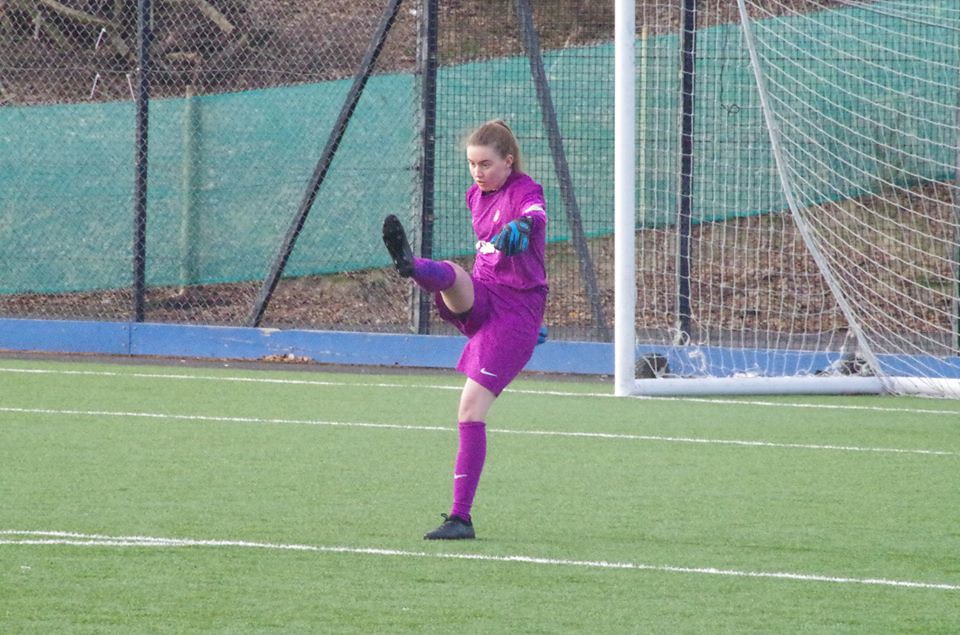 The shell-shocked hosts were well and truly under the cosh, and they were soon 7 goals down with just 37 minutes on the clock. From Kerr’s set piece, Connolly’s header struck the bar, and as the ball rebounded clear, the unfortunate Amy Henderson deflected the ball into her own net.

This was all over as contest but Accies continued to press and threaten into the second half, with perhaps one eye on next weekend. For Jeanfield it was about trying to salvage some pride in the second half. But Accies hadn’t finished with them, and on 65 minutes Paton won a free kick on the edge of the box and supplied the delivery Lyle to head home her second goal number 8 at the far post on 65 minutes.

Paton then helped herself to her fifth of the game, after Connolly had helped the ball on through the middle of the Swifts defence, for the on fire striker to round the keeper and score on 70 minutes. The home side was just hanging on for the final whistle, but on 85 minutes Accies struck double figures as Paton laid the ball through for Emma Lyons to fire home.

Accies are under no illusions that Celtic will provide a much sterner test, but goals will be a great confidence builder going forward. The firepower on show on Sunday, along with a strong competitive home record, unbeaten in a year, will have some daring to dream…