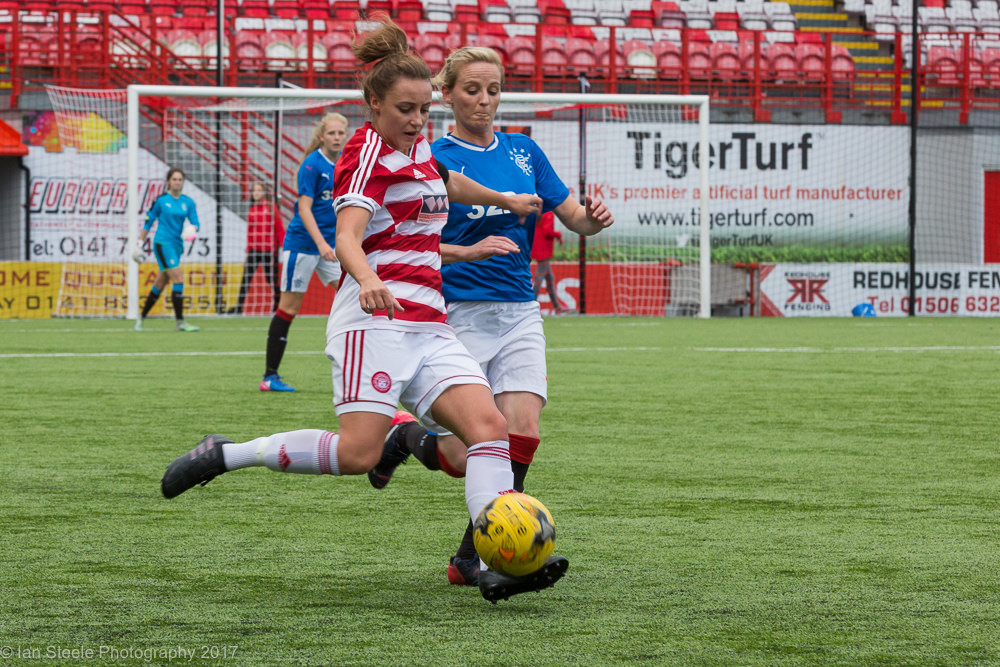 Three second-half goals were to end our Scottish Cup hopes yesterday, on a blustery autumn day at Superseal Stadium. It was a tight game at halftime and looked like going either way, but defensive lapses allowed Rangers to take control and cruise through to the semis.

Coach Gary Doctor was left frustrated at the self-inflicted nature of goals conceded, all of which fell into the avoidable category. After a first half where we more than matched the visitors it was bitterly disappointing to lose by such a convincing scoreline.

“Yet again we’ve just been the architects of our own downfall.  We wanted to go further in the competition and there’s disappointment at the way we’ve conceded the goals.”, Doctor says. 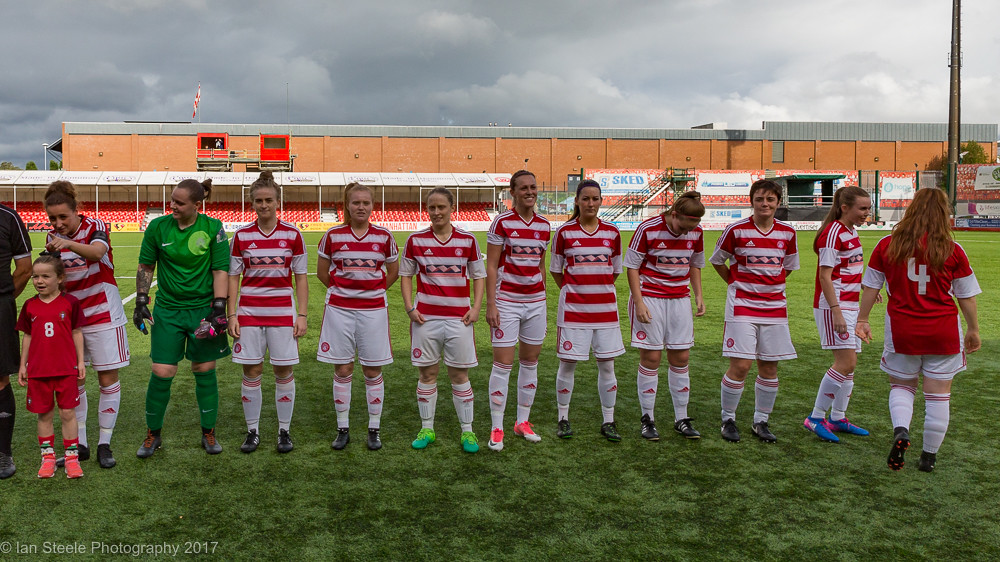 “I thought we got on top later in the second half and created the one clear-cut chance. We didn’t make it count, though. The game was certainly in the balance at halftime. I certainly don’t think anybody could have predicted a 3-0 in the second half.”

“The players themselves need to do better. They’re getting into good positions but making wrong decisions or mistakes. Equally in defence today, we defended the box and open play really well, but our concentration is absolutely letting us down at set plays.”

In the first half with neither keeper seriously tested, our opponents began the brighter, winning a series of set pieces without really giving Grant much to do. Eventually, we established a foothold in the game, with Gill Inglis instrumental in driving us forward. Her exchange with Emma Lyons on the edge of the box gave us the first sight of goal, but on her weaker foot, Inglis could only find the side netting. 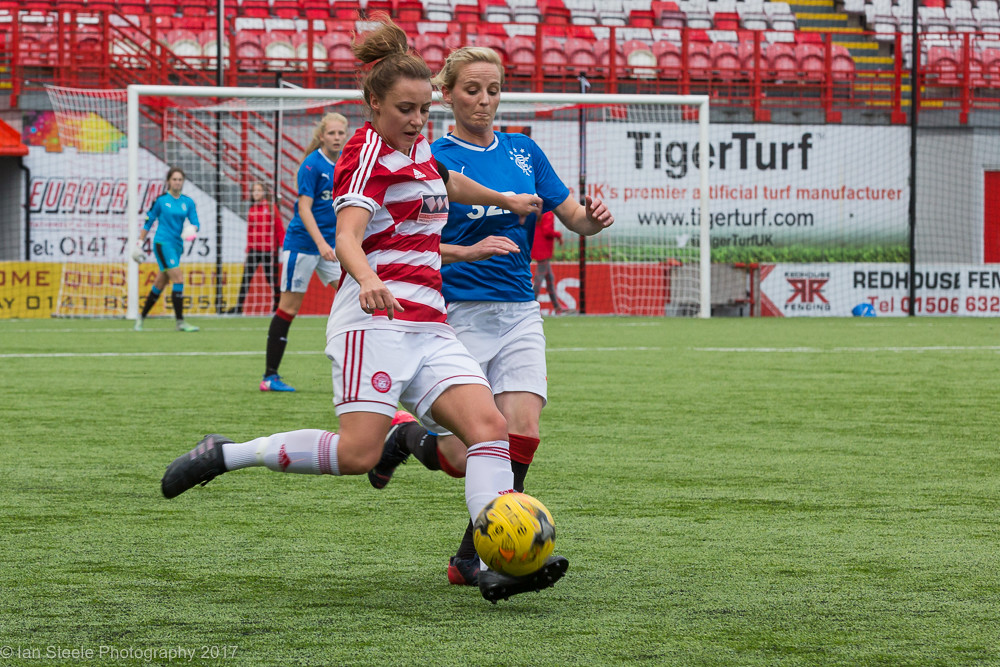 A minute later and we carved out an even better chance, and Laura Gallen should have done better clean through on Elliot. With time to pick her spot, she skewed her effort well wide of the post.

Both sides toiled in the rain to give the 200 plus crowd a spectacle, but neither side carried much cutting edge. Rangers’ best opening came on 34 minutes, with Davidson getting in behind the Accies defence to square for Gemmell, who will feel she should have done better.

The second half showed a similar pattern but suddenly turned in the host’s favour during a five-minute spell. After Davidson won a free kick on the left edge of the Accies box, Laura Muir’s free-kick evaded everyone and found Grant’s far corner on 55 minutes.

We were to be undone from the set-piece again five minutes later, this time from a Gemmell inswinging corner from the other side, glancing off the head of Inglis and giving Grant no chance. Suddenly we were 2 down. On came Carolina Richardson as we went for broke up front. 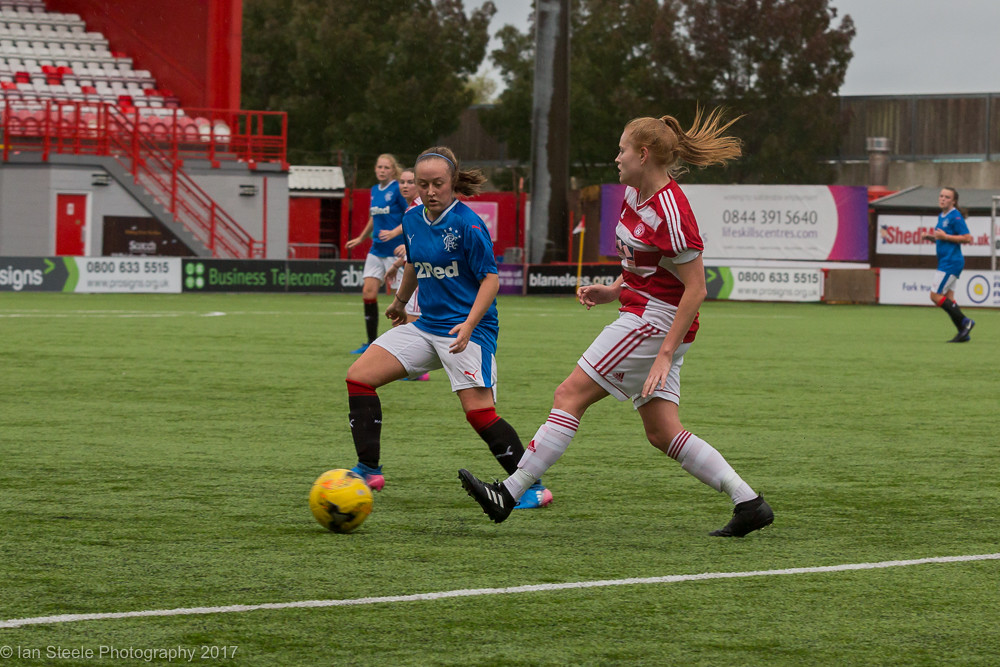 But Rangers soaked it up and played with greater confidence and control as we chased the game. Number three arrived on 74 minutes, as the visitors forced a mistake from an Accies clearance, the ball finding its way through to Hayley Sinclair inside the box to chip the onrushing Grant.

All focus is now on the league, with a two-week break before the visit of Celtic. Last weekend’s defeat at Glasgow City leaves Doctor’s side second bottom of the table with some testing fixtures around the corner.

“The players need to lift themselves and we’ll work with them. Celtic and Hibs next are two tough games, but the players just need to come in and work and try and get things right.”

“We’ve had a few players out for various reasons and we’ll be hoping by the end of the month to have more to choose from by the time of the next game. We’ve just got to work with who we’ve got and improve on today.”