Accies Bow Out Of Cup As Weather Hit Season Restarts

In only our second competitive game in a month we bowed out of the League Cup, with goals in each half seeing Celtic advance to the semi-final. The weather has been Accies’ main opponent recently, but Gary Doctor insists his players have what it takes as we now embark on an intense run of fixtures.

“It’s going to be a busy run, going right through the summer, but we’re ready for it. I think today, especially in the second half we saw the result of our lack of games. Celtic have played two games more at this intensity. I can’t fault our commitment or attitude, but maybe we ran out of steam a little today.”

We were just growing into the game after a slow start when we fell behind five minutes before halftime. Lori Gardner had passed up the chance of the match on 25 minutes, clean through on Gibson, before Josephine Giard’s flicked header broke the deadlock for the visitors. 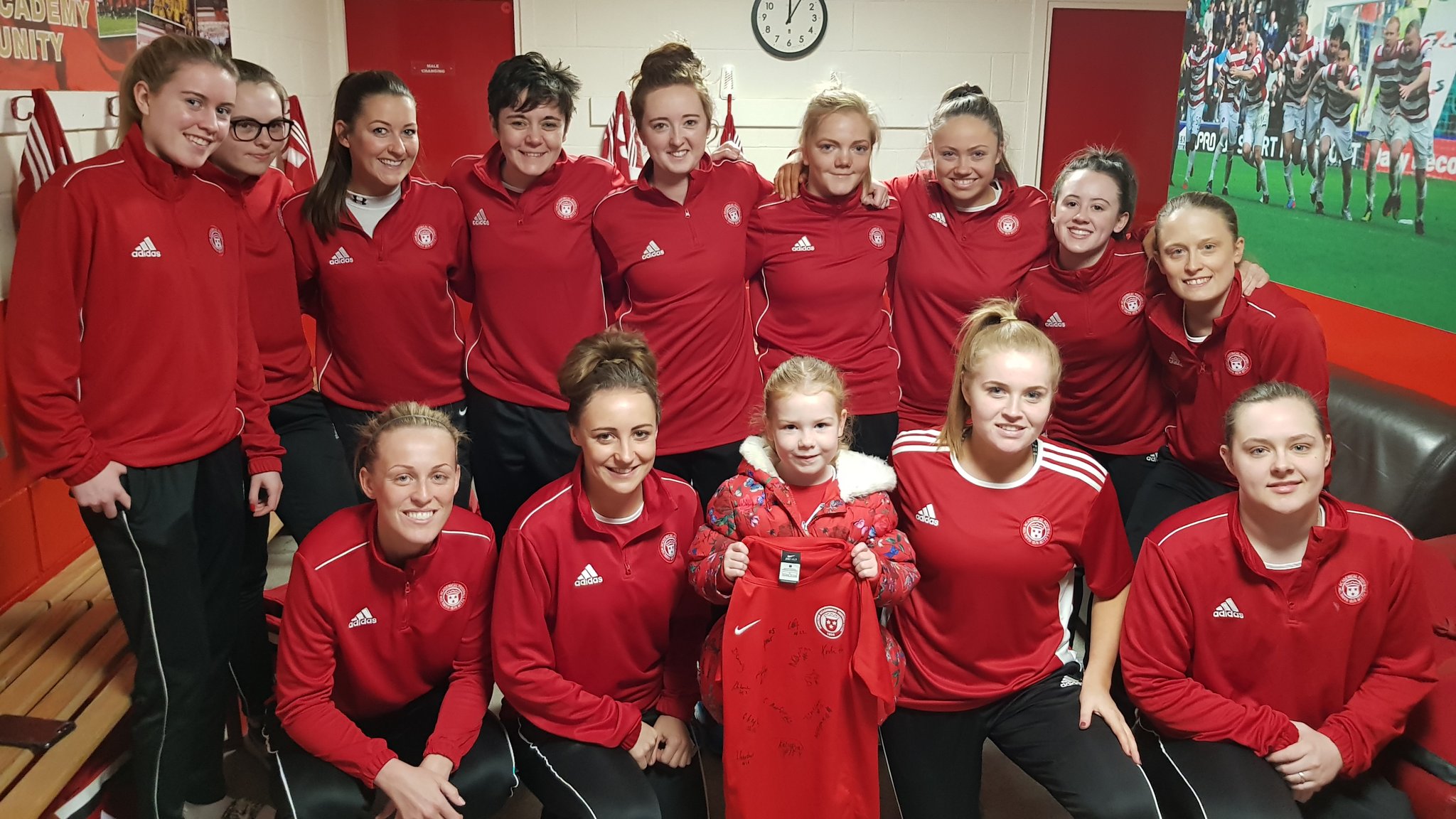 The German forward added her second on the hour mark, after Accies had struggled to clear a Courtney Whyte cross into the box. Neither side was at their best in a scrappy second 45, but we retained focus and concentration throughout.

It remains a frustration that we can’t make the most of opportunities which come our way at important times in matches. Katey Rice and Gardner had further opportunities just a minute after the opener, but their shots didn’t present much difficulty for the Celtic keeper.

But for a few Accies breakaways, with Rice looking good when she could get into attacking areas, Celtic settled on their lead. We thought we had averted further damage when Lauren Grant pulled of a superb acrobatic stop from the penalty spot on 75 minutes. Three goals would have been tough on us, but Celtic wasn’t to be denied as Donaldson blasted an unstoppable shot past the Grant injury time.

It’s back to league business next weekend, as Doctor’s side visit Stirling University, as we go looking for our first league point of the season. Accies sit pointlessly after two games, but points come down to the finest of margins, as our matches against Stirling last season show.

“I think the score line’s a wee bit unfair on us.”, the Accies coach says. “There weren’t a lot of chances at either end, but Celtic have taken theirs. The first goal is always huge, and they got it just as we starting to settle. We now need to take these performance levels against the likes of Celtic and Glasgow City into all the matches.”