Accies Lose Out To Top Class City Side

It has been a return to the deep end of top division football for Accies, having now faced the top four top sides in the Scottish women’s game. With no points on the board yet, no fixture looked more daunting than the weekend visit of the ten times reigning champions Glasgow City to the Superseal. Gary Doctor’s side was determined to try and put last week’s heavy loss at Hibs behind them, and this time output in an encouraging performance against another top side.

As anticipated a City side full of internationals was to dominate possession and emerge victoriously but weren’t sure of victory until Brogan Hay’s strike on 70 minutes put them 3-1 up.

Accies had defended stubbornly and fought back from losing two swift first-half goals to score and make a contest of it. With the help of the woodwork, and a string of saves from Elaine Fleming they were well in the game until late on. The Accies coach was pleased with the overall response from the previous outing at Hibs.

“It was important not to have a heavy one after last week. Losing those couple of goals, so close together in the first half was disappointing because we had done well up until that point. We got ourselves a lifeline before halftime and rode our luck a little when City hit the woodwork three times. We’ve not had much luck yet this season, so I was just pleased we had something to cling to at halftime.” Doctor says. 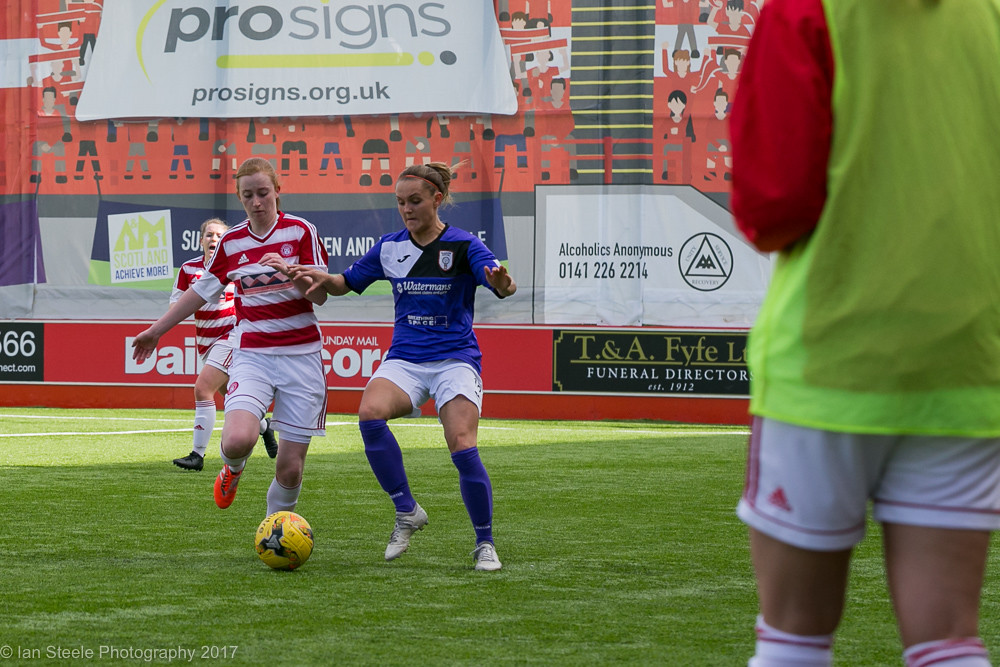 “We always knew this was going to be a tough couple of weeks, Hibs v City back to back. We spent a lot of time without the ball. It was very difficult for us to push too high and take risks against a team of City’s quality. We had to pick our moments that’s where our goal came from. The players were great and executed what we wanted pre-match.”

“We didn’t fold after the third goal, which would have happened in years gone by against Glasgow City. But we have a lot to be proud of and pleased about. We still don’t have points to show for it but Aberdeen next weekend is a good opportunity for us to get off the mark.”

Accies looked to be matching up well for the opening 20 minutes but suddenly fell behind to two swift goals after a period of sustained City pressure. Leanne Ross’s through ball found Grant in the box. Forced wide she picked out Noelle Murray guided a low shot into Fleming’s corner on 25 minutes 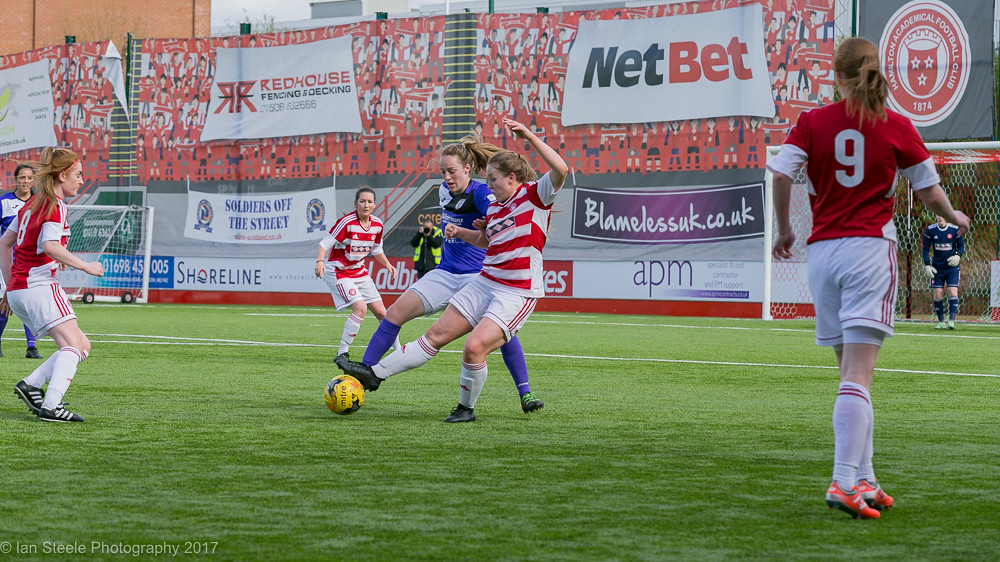 The next goal arrived two minutes later, and the Accies keeper could only watch as Lauren McMurchie smashed a rocket from the left angle of the box into the top corner. It looked like a long day from here on.

But Accies bounced back with their first attempt on goal on 32 minutes. The tactic was clearly to soak up the pressure and utilise the pace of Joanne Paton and Lori Gardner up front. The two combined as Paton hung an awkward high cross in from the left, and Alexander could only palm the ball out to Mhairi Lyle who bundled home from close range.

City responded with a barrage and Accies somehow survived to stay within a goal at the break. A McCarthy header from Ross’s corner also clipped the bar on 41 minutes, before Grant’s shot from inside the box somehow stayed out after striking the inside of the post. Murray was then denied a second goal a minute later, cracking the bar from a powerful edge of the box effort.

City continued to dominate the ball in the second half, perhaps not carrying the edge in attack up against a packed well-organised defence. There were scrambles inside the Accies box, with Fleming pulling a fine fingertip stop from Foley on 53 minutes, with McCarthy pulling a shot just wide from inside the box 5 minutes later. 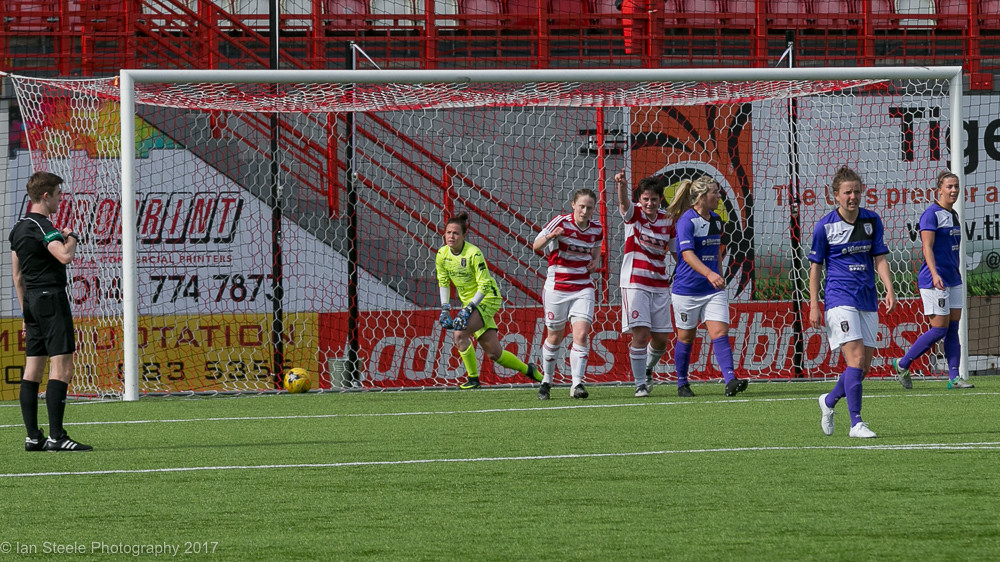 Both sides freshened things from the bench, and it was to be substitute Brogan Hay who finally made all but sure of the three points for City, within a fine finish after Lauder’s cross had been tipped away by Fleming.

Further chances fell the Glasgow side’s way in the remaining 20 minutes, as Ross and Brogan Hay came close to putting a gloss on the scoreline. Accies though dug in well, showing signs that morale is still intact after this gruelling run of games.

Aberdeen next visit the Superseal on Sunday and Doctor sees this as a more realistic test of his side’s attributes. With the midweek arrival of Jordan McLintock from Rangers, he has also boosted his options up front.

“It will be a much more even, open game next week. They’ll be thinking the same as us though, that they can win it. I’m just glad today our players showed belief in each other”.

“We’ve been light up front so far, and hopefully Jordan can give us something extra going forward. She’s done well when she’s come on in both games so far, and I’m sure she’ll thrive once she gets to know us all here.”