Training resumed in earnest last week with the new season fast upon us on February 11th. Accies kicked off with a bounce match against Glasgow Girls as they also unveiled two new faces for the coming campaign. Midfielder Nina Fitzimmons joins from Celtic, with Katie Rice moving from Rangers to bolster the attack. Coach Bobby Watson is excited about the two acquisitions and can’t wait for the big kick off.

“Katie and Nina are both players we have admired for a while and players we have spoken about last year. Nina is really tidy on the ball, and great at keeping things simple, which is essential for ball retention in this league. Katie is capable of the unpredictable, as we saw today when she struck the bar from the halfway line! It’s really exciting to have them both on board.”

“This has been our first week back and it’s been good. I think we all needed the break after the pressure of staying up last season. It’s been only a week back but we’ve already had some good preparation.” 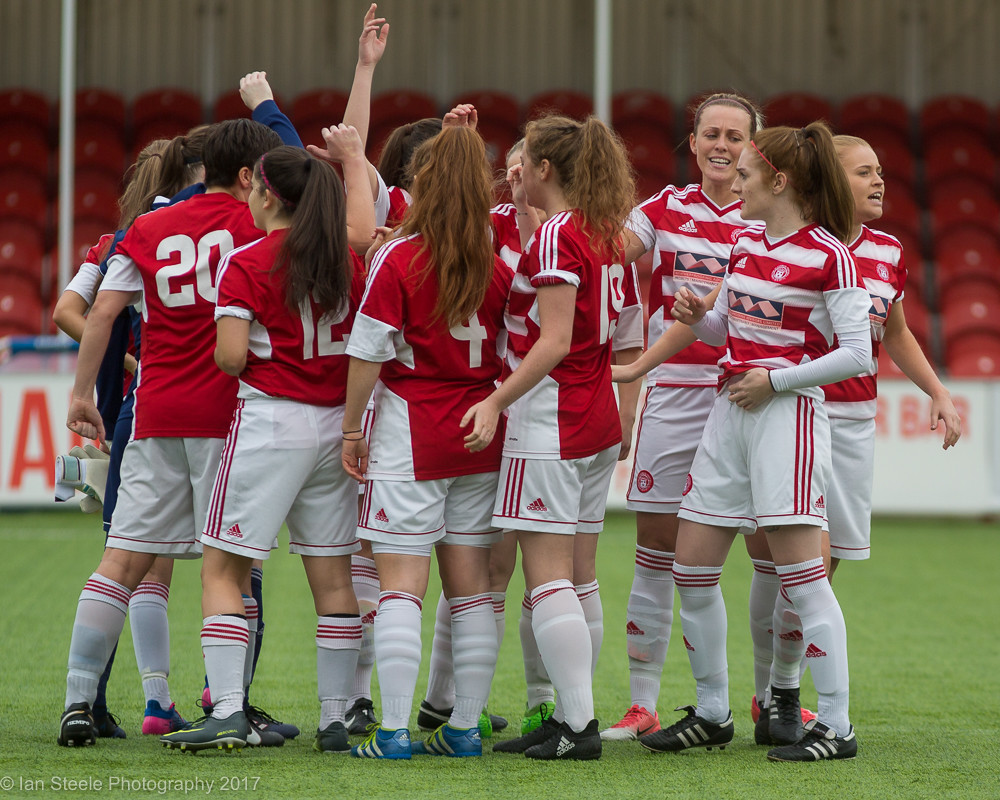 Everything now builds towards the opener at home against newly promoted Forfar Farmington, a side, like Accies last season motivated to start well.

“It’s a tough start.”, Watson says.  Last season we had Celtic as our opener which was kind of a free hit. No one expected anything from us and teams like Forfar will look at us as the team who finished seventh and fancy their chances.”

“I know Forfar well. They will be a strong side with good players, coached really well. It’s up to us to impose our game on them and start as positively as we can.” 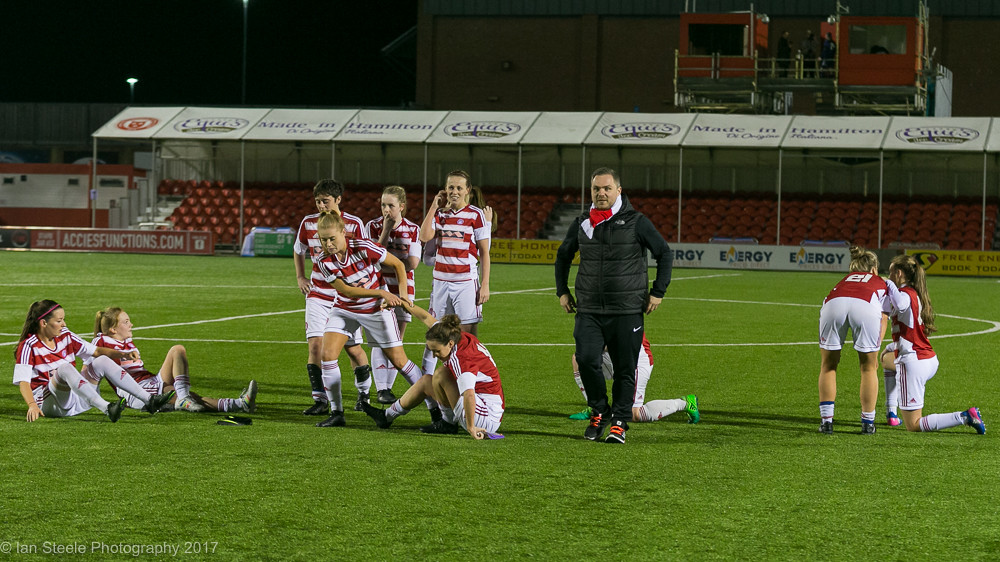 As for the season ahead, the Accies coach thinks the squad at his disposal, along with the experience gained from last season, stands us side in good stead to improve our points tally in the new campaign.

“Last season there were games we should have taken more from, and maybe it came down to experience at times. Our target has to be to get more wins. We have good attacking talent here and improved a lot defensively last season.”

“We’ll still be realistic about this season overall. Glasgow City, Hibs and Celtic are going to be very strong again, but from our matches last season, I don’t think there’s a massive amount between all the other teams. There’s a lot of strong squads and a lot will come down to tactics and who is more up for the games on the day.”