Accies Much Improved But Celtic Prove Too Strong

Celtic moved a point clear of Glasgow City and Hibernian at the top of the SWPL 1 table, with a victory secured by goals from Emma Craig and Sarah Ewens. Hamilton struggled to compete without a cutting edge up front but made a list of things in the second half that let the visitors know that they were in a game. They remain three points off the pace at the foot of the table.
Accies Head Coach Gary Doctor said “I think it was a difficult game, you know pretty tight. I didn’t think there were a lot of chances in the game. So, we can’t complain too much, we didn’t make a lot of chances and it’s taken one fantastic goal in the first half. And then obviously they’ve got a late goal to kill us off. There wasn’t a huge amount in the game and I think we played better than we have recently, which is a good sign.”

Accies made three changes to the side which faced Stirling University a fortnight ago. Keeper Lauren Grant missed out with an arm injury, with Carys Hopkins taking her place. Nina Fitzsimmons was also sidelined through injury, with starts for Kirsty Fraser and Vaz Lyle. There were places on the bench for recent signing Amy Bulloch, and 15-year-old academy prospect Erin Rennie was to get her first taste of first-team football from a place on the bench.

Celtic meanwhile made four changes from their last outing, with Keenan, Rafferty, Richards and Craig coming in for Littlejohn, Whyte, Crosbie and Clark.
Natalie Ross opened the action with a shot from distance inside two minutes, Hopkins saved but couldn’t hold, then saved again as Richards attempted to turn in from the rebound. Ross soon had another attempt from range, but Hopkins saved comfortably.

Accies managed to get the ball forward a couple of times to trouble the Celtic defence. The balls, long and high, should simply have been headed clear but the defenders chose to clear by foot, for chaos to reign momentarily. But Hamilton seemed nervous and timid anywhere close to the penalty area and failed to profit, a trait that continued throughout the match. 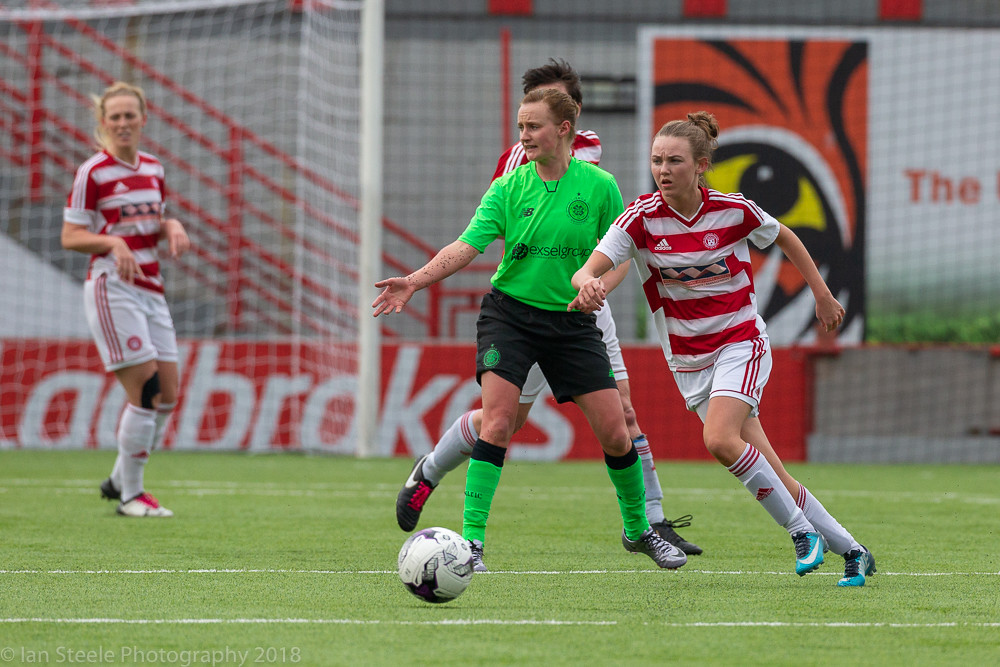 Celtic began to take control and peppered the Hamilton goal with shots from distance, with this proving to be bread and butter for Hopkins. Keenan sent a low fizzing shot wide of the back post and McCulloch glanced a touch wide. The best fell to Keenan, her spectacular 30-yard strike being stopped by an equally spectacular save.

But the visitors finally got the opener their play deserved just after the half-hour when debutant Emma Craig cut inside to send a dipping 25 yard shot over the head of Carys Hopkins and into the back of the net. The Accies keeper made a decent attempt at getting her hand on the ball but was simply beaten for height. 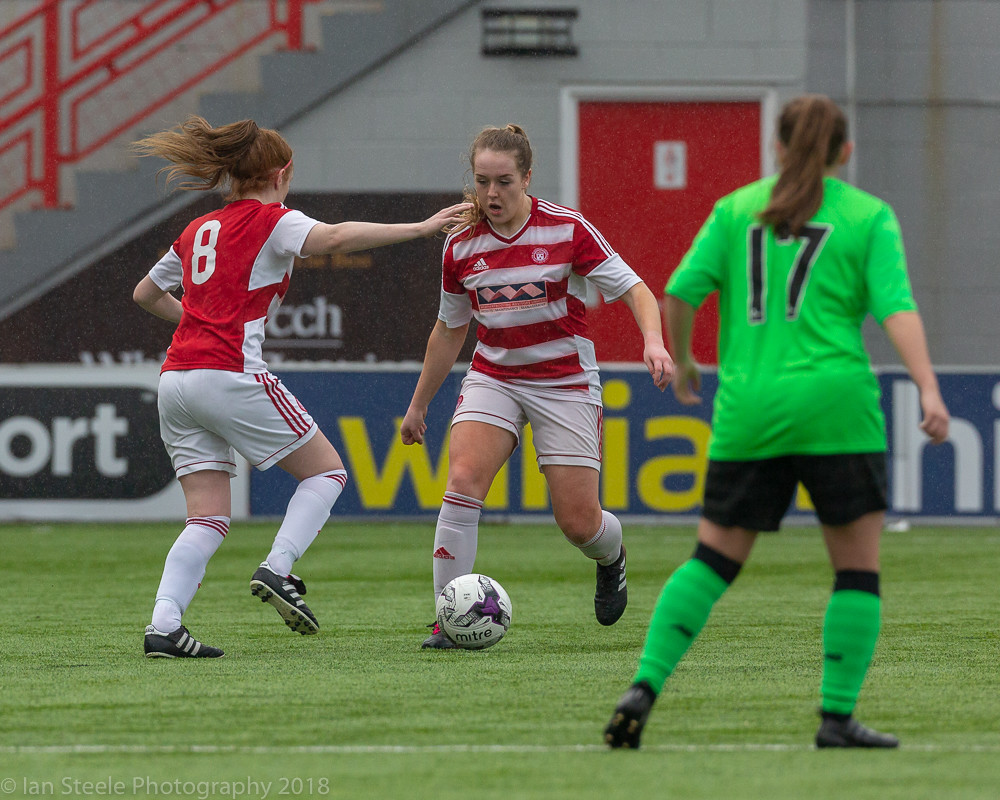 The start of the second half was a much scrappier affair and neither side was able to make a mark until Giard tested Hopkins with a couple of strikes from distance. Accies began to show signs of life and the Celtic keeper finally got in on the act when called on to make saves from half chances by Lyons and Hay.

As the match drew to a close it seemed likely that Accies would see out a goalless second half, but that turned out not to be the case. When from a throw-in, Nicole Pullar struck the ball across the edge of the Hamilton 18-yard line to Sarah Ewens at the far corner, where she brought it under control before striking beautifully in at the back post.

It was almost three with a minute of time left to play when Adams released Pullar on the Accies goal with a ball from inside the Celtic half. Running shoulder to shoulder with a defender before lobbing the keeper from the edge of the 18-yard line before going narrowly wide.

Match Reporter
Martin is a freelance reporter who writes regularly for Hamilton Academical FC as well as covering many Junior matches.
Iain Steele