Coach Gary Doctor hailed a fantastic team display after we coasted to a 5-1 victory over Aberdeen. After a challenging start against the top four SWPL teams, Accies are now off the foot of the table. Doctor is now hoping the manner and margin of the win will stand his team in better stead for the fixtures ahead.

“It’s great to finally get some points on the board. The players were great today, and have shown great resilience, as we have all season so far. We’ve competed well in the home games to date and not quite getting the result, and we knew this game was one both teams would fancy getting a result in.”, he said

“Just to get the win was great, but the way we finished with a few goals was even better. Hopefully, the result now gives the players that bit more belief.” 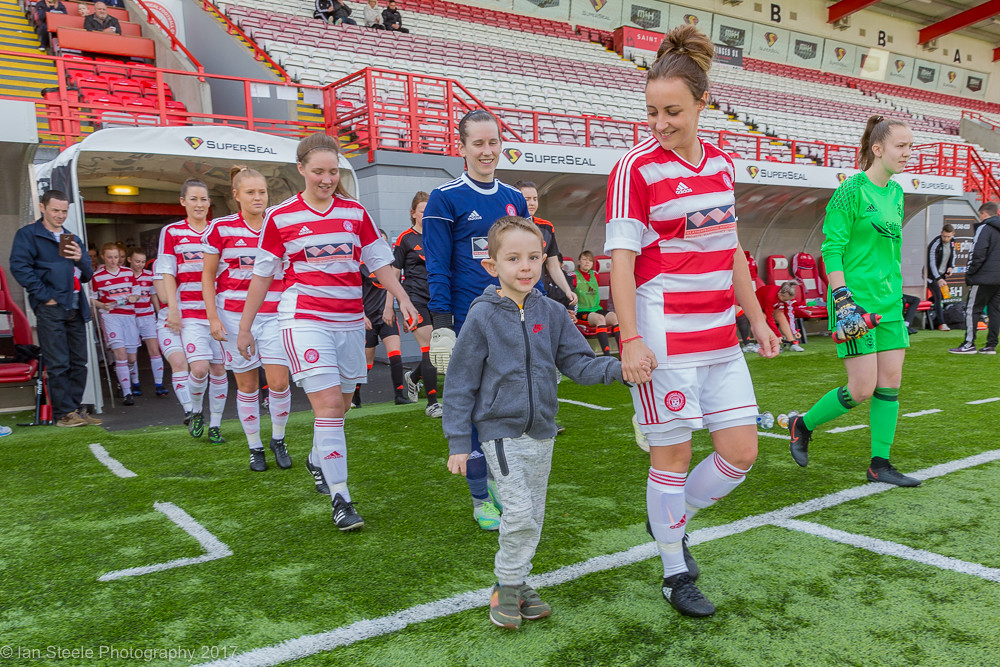 “Having faced the likes of Celtic and Glasgow City, we’ve been focusing on retaining that same intensity in every game. It was a very different game today, much more open but I think we showed that intensity again and we got the result we deserved.”

Another pleasing aspect was that Accies did the job with five different scorers, showing the depth and resilience Doctor has at his disposal.

“We have a good group who are really committed and pushing each other. It’s making my team selection really difficult but I have a bench now that doesn’t weaken the team. A case can be made for everyone to start. I’ve really enjoyed the way we’ve trained recently.” 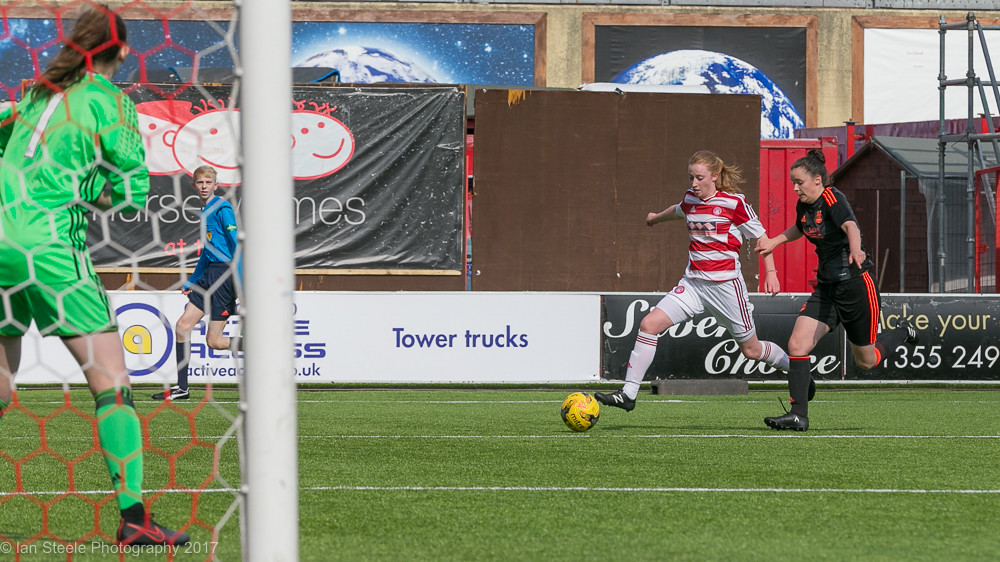 Accies led at halftime through Lori Gardner’s well-taken finish after Amy Anderson split the Dons defence in the 23rd minute. For all their dominance though Doctor was concerned his side might pay for not putting the game beyond the visitors. After Mhairi Lyle added her second goal in successive weeks on 55 minutes, Aberdeen then rallied and pulled one back through Megan Reid, before throwing everything at Doctor’s side in search of an equaliser.

“At that middle point of the second half if somebody had told us we’d win 5-1 I’d have laughed. Aberdeen had their tails up and was causing us a lot of problems. But the players showed great resilience and we kept our heads. Getting the third goal knocked the stuffing out of them a little bit because it was a little against the run of play.”

After Emma Lyons header had restored the two-goal cushion on 68 minutes, Accies then turned on the style with two late strikes putting a shine on the scoreline. Defender Danni Connolly rifled home a Joanne Paton corner on 85 minutes, before captain Gill Lyons’ free-kick somehow trundled through the Dons defence and into the net in injury time. 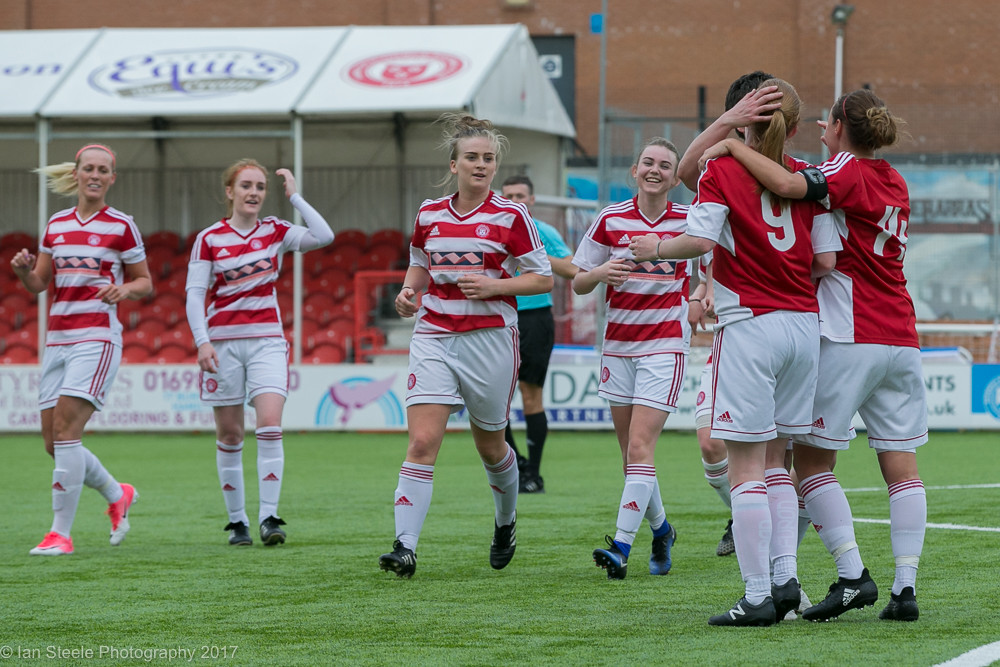 Next up is the visit of Rangers to the Super Seal on Sunday, as Accies hope to build on the feel-good factor from such an important and emphatic win.

“We’ve got to keep our feet on the ground. Today is gone now. It’s back to training hard and we focus back on Rangers now. It’s going to be a really tough game again against a good experienced premier league side. They will give us another real challenge next week.”