After last weekend’s victory over Partick Thistle Accies look to kick on against Glasgow Girls on Wednesday night at New Douglas Park. It’ll be another stern test for Gary Doctor and his players.

“They are one of the toughest teams in the league to play against. They’ve started to get on a roll since they played us at the start of the season. We’re expecting a very difficult match.”, the Accies coach says.

First half goals from Amy Anderson and Kirstie McIntosh secured three hard fought points last weekend. The coach was pleased to see his side make an early impact, after slow starts in recent matches.

“We’re capable of getting in front early in these games. In the first half I thought we played well, and made some good opportunities.”

“We didn’t really get going in the second half. It was a scrappy, stop-start game at times. It was one of those games where winning was more important than anything else.”

We made two changes from the defeat at Hearts, with Sara McWhirter and Nichola Sturrock in the starting eleven at the expense of Nina Fitzsimmons and Megan Quigley. 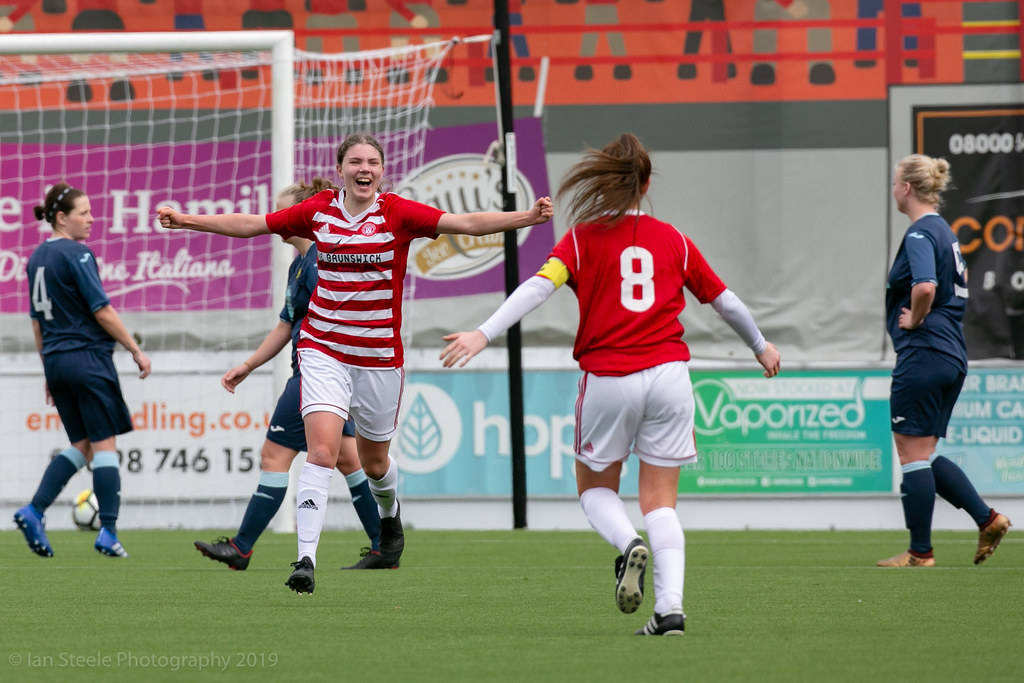 In view of the draw earlier in the season we knew we were in for a tight match against experienced opponents. Ex Accie Mhairi Lyle started for Thistle against her former teammates.

Both sides would see plenty of the ball, but Accies showed the greater cutting edge. Captain Amy Anderson opened the scoring midway through the first half, smashing home after a half-cleared Kirstie McIntosh corner.

McIntosh then lit the matchup with a spectacular solo effort on 29 minutes, swiveling to the edge of the Thistle box to rocket into Robson’s top corner. 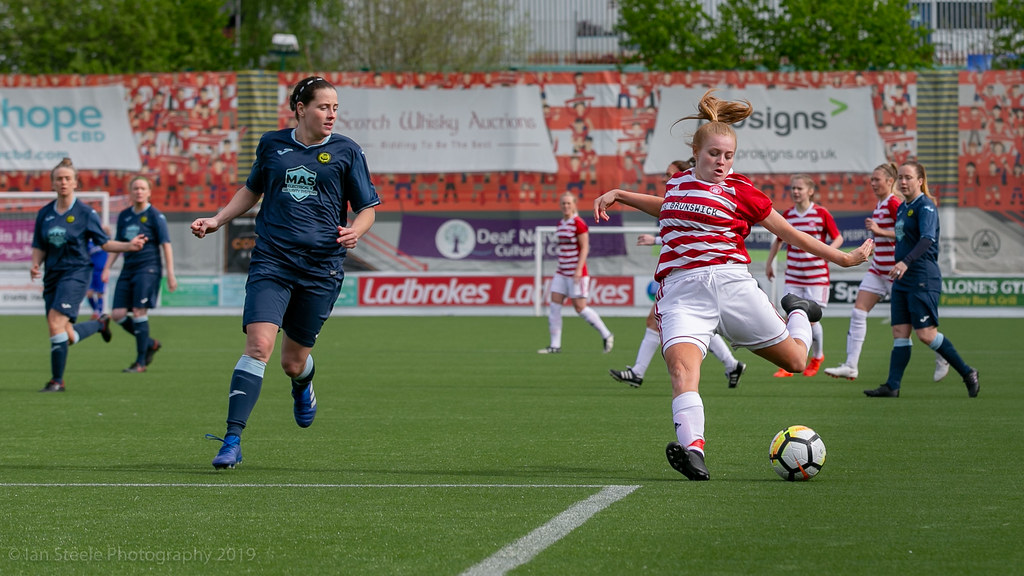 With that 2 goal cushion, Accies saw things through comfortably. Thistle had their share of possession in the second half but couldn’t find the breakthrough to sow any seeds of doubt.

We should have put the game to rest on 67 minutes, McIntosh missing an open goal from 6 yards after spilled Chloe Muir’s cross.

Thistle’s only real goal threat came from set piece opportunities, Lawton striking Grant’s bar in the closing minutes. Accies held on for a solid enough three points. In the penultimate game before the summer shutdown Accies will be looking for more of the same.