Accies Turn On The Style In Final Home Fixture

All the goals came in the second half, Accies playing with freedom and confidence to dominate long spells. A Katie Rice cracker from the edge of the box broke the deadlock on 52 minutes before she laid on for Lori Gardner’s 7th strike of the season and sub-Vaz Lyle in the closing 20 minutes.

The Accies coach might wonder where this performance has been all season, but for now is full of praise for his side on the day.

“We deserved to win, after a first half where we weren’t great. After a couple of adjustments, I thought the players were excellent in the second half. It could easily have been more than three.”, he says.

“Katie’s always got goals like that in her locker. It’s her first in a while after we’ve asked her to take up a different role. I’m delighted for her and for Lori, who is playing with a lot of confidence just now. As soon as she’s got the ball in that position you just feel she’s going to score.”

“Vaz has been one who hasn’t been involved much of late but always trains well. She came on and had an impact, getting into a great position for her goal.” 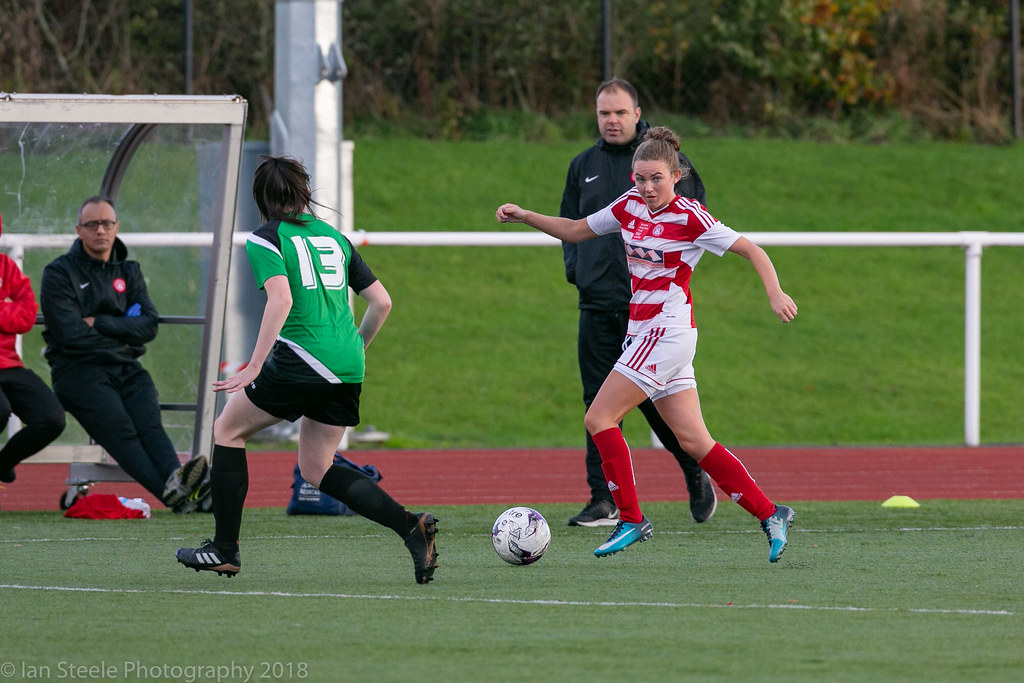 “I think we saw in the last 20 minutes the confidence coming right through the players, playing one touch, moving the ball with confidence. Today is no more than we deserved.”

It could have gone either way in a competitive opening half. Accies could have capitalised on some promising attacks, with Nina Fitzimmons flashing wide from the edge of the Stirling box. Lori Gardner then volleyed over from close range after a dangerous corner kick delivery from Kodie Hay.

But Hay was the architect for the Accies opener just after the break, with a long free kick finding Rice on the edge of the Stirling box. With a quick adjustment of her feet, she powered a high shot past Logan on 52 minutes.

Accies continued to carry the more threat, playing with freedom and confidence. Another Hay delivery found Dani Connolly inside the box, but she couldn’t control her header which went well over the bar. 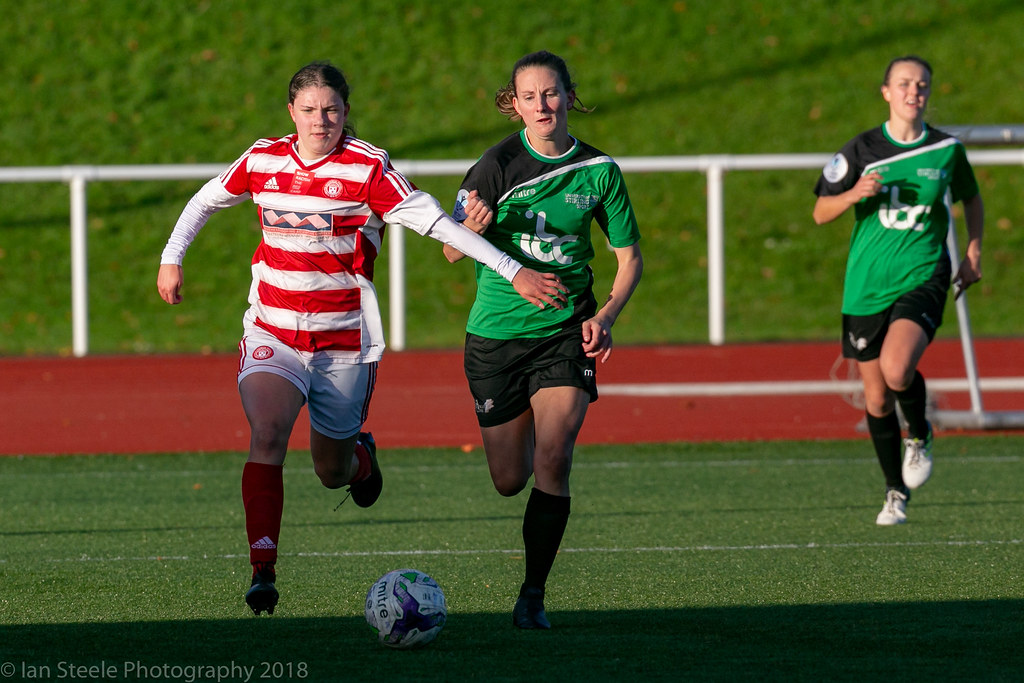 Rice almost had her second just after the hour mark, after Logan parried out a McIntosh shot. The Stirling defence did well to block on this occasion but were soon to buckle under the mounting Accies pressure.

Number two came through the heart of the Stirling defence struggling to clear its lines.  Rice slid the ball through for Gardner on 70 minutes to fire low into the corner for her seventh of the season. Accies were enjoying their football now and sub Vaz Lyle completed an emphatic win from close range on 77 minutes, gratefully pouncing on a loose ball in the Stirling box, after Rice had worked some space down the right

A couple of late Emma Lyons efforts almost capped off a dominant second-half display, and Accies will be hoping to carry the form through to Station Park on Sunday for our final league fixture at Forfar Farmington.