We remain without a win since the resumption from the summer break, as defeat to Glasgow City and results elsewhere leave us at the foot of the table going into the international break.

Goals from Kerr, Girasoli, McLintock, and Grant helped the champions maintain top spot on goal difference. Lori Gardner managed a late consolation, as Accies refused to crumble going into the closing stages. Coach Gary Doctor knows his players will need to draw on that further going into the run in.

“It was pleasing that the girls kept going and got the last goal of the match. Lori’s playing with confidence at the moment and took her goal very well.”

“But it was disappointing to concede two quick goals in succession from corner kicks in the second half. It killed the game for us. It was then a really big test of character going into the last 25-30 minutes. The girls did pretty well. It was important not to come away wounded, against a top side chasing goals.” 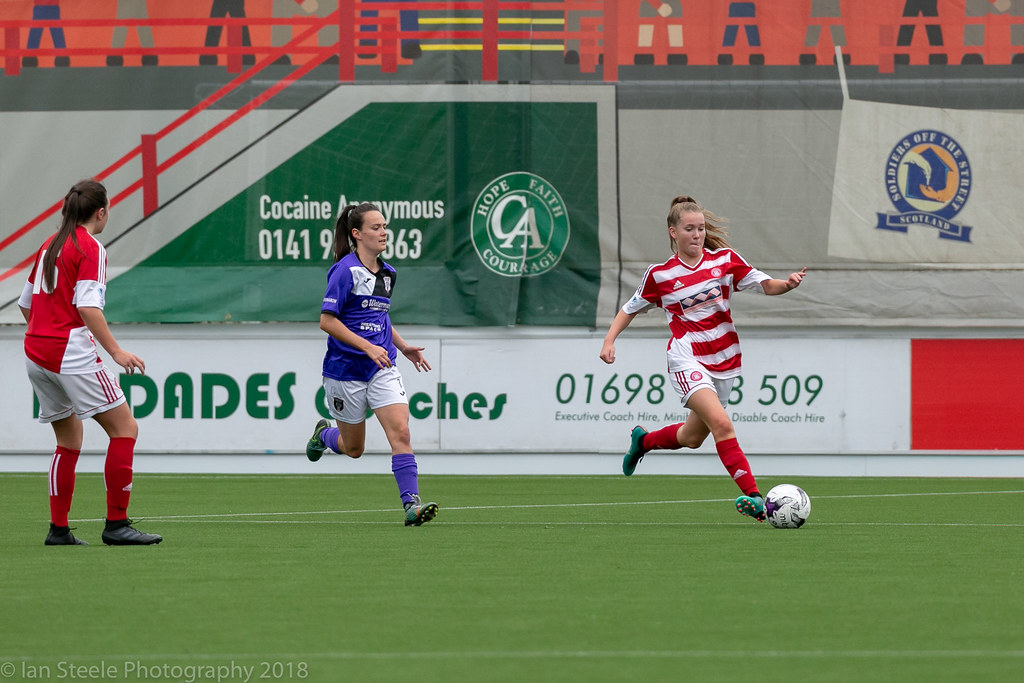 “We’ve now got 2 of the top 3 teams out of the way for this run in. We now know how hard it’s going to be, with a very difficult game in two weeks against Spartans. Today’s results make everything that bit clearer for us.”

With injuries and player holidays to contend with, we shuffled things around, making three changes from last weekend’s defeat to Celtic. 16-year-old Elise McCormick made an impressive first start in place of the injured Rachel Ross. Emma Lyons returned in midfield, replacing Amy Bulloch, with Megan Quigley starting up front in place of Gardner, starting on the bench.

The champions made three switches from the defeat of Stirling University last weekend, with Alexander returning in goal, Stewart, and Ivanusa also starting in place of Ross and ex Accie Jordan McLintock. 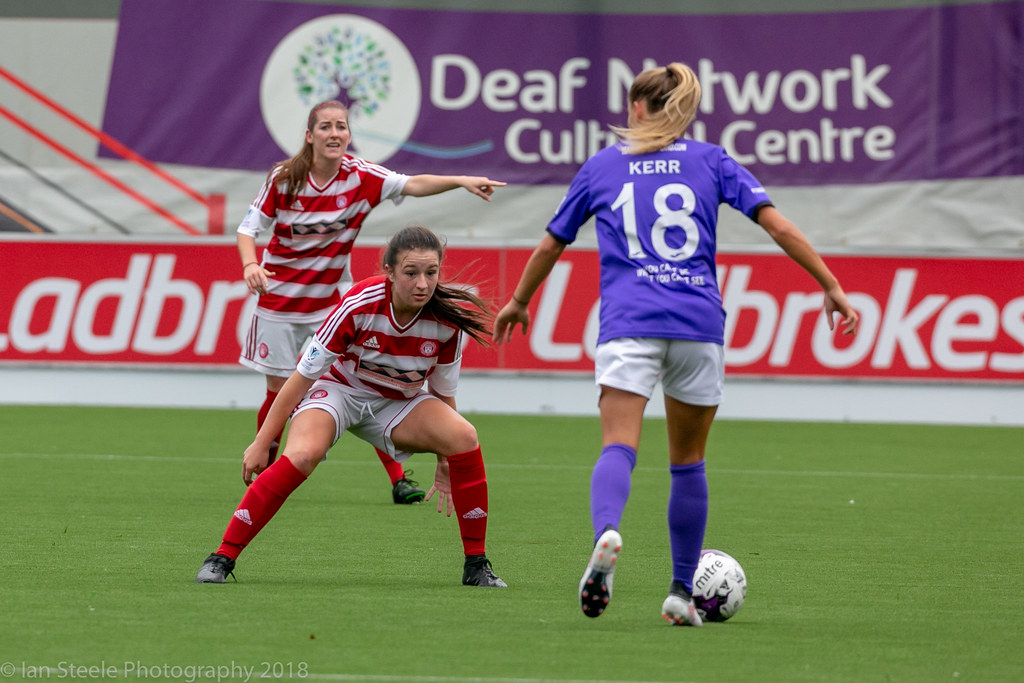 We were under the cosh from the off on the slick new surface, with City looking in the mood for goals. Accies survived a couple of early scares before the opener arrived on 6 minutes. Sam Kerr provided the neat first time finish low into Grant’s corner after good set-up play by Grant down the left.

But we hung in there, with further chances going begging for the visitors enjoying the bulk of the early possession. Much of the danger came down the left, with Docherty and Grant challenging the Accies defense with some testing crosses.

City kept pressing, with Ivanusa coming close with a curling effort on 39 minutes. Docherty then struck the inside of Grant’s post 2 minutes later. Accies somehow made it to halftime, just within touching distance of the champions. It had been a quiet afternoon at the other end for Lee Alexander. We brought on Gardner to try something different in attack, whilst keeping shape and discipline in the face of constant City pressure. 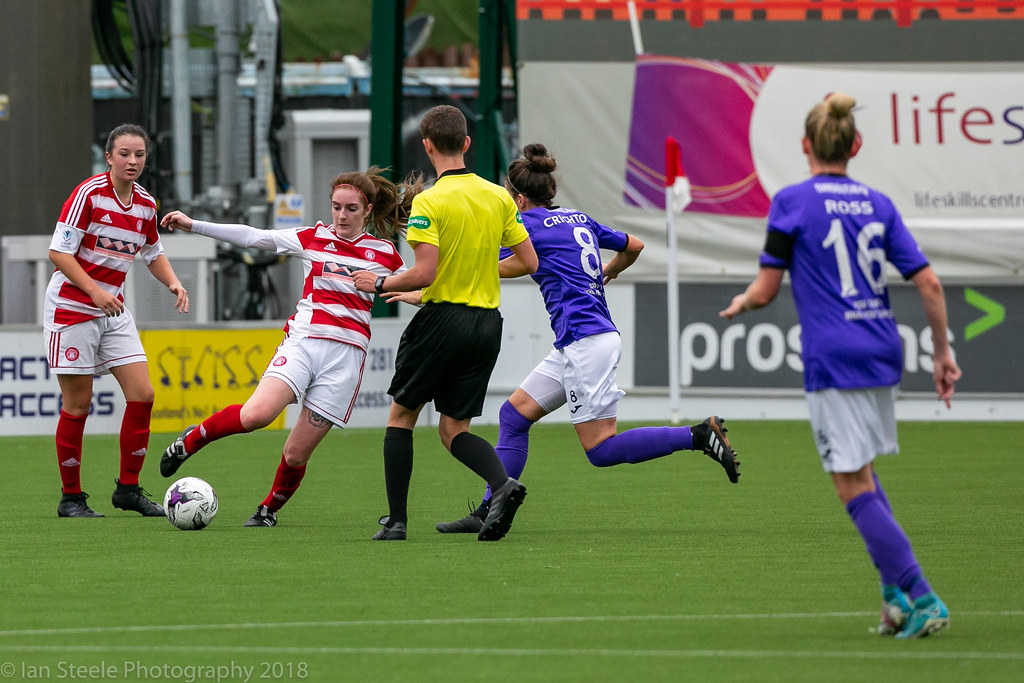 But we were finally undone from the set piece on the hour mark. Docherty fired a corner kick into the near post, with Girasoli quick to flick past Grant from close range. McLintock then put the game beyond her former teammates, heading past Grant from Foley’s right-wing delivery.

Grant then produced the pick of the goals, finding the top corner from the edge of the box after Ross’s through ball.

Accies didn’t fold though. Grant produced a trademark save from close range to deny McLintock her second, before Gardner advanced onto a McIntosh through ball, showing great pace to beat Alexander and give the Accies the final say.