Cup Win Has Its Price As City Romp To Victory

Accies made a game of it for 40 minutes or so, but City, in the end, cruised to a comfortable league victory at Palace Grounds. Sunday’s exertions looked to have taken their toll on a weary Accies by the end of the game, Lauren Grant’s heroics in goal preventing further damage late on.

The second of three games in seven days was always going to be a tough ask for Gary Doctor’s side, as the Accies coach gave his thoughts after the game.

“A number of things have taken their toll on us tonight. It’s been a strange week with a lot of personal challenges in the squad. After extra time on Sunday, we just didn’t have the energy we would normally have to face City.”

“Nevertheless I’m proud of the players. They kept going in trying circumstances. We’re disappointed, but you can play well and still lose to Glasgow City.”

“The players we had stuck at it, and that’s all I can ask of them. We brought in Erin Rennie and Elise McCormick, two fifteen-year-olds, and I thought they acquitted themselves really well after a slow start.”

The Accies coach made three changes from Sunday’s victory. The absence of Lindsay and Fraser meant a reshuffled Accies defence. Lyons started on the bench, and it was the first start for Rachel Ross, with Amy Anderson and Lori Gardner also returning to the starting line-up.

City made just one change from the cup victory at Forfar Farmington, Hayley Lauder replacing Megan Foley as Scott Booth’s side went for their sixth win on the bounce. 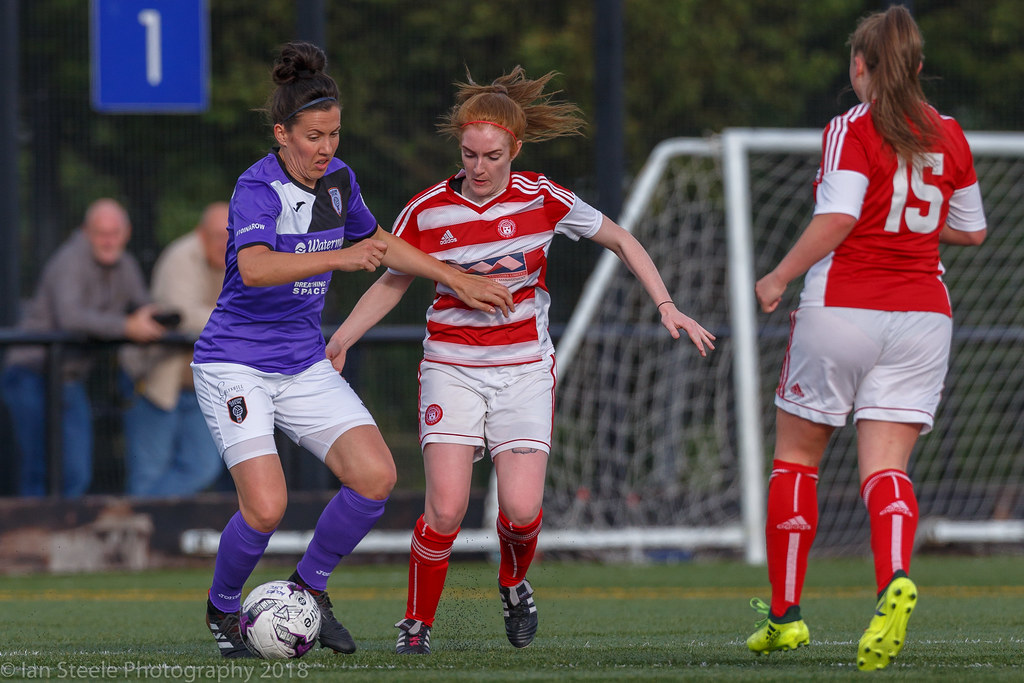 Accies were going to sit deep from the start and force City to break us down. But for a Kerr header which flashed just over, they couldn’t make all the possession count for the opening 20 minutes.

Sadly it was all down from there. There was still a sense of inevitability when City opened the scoring on 21 minutes, as Abbi Grant found space to cut in from the right to lash past her namesake Lauren in the Accies goal.

Accies hadn’t found much relief at the other end, as the play continued to pour in one direction. Paterson headed a Ross corner off the bar on 37 minutes, as the pressure mounted.

We thought we might have been able to regroup just a goal in arrears at the break, but Leanne Crichton added the killer second two minutes from the interval, tapping home a Lauder cross from close range at the near post. 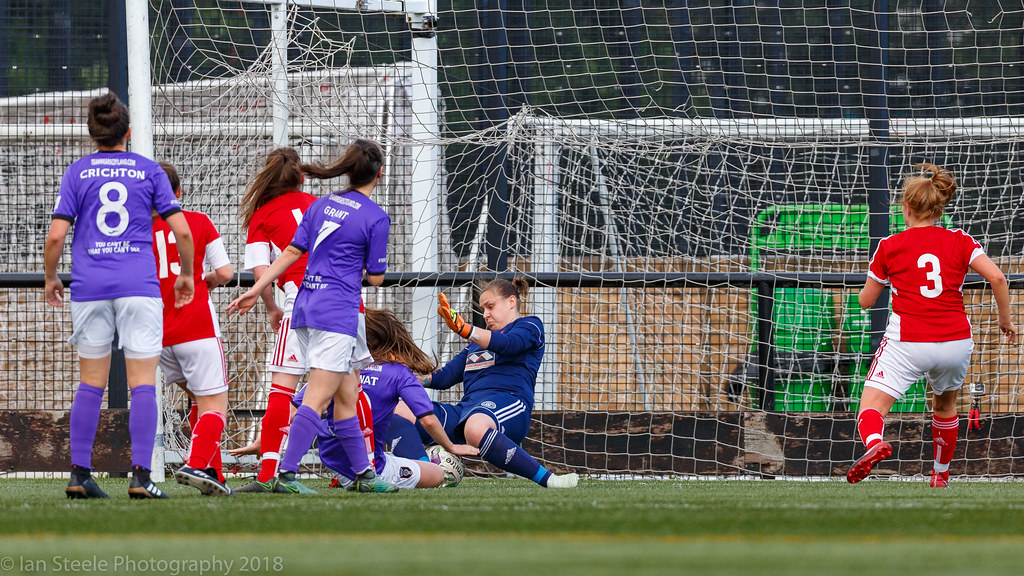 City worked the ball better from left to right in the second half, and it to be was a long second half for Accies. Lauder added a third on 54 minutes after a good wide play by Foley, and there was to be no let up as Ross saw a shot deflected past Grant 12 minutes later for number four.

With Ross and Lauder exploiting a lot of space, Accies were on the ropes. Girasoli completed the scoring on 76 minutes, leaping to head powerfully past Grant, as the City chances piled up.

Lauren Grant put in a player of the match performance to deny McLintock and Ross in the closing stages, as we survived further damage. A welcome hiatus looms ahead of another test as we travel to face Rangers on Sunday at New Tinto Park.