Defeat No Dampener As Accies Survive The Drop

On the day it was a disappointing defeat. But the bigger picture is that we are now guaranteed top level football for another season. Our primary objective at the beginning of the campaign was to stay up, so the players can take huge credit for a job well done.

There will be time to go through yesterday’s loss, after a rather flat performance by Accies, especially in a first half which more or less killed the game. Assistant coach Bobby Watson, though gives due praise to the players for their hard work and achievement over the course of a long season, and hopes the experience gained stands us in good stead for 2018.

“Going into next season we’ll have played all these top sides before. There’s some here who never played at this level before the season, but now have 20 games under their belt and know what to expect.” He told Accies WFC Media.

“As frustrating as today was, ultimately we’ve achieved what we set out to do. We’ve stayed in the league and the players deserve huge credit, especially after big performances in recent weeks against the likes of Aberdeen and Rangers.”

“Today was bittersweet. With social media some of the players may have been aware of the result at Stirling which made us safe. We weren’t at our best today, and two quick goals before half time killed the game really. The second half was a much improved performance.”

Aberdeen’s defeat perhaps explained the flatness in the Accies performance, but with little at stake for our opponents, they showed us what it takes to cut it in the higher echelons of the SWPL. It was a dominant first half from the Edinburgh side. Accies would have been pleased to regroup 1 goal down at the break, but two swift firecrackers in the run up to half time, made the second half about restoring some pride. And to their credit, Accies rallied in the second 45, but it was too little, too late.

Gary Doctor named an unchanged side from last weekend’s defeat at Aberdeen as Accies sought to secure safety. But, our opponents were to carry on from last week’s victory over Celtic, with all the early momentum. Simone McMahon was in behind the Accies rear guard in 2 minutes, finding the side netting, before Kaela McDonald-Nguah saw an even better chance go begging 2 minutes later, with a free header wide of the post.

Accies couldn’t get any passes going and were finding themselves camped in their own half. The Spartans opener came from a neat one-two between Ronaigh Douglas and Santoyo-Brown down the left edge of the box. The cross was perfect for Laura Gavin to sweep a shot low past Fleming. 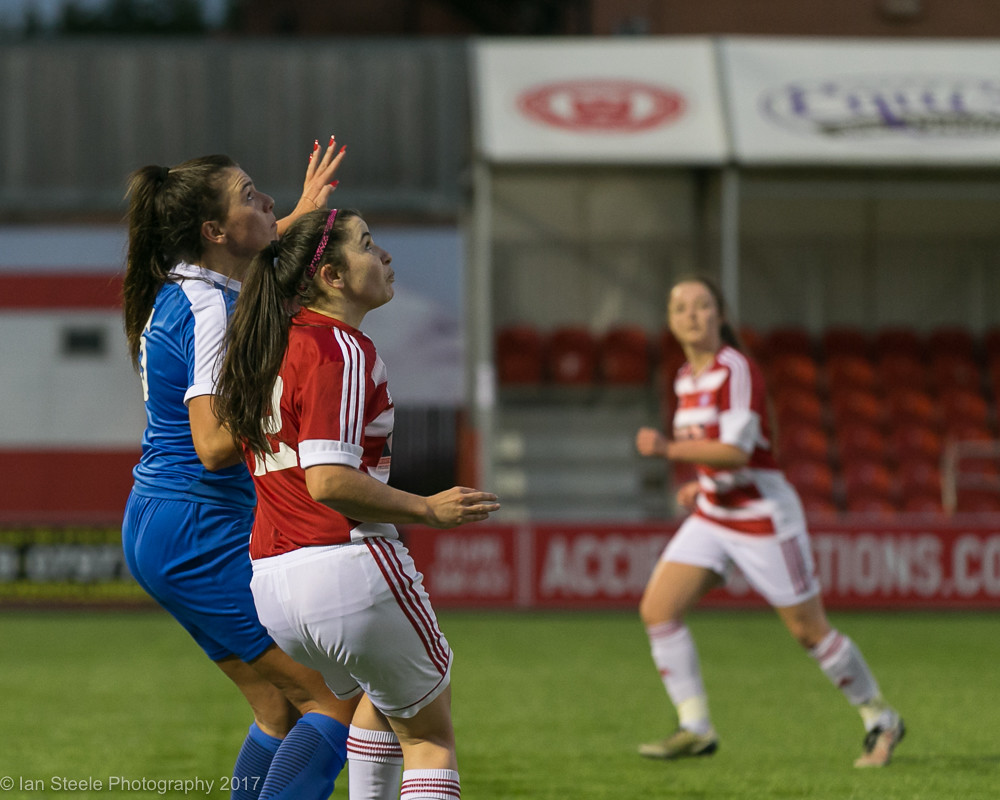 Our best hope looked to be to utilise the pace of Jordan McLintock and Teigan McCann to find a way into the game. The two linked up on 28 minutes for Accies best moment of the half, the Spartans keeper just quick enough off her line to block the Accies striker’s effort.

The rest of the half belonged to the Edinburgh side. They showed an eye for goal from distance, with McMahon shaving the outside of the post, with Gavin having an effort chopped off on 41 minutes.

They took a firm grip of the game before the interval, McMahon this time powering a 35 yarder past Fleming, before Elena Santoyo-Brown linked up with Nichola Mawson to lob the Accies keeper with the final play of the half.

McCann and McLintock carried more threat in the second half, and Accies could have pulled one back on the hour mark, as Amy Anderson drove into the box to cross, but McCann pulled her effort just wide. McLintock was inches wide shortly later as we enjoyed our best spell of the match. 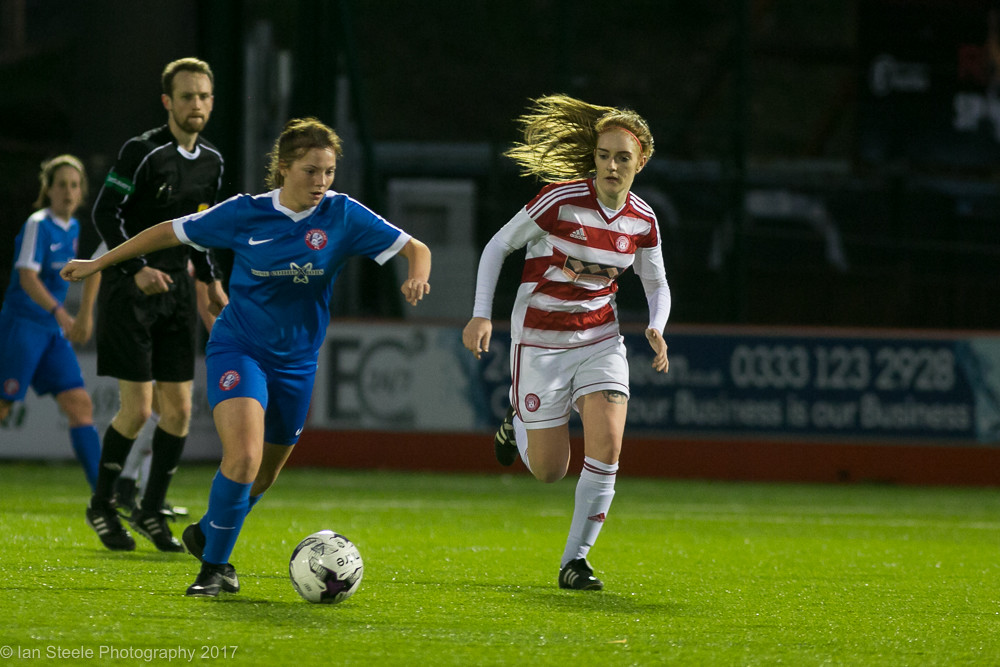 It all had a sense of anti-climax as the clock ticked down. Spartans might have extended their lead with corners into the Accies box causing problems.

We can now look and plan ahead for many more tests like this next season. As for next week Accies hope to end on a high and give Elaine Fleming the perfect send off as we host Rangers at the Super Seal.