Coach Gary Doctor believes his side can take a lot of pride from their performance as they battled Celtic all the way to a narrow defeat in this season’s SWPL curtain-raiser. Goals either side of the break had put the visitors in the driving seat, but Accies hung in well to reduce arrears and almost force a dramatic equaliser in the closing stages.

“In the end, we’re coming off disappointed to have lost the game.” Doctor said. “We put so much into it and had opportunities to do a little bit more towards the end. But the girls were fantastic, and I couldn’t have really asked much more of them today.”

Accies were faced by a Celtic side who finished third last season, and with new recruits will have genuine designs on the championship. The Accies coach knows his players have now set a standard of performance that can’t drop over what will be a testing season. 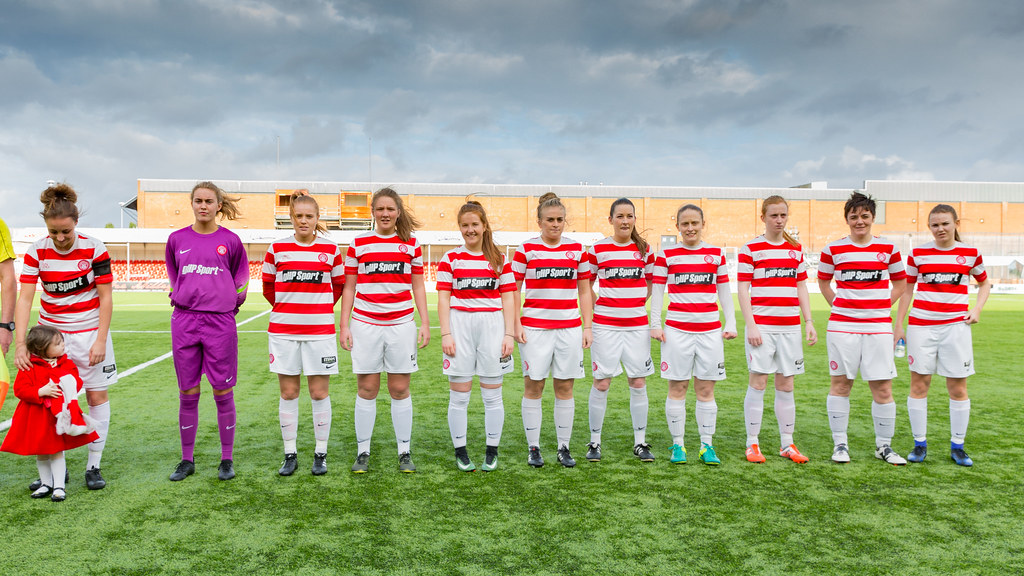 “We knew they were a good team, and we had had to understand we couldn’t be offensive as we’d normally like. We had a game plan to frustrate them and hang in there, maybe catch them with a quick ball over the top, and we executed that. The only downside today was the result and losing two goals from set pieces.”

After an opening half hour in which Celtic had been held at bay, the visitors were in front from the corner kick on 31 minutes. Heather Richards’s outswinger from the right allowed Courtney Whyte to steal a yard on her marker and glance a header into the far corner of the net.

After that Celtic seemed to settle in possession, and Accies did well to limit further damage up to halftime. Carys Hopkins came to the rescue 4 minutes later, pulling off a reflex save from a close-range Sara Ewens shot, with Littlejohn and Crilly also just off target as the pressure seemed to grow. 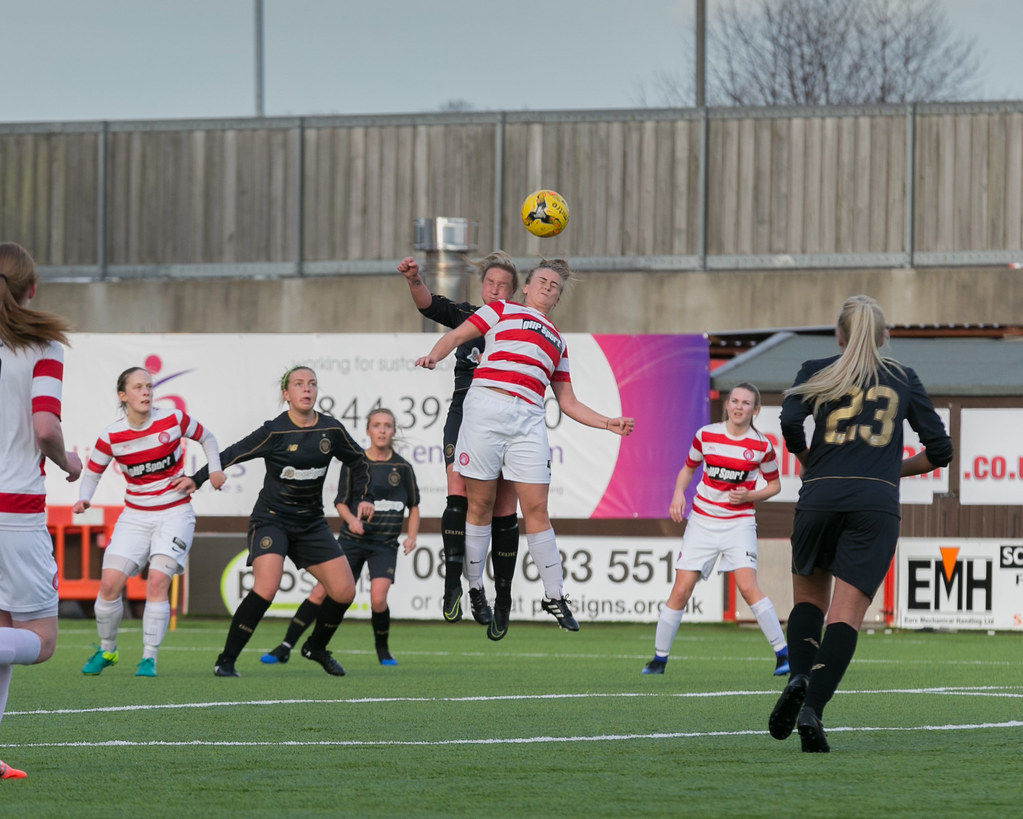 Having soaked up the Celtic pressure, Accies then passed up a glorious chance to level in the final move of the half, as Deborah McLeod’s header struck the crossbar from a Paton corner.

The hosts had Hopkins to thank again, as she again denied Ewens on the hour mark after a flowing Celtic move. Turning the screw after the break, Celtic were creating a host of chances, and grabbed a second on 64 minutes, from another corner kick delivery. It was another dangerous ball from Richards, which the outstretched Gill Inglis tried to clear, but could only deflect into her own net. Celtic was two up and seemingly coasting.

But Accies weren’t for lying down, with the quick balls over the top for Paton and Gardiner always their best source of hope. And they got themselves back into the game on 70 minutes, with Gardiner beating offside to control a long ball and delicately lob the onrushing Megan Cunningham. 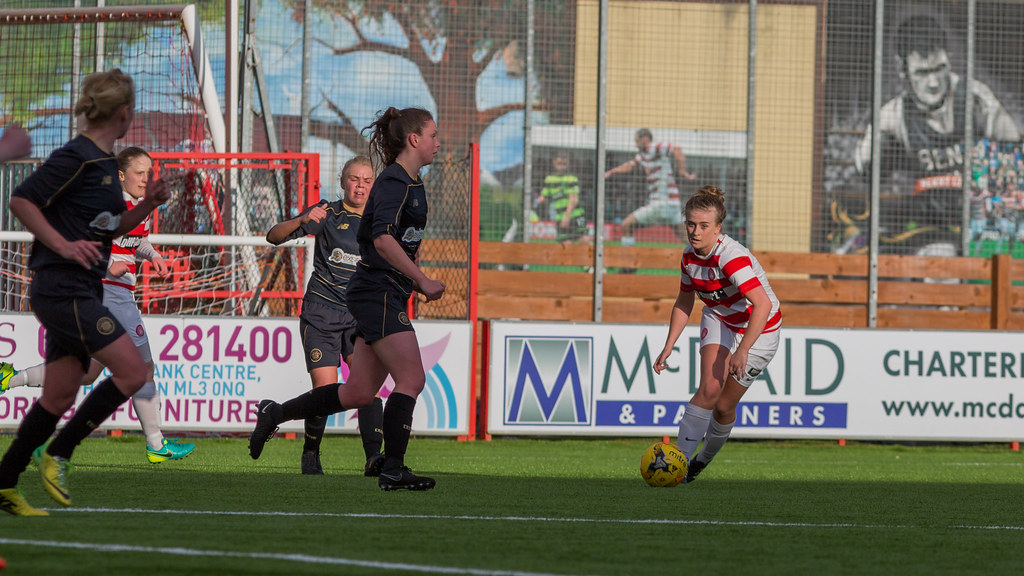 Gardiner could then have equalised on 77 minutes, with a close-range effort instinctively blocked by Cunningham, and a spell of three successive corners almost forced the dramatic leveller. After all their dominance Celtic now hung on to see the game out.

Accies now move on to another home match with Spartans next Sunday, knowing the same level of performance will be required once more.

“We were up against a top 3 team today.” The Accies coach says. “We know Spartans will be tough again next week. We have to take that type of concentration and performance level and add more going forward next week.”