Glasgow City are the visitors to the Superseal this Sunday as we hope to bounce back from last Sunday’s loss to Hibs. Everyone knows the scale of the challenge offered by ten-time reigning champions boasting a squad of internationals, but Accies have already shown this season that they are capable of pushing the top sides all the way. 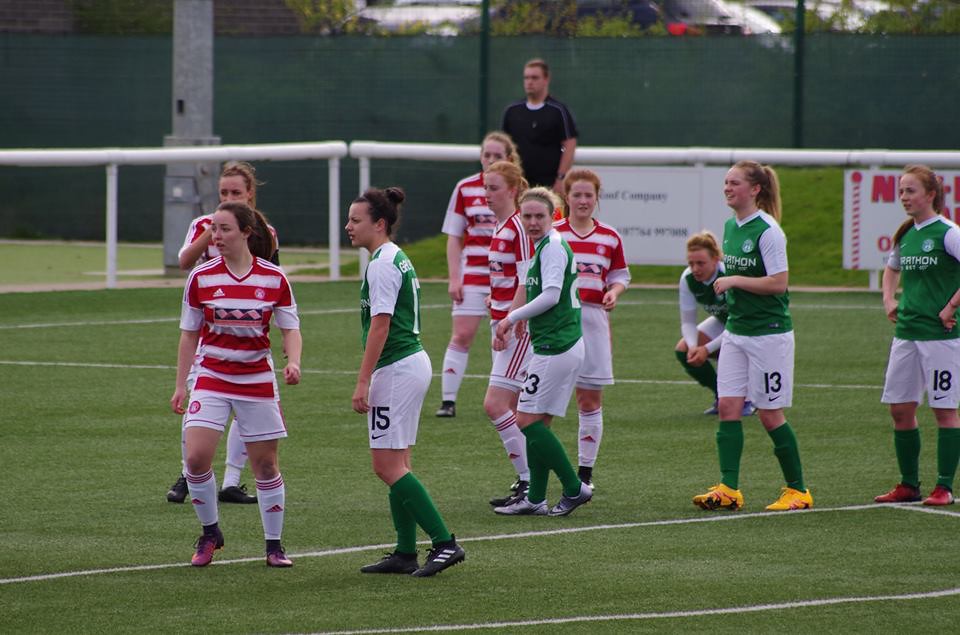 Our last two home fixtures have seen narrow defeats to Celtic and Spartans, and Coach Gary Doctor knows a high level of performance and intensity will be required again on Sunday if his side is going to get their first points on the board this season.

“We have to lift ourselves for Glasgow City, but these opponents are why we put so much in last year and why we will continue to enjoy the challenge ahead of us.”, he says.

It was an endurance at times at Ainslie Park last weekend, trying to contain a rampant high scoring Hibs side. Not many teams in Scotland will live with the Edinburgh side’s high-tempo possession football.  Accies had started reasonably well, but the first goal was always going to be crucial and came from an unfortunate deflection. After that, there was no looking back for Hibs as they raced to a four-goal halftime lead.

“It was always going to be very hard against Hibs.” the Accies coach says. “They played really well – and it would be unfair to say the first goal changed the game but we need to force that type of luck to go our way.” 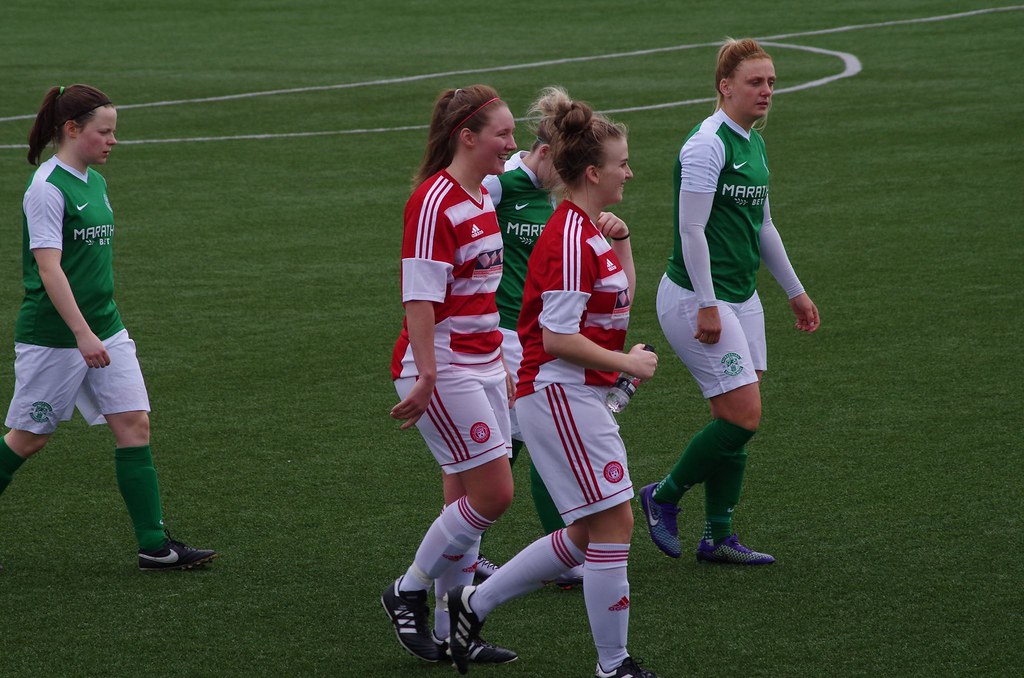 “As much as there were good things in our performance we’ve made errors at key moments that were punished and that’s cost us dearly. That’s left us disappointed and frustrated.”

“I was pleased with how the players hung in the second half and continued to fight for each other.”

Accies, in fact, had the first sight of goal in the opening 10 minutes, with Lyle and Gardner through on Fife’s goal but unable to get meaningful shots away. These were to be our best chances all afternoon, and Hibs duly made us pay for 16 minutes.

A Brownlie corner kick was headed to the edge of the box, and Cornet’s shot through a crowd of bodies seemed to take a touch and wrong foot Fleming. It fired Hibs up and they had soon taken a stranglehold of the match 4 minutes later. Michie made herself some space on the right flank to hang a cross into the area, finding Harrison who bulleted her header into the corner past Fleming.

Graham added the third on 31 minutes after another sustained spell of possession, as she volleyed home from a Turner cross, leaving the result in little doubt. And the hosts turned on the style for the fourth, going from one end of the pitch to the other, Harrison helping onto Gallacher who rifled an unstoppable shot past Fleming from inside the area. 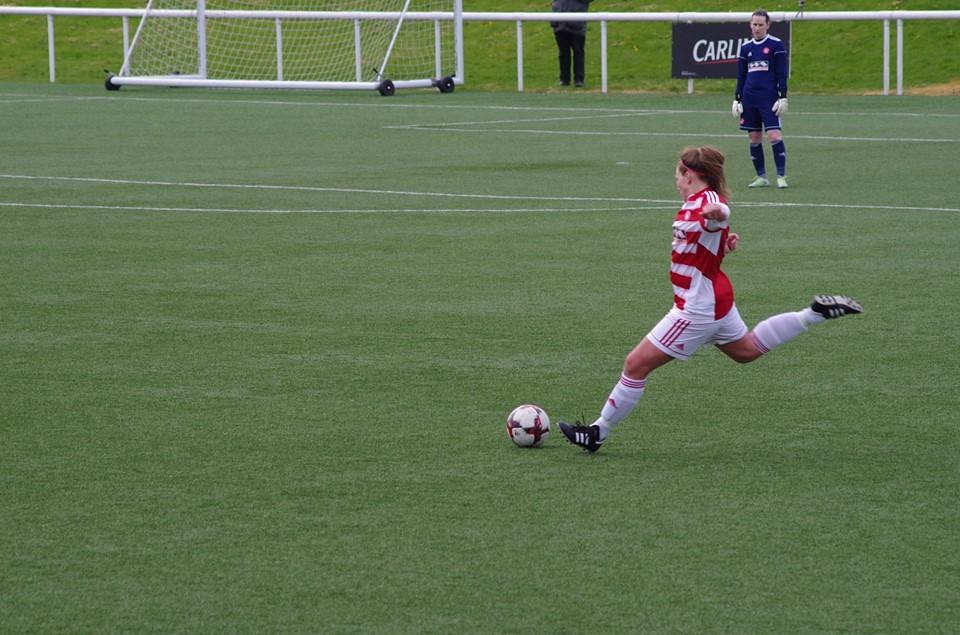 After this 22-minute goal flurry, it was all about damage limitation. With the pressure off Hibs enjoyed the bulk of the possession, their movement and pace up front a constant danger. Fleming pulled off a fine stop on 52 minutes to deny Cornet after a neat one-two with Turner, but the league leaders soon added number five with another flowing move. This time Smith drove down the left and picked out Small to flick a header past the Accies keeper.

Amy Anderson had to be withdrawn after rolling her ankle on the hour mark, but Accies looked to have survived further damage until virtually the last touch of the ball, as Hibs captain Siobhan Hunter capped things off to head home a Brownlie delivery from close range.

The Edinburgh side are scoring goals for fun at the moment and no one will enjoy an easy visit to Ainslie Park on this form. For Accies it is all about trying to build a good platform for results at home, beginning with the visit of the reigning champions.