Gary Doctor blasted all too familiar failings as we sank to a disappointing league curtain raiser defeat against SWPL newcomers Forfar Farmington. A solitary Robyn Smith goal early in the second half decided another even match, one which Accies yet again couldn’t turn in their favour.

Points were targeted at a wintry Super Seal stadium ahead of a daunting task next week. We visit champions Glasgow City, and with further tough matches on the horizon, the coach doesn’t want his side fall off the pace early.

“We have been slow starters for the last few seasons and I’m getting fed up with that. Today was a great opportunity to change things, at home against a team who have just been promoted. It’s only the first game, but it feels like the same story from last season.” 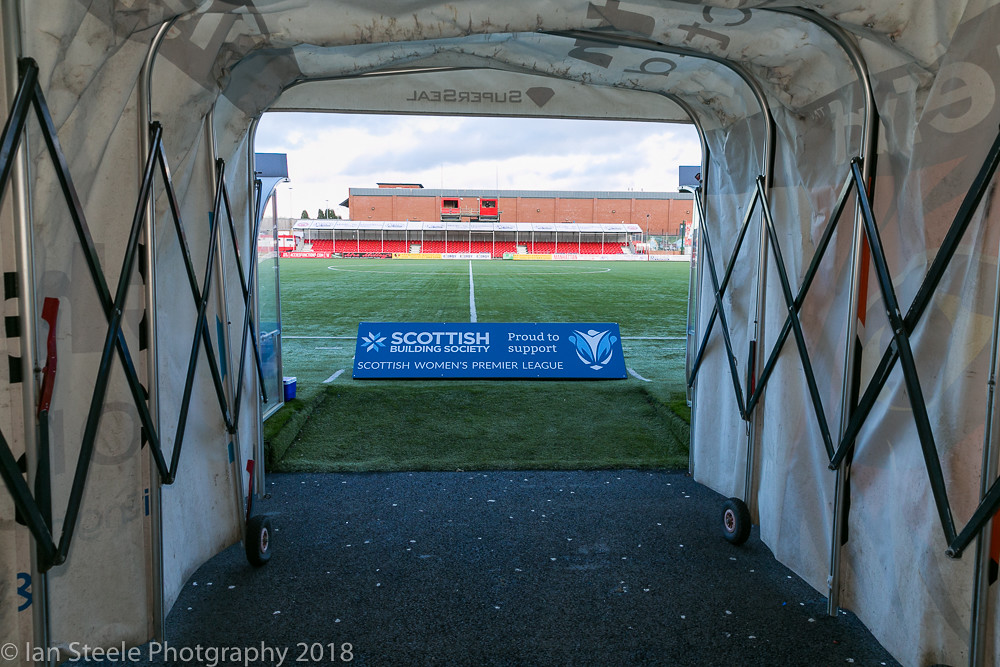 “Again there wasn’t much in the game, but they’ve taken their chance and we haven’t taken the ones which came our way. The first goal is crucial. If we’d got it we’d have won the game. We played well in spells and there were a few good individual displays. But it’s disappointing again that it took their goal to really wake us up and lift the tempo.”

Lori Gardner’s shot after a bursting run from Kodi Hay down the right on 6 minutes was the only Accies effort on goal in a tight first half. Instead, it was the visitors who grew in confidence, with new Accies number 1 Lauren Grant the busier keeper. Forfar were getting it wide and whipping some dangerous balls into the box, which we largely dealt with. They were almost ahead though with the solitary clear chance of the opening 45, a Cowper header just scrambled clear on 20 minutes.

Disappointingly we hadn’t really exerted any pressure on Forfar, as we kept giving possession away in midfield. We only looked a danger when Amy Anderson was able to get into the box. Her lay off gave new signing Katie Rice a sight of goal on 37 minutes, but she couldn’t get the shot away. 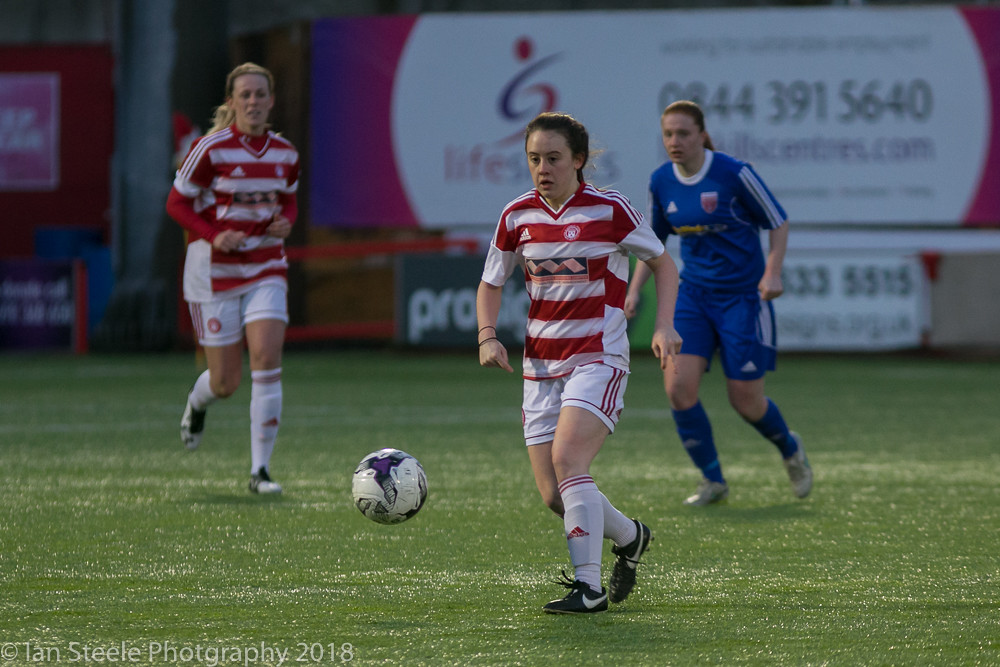 We hoped to start the second half with more impetus, but instead, it was to be the visitors who took a grip of the game early on. Grant showed great reflexes to tip a McGinley shot around the post on 47 minutes but could do nothing about the opener 5 minutes later. Scott fired another dangerous low cross across the Accies box, with Smith losing her marker at the back post to knock home from 6 yards.

It suddenly woke us up and they should have equalised straight away, with Lori Gardner clean through on goal, but her shot blocked. Amy Anderson then had a strong shout for a penalty waved away, appearing to be felled in the box 10 minutes later.

We threw numbers at it, with Teigan McCann and Vaz Lyle coming on as we went with 3 up front. Gardner’s shot was blocked from inside the box on 68 minutes as we finally showed some tempo. The Accies forward continued to have the best of our openings, with another edge of box effort held by McNicoll on 80 minutes.

Forfar soaked things up and settled on their lead, and almost wrapped things up on the counter with 5 minutes left, with substitute Megan McCarthy clean through but unable to find the target. We threw numbers forward, leaving space at the back but to no avail in the snowy conditions. It is a defeat which might hurt the Accies coach and his players more than anything which occurs at Petershill this weekend.