Despite being the better team for large spells of the match, hitting the crossbar and forcing Gail Gilmour into a whole array of unbelievable saves, Accies were left empty-handed.

Manager Gary Doctor gave his thoughts: “The players are desperate to do well and score goals and there is maybe a little anxiousness. It was a very even game, but it’s how things have been going for us at the moment”. 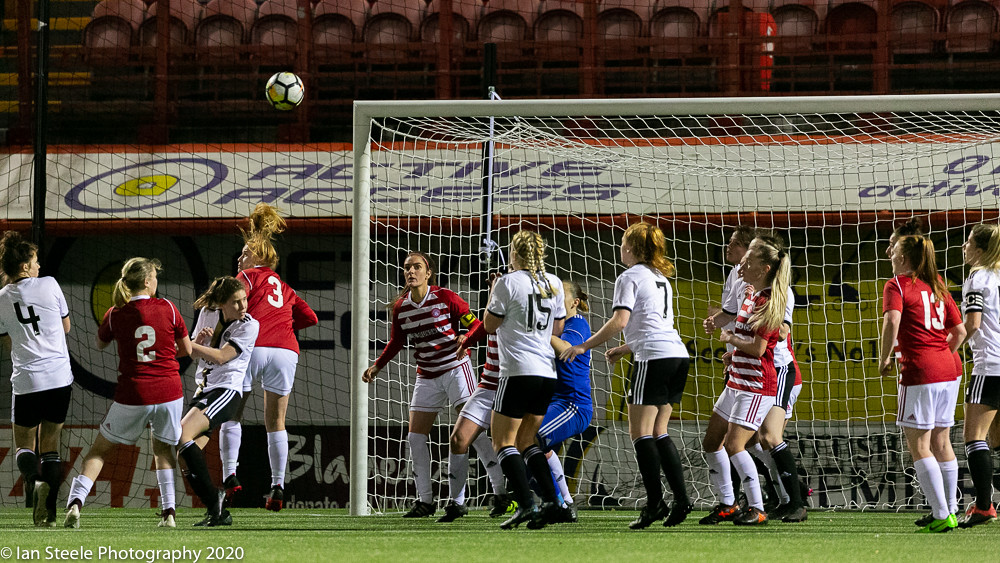 It was an even opening to the game as both teams threatened without creating any clear chances.

Hamilton were presented the first opportunity on the 19th minute after Gilmour was penalised after dropping the ball before picking it back up. Amy Anderson’s strike was blocked by the long wall of Dons defenders on the goal line.

Aberdeen put together a well worked move shortly after when a great pass by Johan Fraser sent Eva Thomson running down the right and her cut-back found Bayley Hutchinson who teed up Bailey Collins who saw her effort blocked by the home defence. 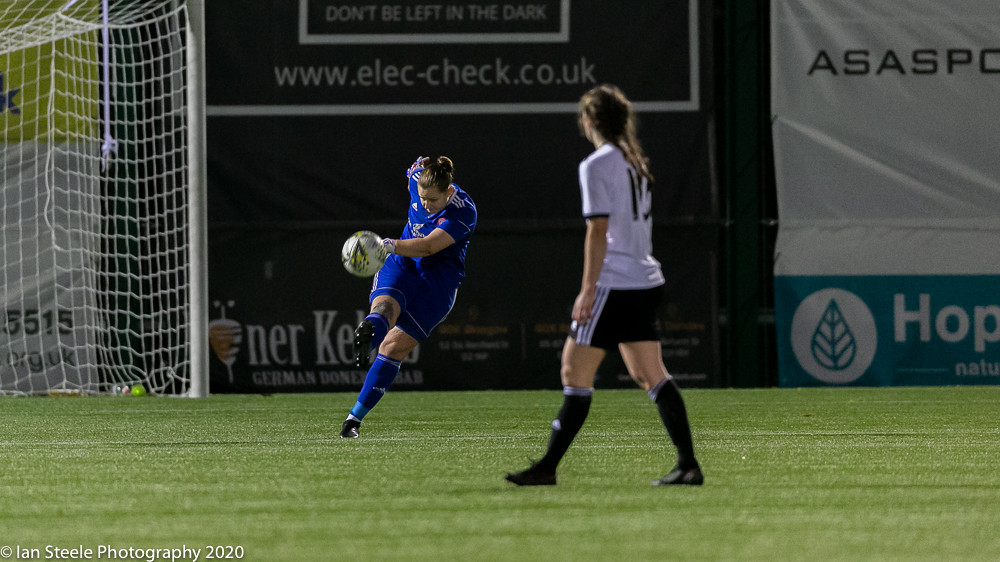 Accies were continuously threatening the Dons’ goal and should’ve taken the lead on 38th minute when Chloe Muir’s inch perfect cross fell to Anderson, but her side-footed effort went wide of the target.

The visitors nearly stole the lead shortly before the break. Chloe Gover’s curling free kick came crashing back off the crossbar before Eilidh Shore’s headed rebound was tremendously tipped over the bar by Lauren Grant.

Hamilton started the second half strongly and Lauren Evans almost broke the deadlock when her volley from a corner went narrowly wide of the post. 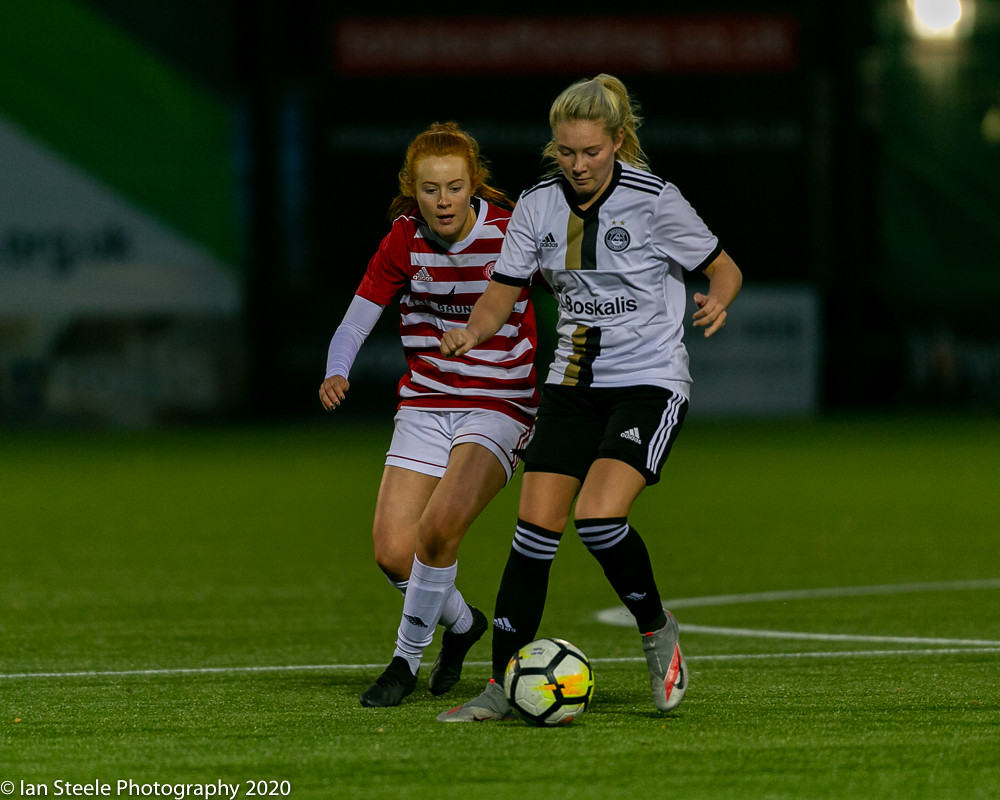 The home side were then denied the opener by another brilliant save from 16-year-old Gilmour as she somehow managed to tip Evans’ close-range effort over the bar. Anderson then hit the crossbar from the resulting corner.

Accies continued to pile on the pressure towards the end, but were hit with a killer blow as Aberdeen stole all three points deep into stoppage time as substitute Nadia Sopel broke free down the right and her cross was prodded home by Hutchinson.