We had hoped to kick on from last week’s crunch victory, but a narrow 1-0 loss nevertheless demonstrated why 15 points separate us from Sunday’s opponents at the SuperSeal.

Nicole Pullar’s strike for Stirling University on the hour mark settled a very even contest, enough for the visitors to record their third solitary goal win against Accies this season.

Accies boss Gary Doctor was once again left again frustrated that his side isn’t picking up points from these deadlock situations, as he spoke to Accies WFC media after the game.

“We’ve got to turn these defeats into draws and then think about winning. Mentally I think we’ve got to be stronger. This was a game I especially thought we could get points from given how we have matched Stirling twice away from home.”

“Today I thought we had some good passages of play against a much bigger physical team than us, but we stood up well to that side of it. We fell short technically, which is a part of the game I expect us to be better at.”

“I think we’ve missed Deborah McLeod in there today in games like this. But we just have to go with what we have available. There were players who played well. I thought Amy Anderson was one of the best players on the pitch, but we just didn’t convert when opportunities presented themselves.”

To add to the Accies manager’s frustration the visitors’ goal came from a danger they had pinpointed prior to the match. Nicole Pullar’s physical presence up front allowed her to steal a yard on the home defence to tap home at the second attempt, after an hour’s play. 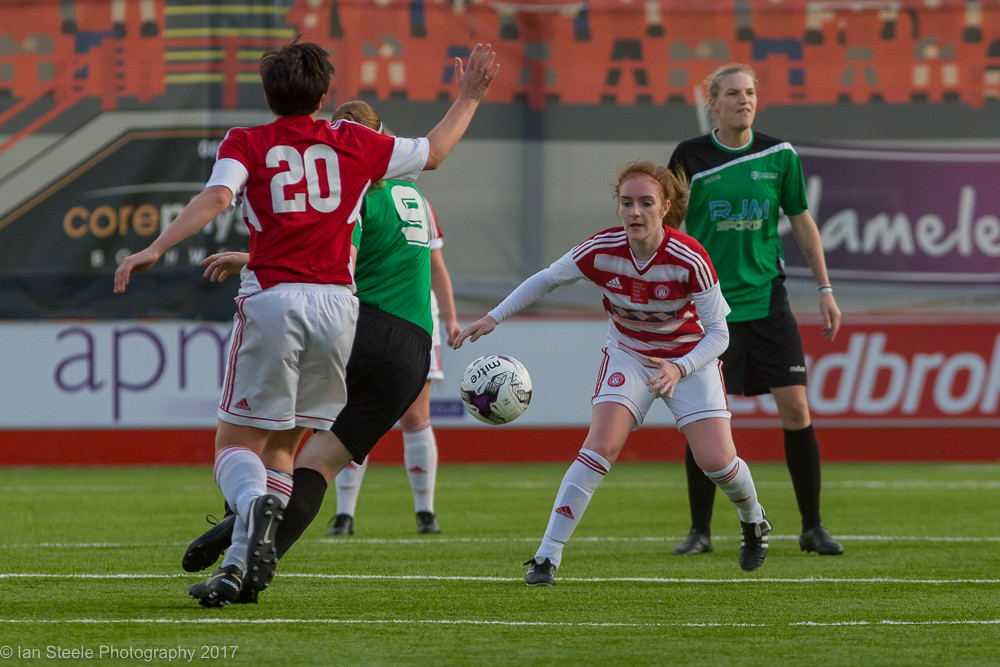 We made two switches from the previous weekend, welcoming back Dani Connolly into defence, with Hay making her first team start out wide. And she almost made the dream start, as her cross from wide right skimmed the Stirling bar on two minutes.

It was the visitors who made much of the early running through, without seriously testing Elaine Fleming, captaining Accies for the second time after last weekend.

Instead, Accies carved out the first clear sight of goal on 11 minutes, Hay and McCann combining, with the ball just deflected behind by the Stirling defence. McCann certainly had the visiting defenders turning, and she was almost in again on 25 minutes, closing down a loose pass, but Chloe Logan was quick off her goal line to block.

Mhairi Lyle had to withdraw injured and her replacement Laura Gallen had Accies best opportunity on the half hour. Once again Hay was at the heart of things, combining nicely with Emma Lyons down the right and picking out Gallen in the box. Once again Logan was equal to the shot, blocking well to safety. 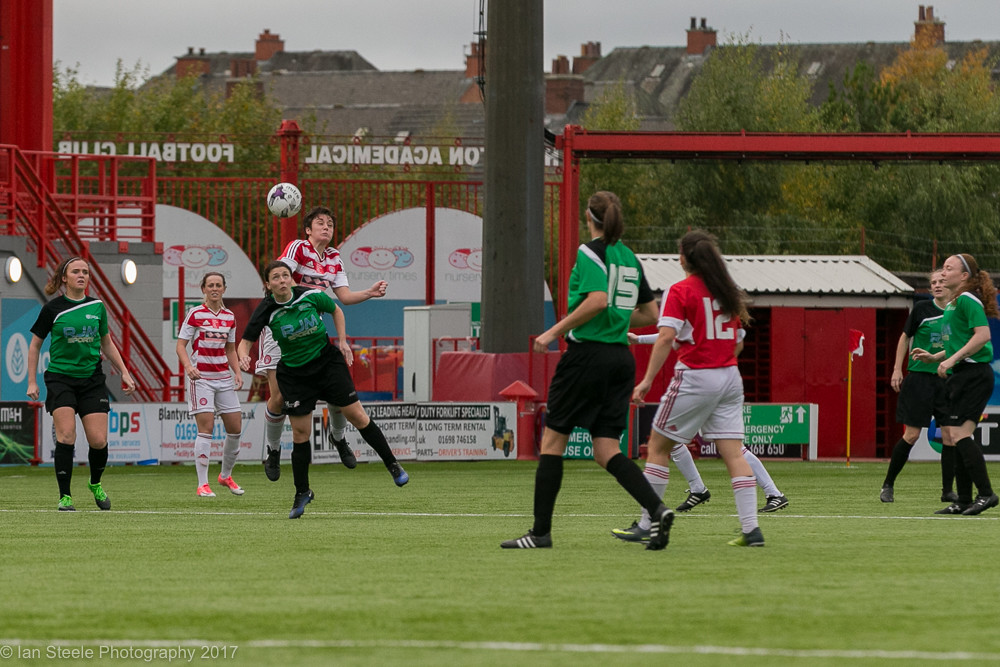 Emma Lyons looks for the Header

We had probably had the better of the chances, but Stirling showed the more clinical edge to take the lead on the hour mark. We will be disappointed at the marking though as Donaldson found Pullar free in the box, and with Fleming unable to hold the header, the Stirling striker didn’t miss with her second bite of the cherry to put her side ahead.

Accies best response came 10 minutes later as Lori Gardner got to the byeline, finding Emma Lyons in the box who skimmed the crossbar.  Stirling had chances to extend their lead through Galbraith a minute later, and Accies were lucky to escape from a goalmouth scramble on 79 minutes. But the visitors looked comfortable and held on to stay fourth in the table.

The Accies coach has warned his players against complacency now, as we remain four points above the drop with 4 games to go. After our visit to Rangers in a fortnight, our fate might be decided by the trip to Aberdeen the following weekend.

“It’s all still in our own hands, but I don’t know if the players thought the job was done after we beat Aberdeen last week. It felt a bit like that. We lacked the intensity today. But the job’s not done and anything can still happen. Aberdeen has scored two against Hibs today and can still get the points.”