A new look Accies side took to the field at the Superseal as Gary Doctor made 8 changes from last week’s defeat at Hearts. And with the onus on giving everyone in the squad valuable game time, the replacements made the most of their opportunities in a hard fought 3-2 victory over Forfar, the side Accies will replace next season in the top division.

Gary Doctor was just pleased to see his side get back to winning ways, as the new season fast approaches: “Overall it’s important to try and establish that winning mentality. It’s been good for me to see players who didn’t feature last week coming in and playing well.” 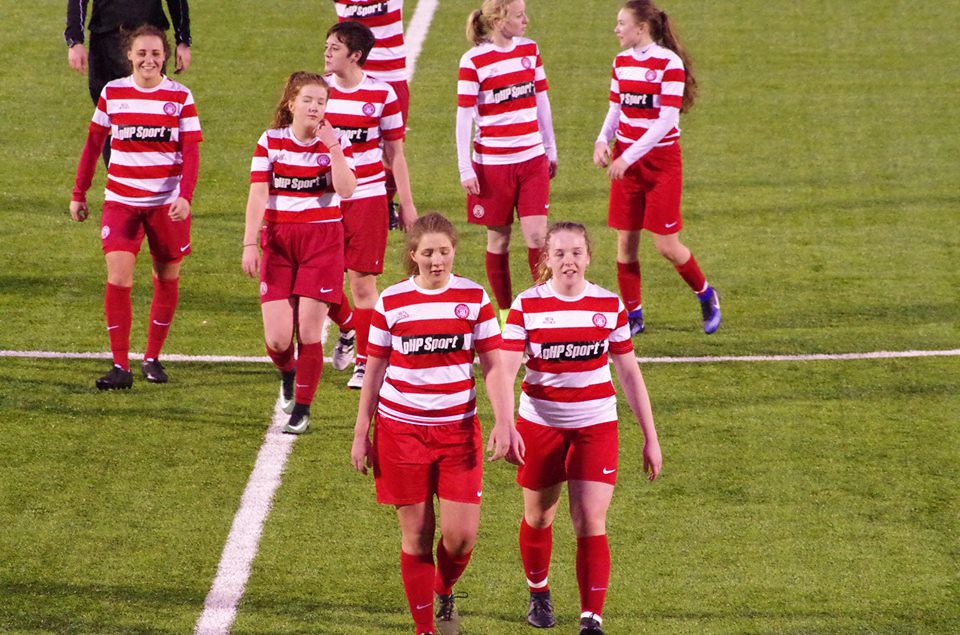 Accies were two up at half time, courtesy of two well executed corners, but Forfar fought back with a quick fire second half double, before Gill Inglis settled matters with a late penalty. Forfar certainly provided the type of test Doctor and his players know they must rise to in the season ahead.

“Surrendering the two goal lead was disappointing.”, he says. “I suppose but that may be down to all the changes we were making during the game. But we came back strongly and won in the end. It was nice to get some goals from the set pieces. We’ve been working hard on a few things at training and it was good to see us execute from the four corners we had.”

“We just need to work on being more clinical. We were playing good football until about 30 yards out and we still need to work more on our execution.”

With such competition for places the Accies starters looked keen to make their mark, as Accies began the livelier side from the outset. Mairi McGuinness and Mhairi Lyle provided the early impetus, running the channels up front, but it was to be the corner kick deliveries of Lauren Kerr which got Accies on top. 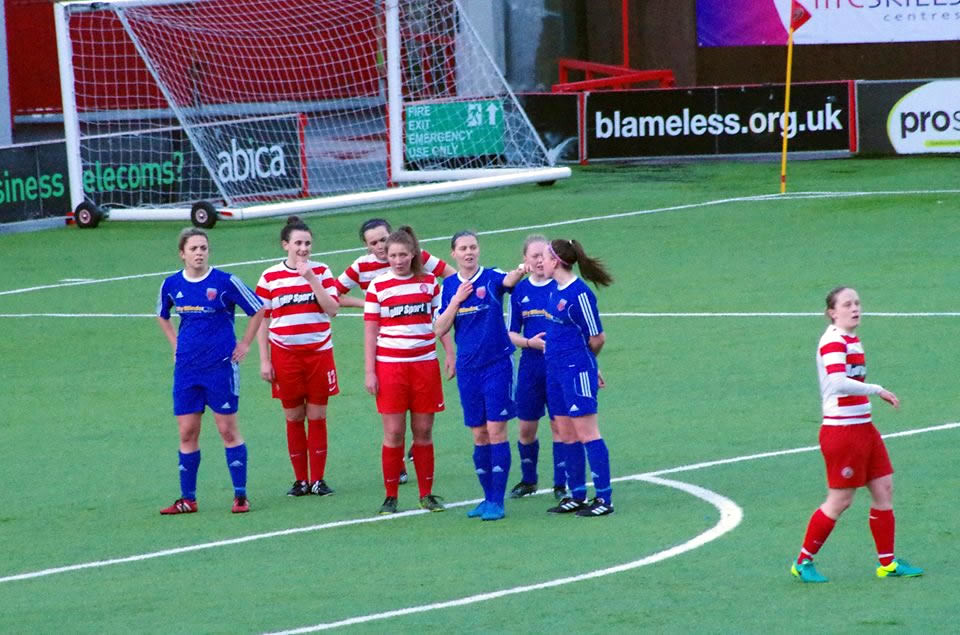 The opener arrived on 11 minutes as Accies won a corner down the left.  Kerr’s right footed in swinger broke to Lori Gardner who found the top corner of the net from inside the box. In almost identical fashion nine minutes later Kerr then repeated the trick as she picked out Deborah McLeod inside the box to glance home number 2.

Accies were looking confident and were almost  3 up on 28 minutes as Kerr’s shot from outside the was gathered at the second attempt by Dryden with McGuiness ready to pounce for the rebound.

The visitors started to settle more into the game, with Julia Scott providing the main attacking outlet out wide. Her cross on 39 minutes provided the best opportunity, as she found Smith at the far post but the striker couldn’t direct her shot on target.

Forfar carried their momentum into the second half, with McCarthy heading Scott’s cross just wide on 47 minutes. The visitors were seeing more of the ball in the Accies half and on 57 minutes Smith linked up well with Deans in the box, with her powerful effort requiring a strong hand wide by Elaine Fleming.

Accies rang a few changes midway through the half and Forfar seemed to take advantage of the reorganisation as they fought back with a quick-fire double. The danger again came from Scott out wide as she crossed for Smith to head outjump the defence to head past Fleming. 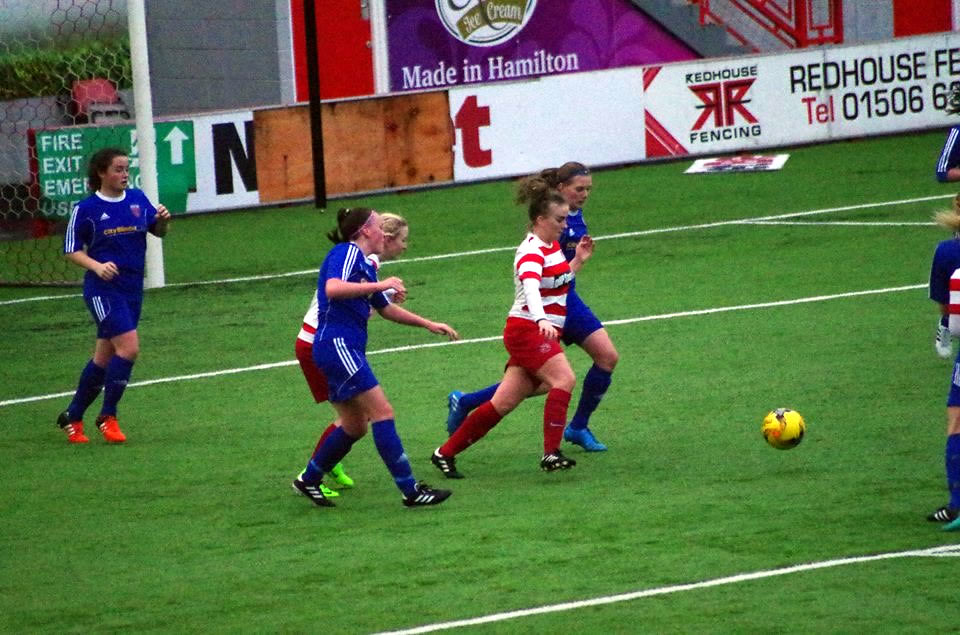 Then, after Fleming had rushed back to tip over a net bound Smith shot two minutes later, the visors were level from the resulting corner, as Accies struggled to clear and Deans pounced first to drill a low drive past Fleming.

Accies responded well though, and soon re-established their lead from the spot as Connolly drove through the heart of the Forfar defence to be brought down by Collier for a stonewall penalty. Inglis duly stepped up to send Dryden the wrong way.

Connolly could have extended the lead on 84 minutes as Dryden misjudged a shot and almost parried into her own net, only to be rescued by the post.

It’s on to Jeanfield Swifts next week and midfielder Mairi Lyle knows it’s another valuable preparation for the league kick off.

“They’re a strong side and we’ll need to play well. It was good for us to get a win today and get some goals. I thought we played well to get two goals up then maybe dropped off a bit. It was a much better performance than last week, and it shows we have a strong squad. We can be a bit more clinical in front of goal and we’ll be looking to work on that for next weekend.”