It has been almost two months without competitive football, but we blew away the cobwebs in style on Sunday to reach the Scottish Cup Quarter Finals. The visitors from Aberdeen had a torrid time of it, with our only regret being that it should have been more than seven. Manager Gary Doctor is now hoping goals bring confidence as we now try and get back up the league table, starting with the visit to Spartans on Sunday.

“It’s good to be in the quarter-final. Another home draw would be great. We’ve had tough draws over the past few seasons, and today was our first home draw for three years. But we’ll do what we have to do when it comes around. We can now forget about the cup for a few weeks, with big league games to focus on now”, the Accies boss says.

Accies made a very bright start, and never really let up for the 90 minutes. Mhairi Lyle was clean through on goal almost straight from kick-off, her effort saved by Williamson. Gill Inglis then struck the bar after the great wide play by Jordan McLintock in the third minute. The pressure just kept on mounting and we took the lead on 8 minutes. Emma Lyons helped the ball out wide to Inglis down the right, whose cross could only be deflected by McIntee past her own keeper.

We continued to have all the play but our opponents responded and regrouped for the next half hour, albeit Elaine Fleming was to have a very quiet afternoon in goal. We continued to press our opponents in their own half, forcing the play and winning a succession of corners. Dani Connolly and Lyons came close from McLintock deliveries, with Amy Anderson twice coming close from distance.

The visitors almost made it to halftime but all the pressure finally told as we scored twice before the interval. Once again Inglis was the provider for both goals, firstly squaring for McLintock in the box on 37 minutes, who set up Mhairi Lyle for a low finish past Williamson. In almost the final act of the half Lyons then split the defence for the Accies captain to square to give Deborah McLeod an easy tap-in.

Despite looking so comfortable at the break, it will have pleased the coaches that we never took our foot off the gas in the second half, as we carved out a succession of great chances. It took just 3 minutes of the half for us to extend the lead, yet again another assist for Inglis, crossing for Lyons to head home from close range. 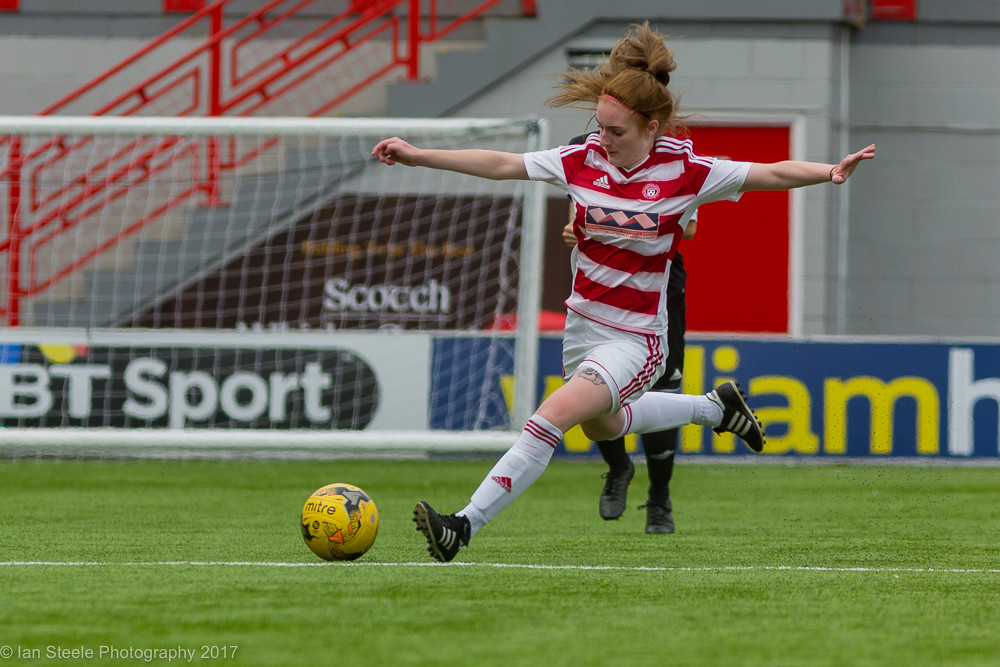 The two combined again just a minute later, this time Williamson pulling off a good save to deny the Accies midfielder her second goal. Then it was Lyons turn to set up the captain on 50 minutes, the City keeper parrying out to Lyle who struck the bar.

We continued to pile on the pressure and number five was worth the wait on 52 minutes. McLintock’s corner was only half cleared out to Anderson on the edge of the area, whose instinctive shot rocketed past Williamson in off the bar. Inglis then had her fifth assist of the game, setting up McLeod to tap home her second goal on 58 minutes.

With half an hour left we were able to give rotate the side and bring on some fresh faces, with Laura Gallen rounding off the scoring on 76 minutes, assisted by new signing Carolina Richardson. In the meantime. The only surprise was that it was just the seven, and if anyone deserved a goal it was Ingis. Somehow she couldn’t find the net with another two opportunities, striking the woodwork twice late on, as we continued to swarm forward.

Plenty of positive to take though as we now approach a very different challenge next week. Most importantly we looked fresh from the break and enjoying our football. The Accies manager was pleased with the first game back. 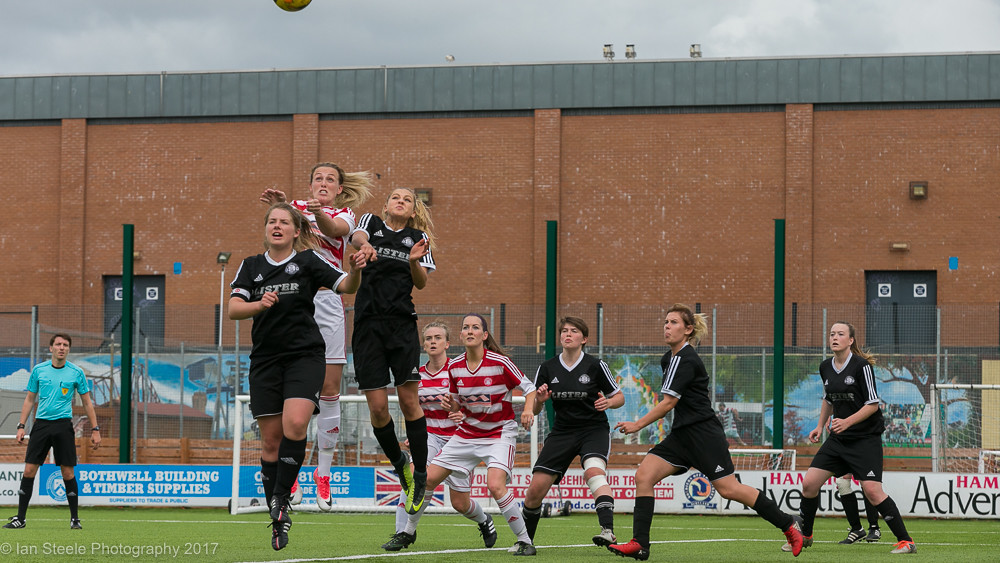 “We kept the standards up all day, which is probably the most important thing. It was potentially a difficult one against an opponent from a lower division, defending deep and in numbers. We had to break them down in different ways.”

“The only disappointing factor is that it could have been even more than seven, but overall it’s been great to see the midfield contributing goals to take the pressure off the forwards. It was good to get a few new faces involved today also and show the good depth we have in the squad.”

“It has been a long, difficult break, but hopefully we can get a run of consistency behind us now, and take a lot of belief from today. Sunday at Spartans will be very different. We played them earlier in the season and was really close. We’ve both changed our teams a little since then so we’ll see how it goes.”