Twenty’s Plenty As Accies’ Legend Hangs Up Her Boots

After a two month break the SWPL soon resumes, with an Accies stalwart bidding to bow out of top level football at the top. This year marks a remarkable 20 years between the sticks for ever present keeper Elaine Fleming.

It was before some of her current team mates were born that a 15 year old Fleming made her debut against a Julie Fleeting inspired Ayr side, a hat trick from the soon to be Scotland superstar providing quite the introduction to the senior game. Fleming now hopes to use all the experience gathered to help mentor the next generation of players, as she surveys her two decades service at the club.

“I had opportunities to go elsewhere, but I’ve always been drawn back to Accies. I feel like it’s a proper family and community club, and I’ve always enjoyed playing my football here, and the whole atmosphere.” she says.

No one has symbolised that spirit and the changes underway in the womens’ game more than Fleming, as she has witnessed going from bounce matches on dark sodden pitches to stadium football and a gradual structuring of the game.

“When I started football away back it hadn’t really taken off as it has now. We began at the Jock Stein pitches and decided to start up a girls’ team. I was lucky to have the support of my parents and Ian Steele, our coach. If it wasn’t for Ian and all his advice throughout my career I might have drifted away from the game.”

“But you can see the professionalism slowly seeping into the game. When I started womens’ football it was a largely recreational sport, but now there’s definitely a more professional mind set. “

“Even in the last 7 years at Accies you can see the level of professionalism under Kevin Murphy and Gary Doctor, the sports science and gym work we now do under Mark McKenna. We all believe that we are probably as strong as weightlifters, and that is one of the reasons I am still playing as well. It’s all about injury prevention, so I’ve been lucky the last few seasons I’ve not really had any serious injuries apart from thumbs and fingers.

“The bar is getting a lot higher, and if you’re a youngster making your way in the game, there’s no reason why you can’t succeed if you work hard.”

As Fleming has seen the game begin to flourish on an international level, she has also taken a lot of inspiration from some of the stars to have emerged in the womens’ game.

“Mia Hamm of the USA was always my role model. She was a striker but she always made out that if you work really hard you can be a success. I like that kind of story. You don’t always have to be the most talented, but if you work harder than your opposition you have a chance.”

“I’ve been very lucky to have gelled with some good players in my time, who are also some of my best friends. Lindsay Hogg was a great centre half for Accies and is still involved massively at the club. Claire Gemmell is now at Rangers but was such an inspirational player to have on your side.”

“I’d like to think younger players can look to me and think they can make it in the game. Carys is very talented and asks a lot of questions. She has a great future. I find that just being involved in improving the young players makes me want to improve myself too. It’s a two way thing.”

“I’m working with some of the most talented people in Scotland at under 14 and under 16 level at SWFA South West. It’s fantastic to try and impart a bit of wisdom, and see how professional and committed they are at that age. I think I’ll commit more to it once my playing days are over.”

Before any thoughts turn to hanging up her boots though, Fleming remains totally focused on her side’s predicament in the SWPL.  Accies sit second from bottom, just a point above Aberdeen, and will be aiming to at least close the gap on teams above them in the table. Fleming insists the league position does not reflect performances and is confident about staying in the league.

“We’re not far away, and maybe just need a bit of belief, because in games against the big teams we’re pushing all the way until the end, unlike when we were in the league previously. “

“I want us to consolidate our position in the league. We deserve to be one of the top teams in Scotland, top 8 or even top 4. The club and the players know that we should be taking points off the bigger teams, and deliver on the promises that we made at the start of the campaign.

“We just need that little bit extra drive and commitment, and I’m sure we’re going to have a breakthrough moment in the second half of the season, and we’ll kick on.”

The keeper hasn’t even thought about finishing at a club she has played for over half her life. When will it suddenly dawn?

“I think it will be when going out for the last time knowing that your competitive days playing the sport you have ever known is over. Once I call it a day, that will be it and I’d like to end it at the highest level I possibly can. Playing at this level at this club has been such a thrill. But, yes, I imagine I might cry, which you don’t see happening that often!” [1]Ian Steele – Official Photographer 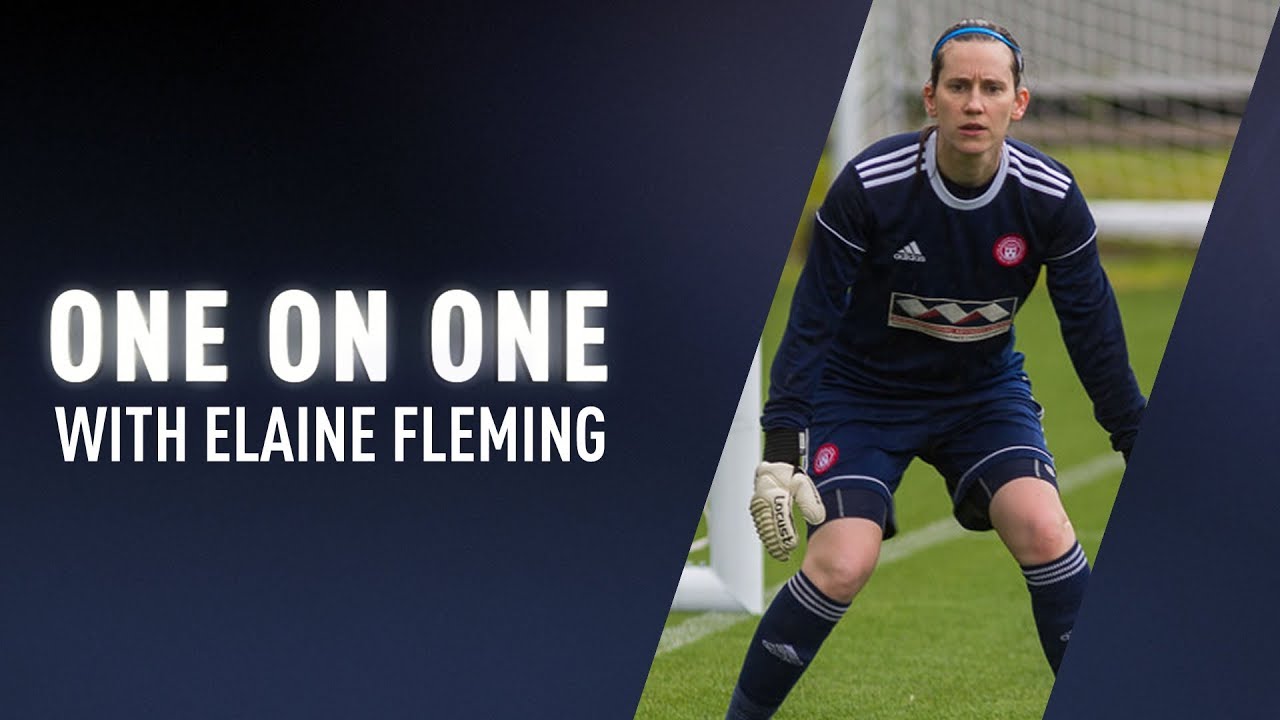