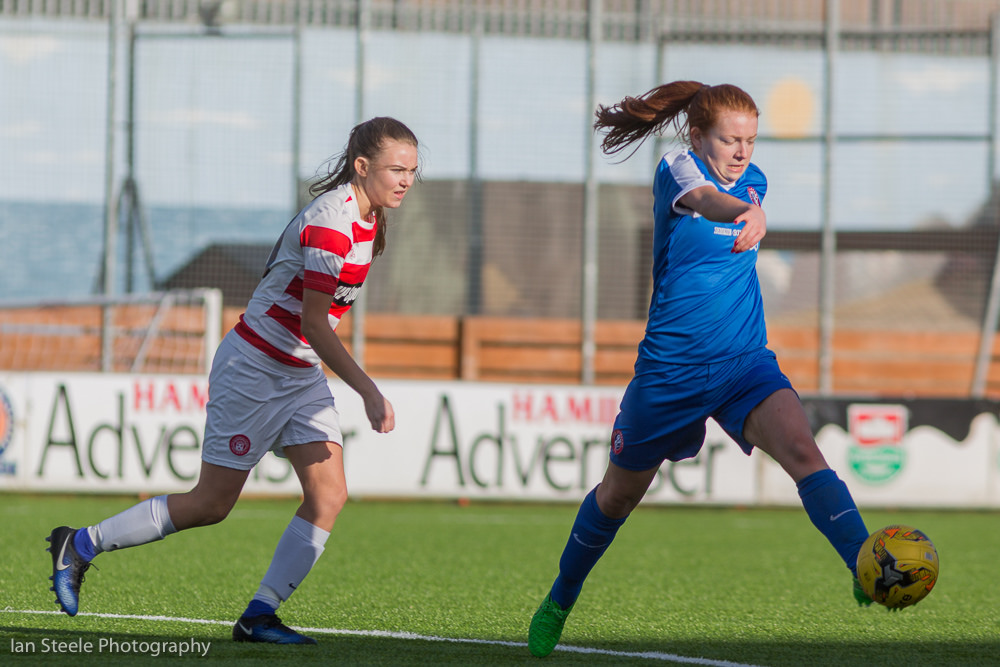 A Frustrating And A Bizarre Loss

This had nil nil written all over it but a late goal consigned Accies to their second defeat of the new league campaign. Such fine margins between victory and defeat were all too obvious at Superseal Stadium in a game which on another day could just as easily gone the other way.

It was both a frustrating and a bizarre way to lose, as Simone McMahon’s corner kick hang in the sun, unsighting the home defence. Somehow the ball skipped its way into the net to give Spartans the vital breakthrough direct from the set piece.

After last week’s loss to Celtic, Coach Gary Doctor was disappointed his side again fell just short. He stresses that Accies need to find a way of turning these tight games into wins. 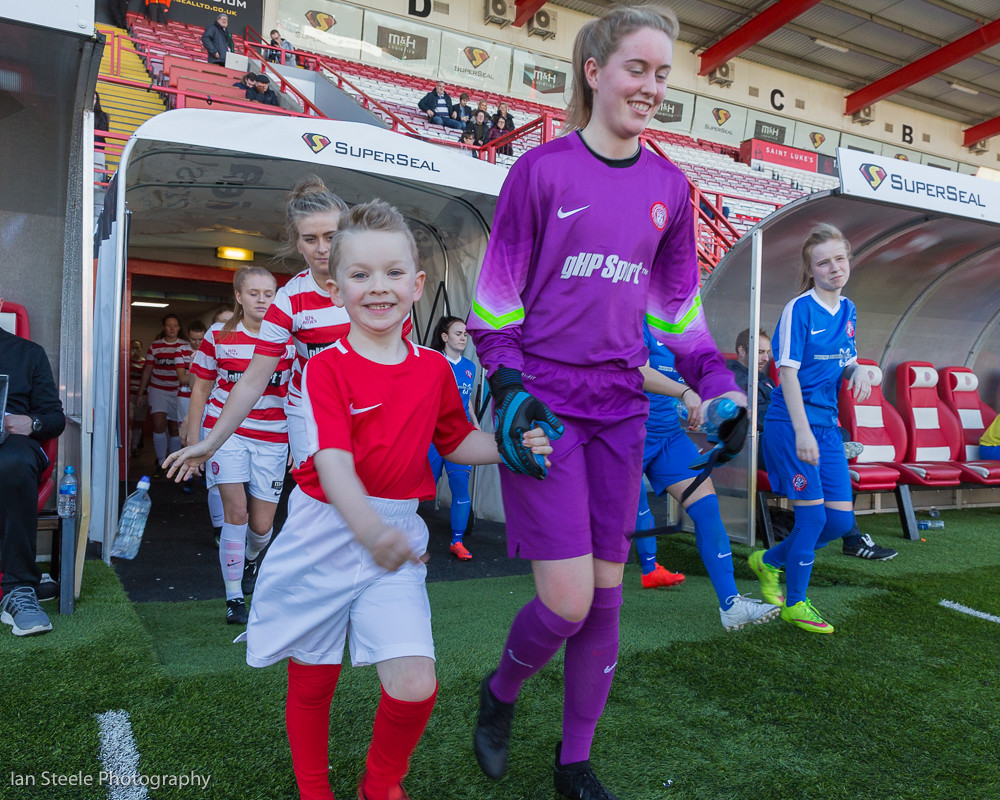 “We’ve come so close in both matches. The endeavour of the players again was fantastic but I don’t think we could say we played as well as last week. I don’t think either side deserved to win or to lose.  In the end, the goal typified the game, with a bit of good fortune about it.

“We just didn’t make enough chances of our own, and we need to find a way of winning games like this. I think if we get the first goal in a game we will be able to play with more confidence and see these games out. We’ve got to give ourselves a better chance to win.”

Accies best chance of the whole 90 minutes arguably came in just the 8th minute, with Megan Quinn finding good space down the left of the box to square for Dani Connolly in the box. But Spartans keeper Villiaz was equal to the shot, showing good reflexes to stop. 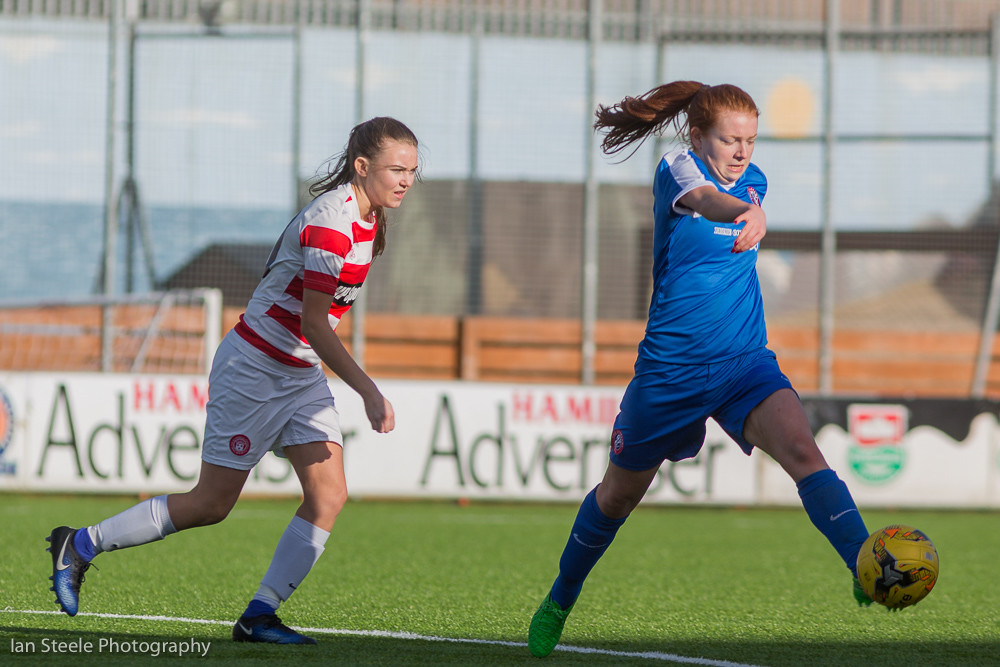 Accies had begun with tempo and early possession, but their opponents slowly grew into the game to perhaps shade the remainder of the first half. Boyce’s shot from the edge of the box needed a fine hand from Hopkins to tip wide on 20 minutes, with Accies under a lot of aerial bombardment from a succession of corner kicks.

Another snap chance fell Spartans way two minutes from the break, with Gavin pulling a shot just wide from inside the 6-yard box. A minute later and only a last-ditch McLeod challenge prevented Gavin from pulling the trigger from a similar position, from Mawson’s cut back. Accies had defended well, without really testing their opponents at the other end.

The Edinburgh side stayed on the front foot into the second 45, and Accies survived a scare on 58 minutes, with Gavin netting Beveridge’s long-range rebound from an offside position. The host was meanwhile working hard to close down and get the ball up to Gardner and Paton but struggled to create any clear opportunities. 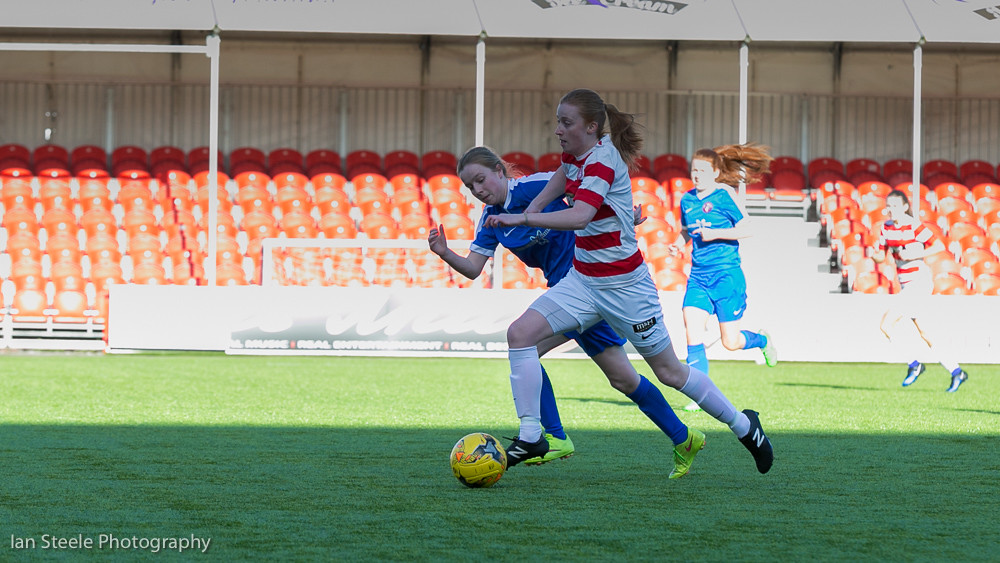 It looked for all that like a set play was all that might separate two evenly matched sides. McLeod could maybe have found the target with a free header from a corner on 55 minutes. Gardner then found herself through on goal on the hour mark with Villiaz quick to rush out and block the shot.

And it finally took McMahon’s corner at the other end to break the stalemate. Not many go in straight from the corner, but they all count. It was tough for Accies to take, but they will be disappointed lose from a set piece.

There is a two-week break now before the visit of Aberdeen. The Accies coach sees it as a winnable game:

“We’re not far away. I think if we can score the first goal in games like this we can get confidence from it and be able to see it out. I think that was key today, whoever scored first would be able to defend it. Our focus in training must be how we give ourselves the best possible chance to win.”