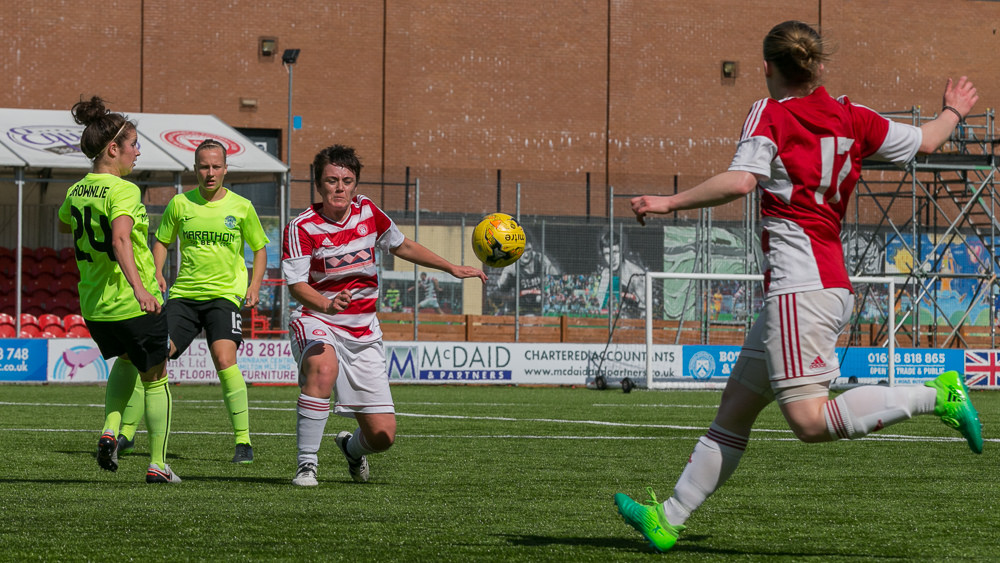 After a 3 week break the SWPL resumes this weekend, with Accies facing a testing trip to Hibs on Sunday. The Edinburgh side have been banging in the goals and currently top the table. Accies coach Bobby Watson knows it will be a tough challenge, as his side try to earn their first points of the season.

“I would say Hibs are the best team in the country in the moment, so we know we’ll have to be at our very best. They have a team full of internationals, pace up front and players who can switch the play quickly. We’re realistic that there might be long spells where we don’t see much of the ball. We just need to try and kill space for them and make the most of possession and opportunities that come our way.”

Accies have lost narrowly in their two fixtures thus far, pushing a much fancied Celtic side all the way in their opener, before going down to a fortuitous solitary goal against Spartans. The Accies coach thinks his side have already shown they can match up to the higher calibre of sides in Scotland’s Women’s top tier.

“We won the league last year to come and test ourselves against quality teams like this. It’s the intensity of games in the premier league that is the big difference. Every mistake gets punished and you must be 100% switched on”, he says.

Only three players remain from the Accies side which lost 7-0 to Hibs 2 years ago, but Watson believes his side have improved a lot since:

“We’re a much stronger side than last time. And this season thus far I thought we should have had at least a point from either or both of the games we lost. But I am mindful we don’t have any points on the board. We need to find a way to change that. We have players of our own that I know can hurt teams, particularly if we make the most our pace up front.”

Watson’s side have had to make do with training and friendlies to remain to maintain competitive sharpness, but will ramp things up this week as they prepare for Hibs. With midfielder Emma Lyons having recovered from an ankle strain Accies have no selection worries.

“Everybody is raring to get back into action. We’ll prepare as we do for every game. But I also know Hibs’ coach Chris Roberts well and he’ll have been thorough in his preparation. There’s no chance we’ll catch them cold. We need to be fully prepared and ready.”

With hopefully a positive result to kick on from against Hibs, Accies then return to the Superseal the following weekend to host reigning champions Glasgow City. The challenges come thick and fast as the season gets into full swing.