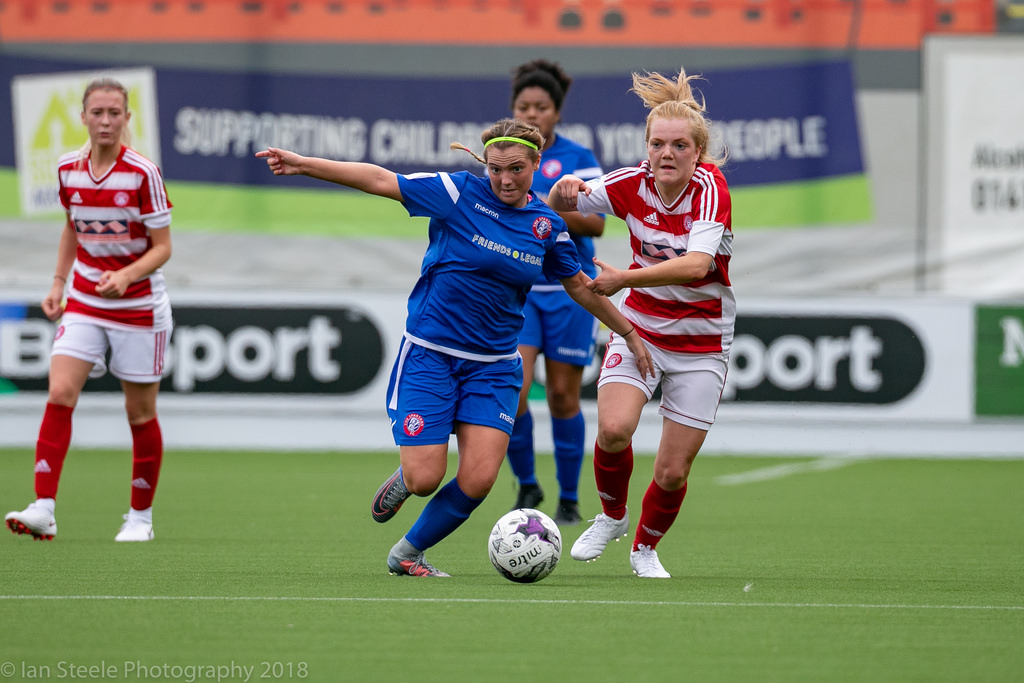 It was honours even as Accies returned to the new playing surface at New Douglas Park to stay one point above the SWPL drop zone. There could be few complaints, a goalless draw being just about the fairest reflection of a match of few clear openings.

It’s a clean sheet, at least, after a couple of heavy defeats on the bounce. And a draw at least keeps us a point above yesterday’s bottom-placed opponents.
Gary Doctor’s side has keeper Lauren Grant to thank for pulling off one of the saves of the season in the second half to deny Spartans all three points. The Accies coach thinks his players took heart from such a solid last line of defence.

“It was a fantastic save, and you could see the rest of the team responded and took a lift from it at an important time. I thought Lauren was excellent overall, with her handling and control of her area.” 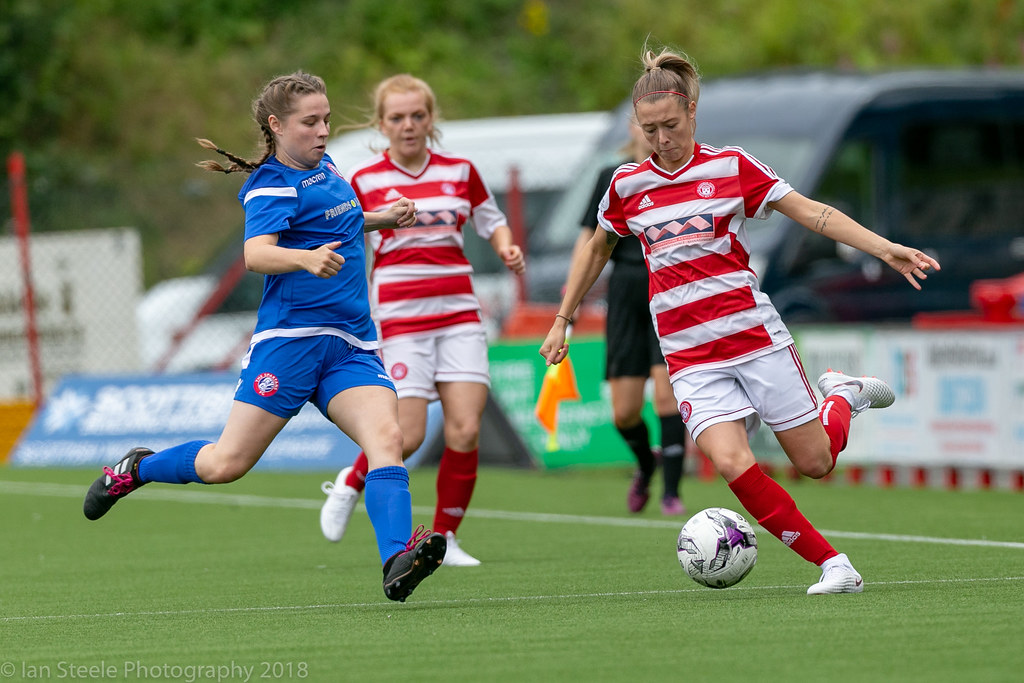 “We had a few openings of our own and their keeper’s made a fine save from Lori Gardner at the other end. It’s rare that we draw a game. It’s a clean sheet, but probably a fair result on the balance of the game.”

“I can’t really find fault in too many players today. I thought endeavour wise the players gave everything. We showed a bit more on the football side, but I thought going forward we’re still a wee bit rusty.”

We made two changes to the starting line up from last week, Lindsay McIntosh having an impressive first start in place of Megan Quinn. Kodie Hay returned up front, with Megan Quigley dropping to the bench. 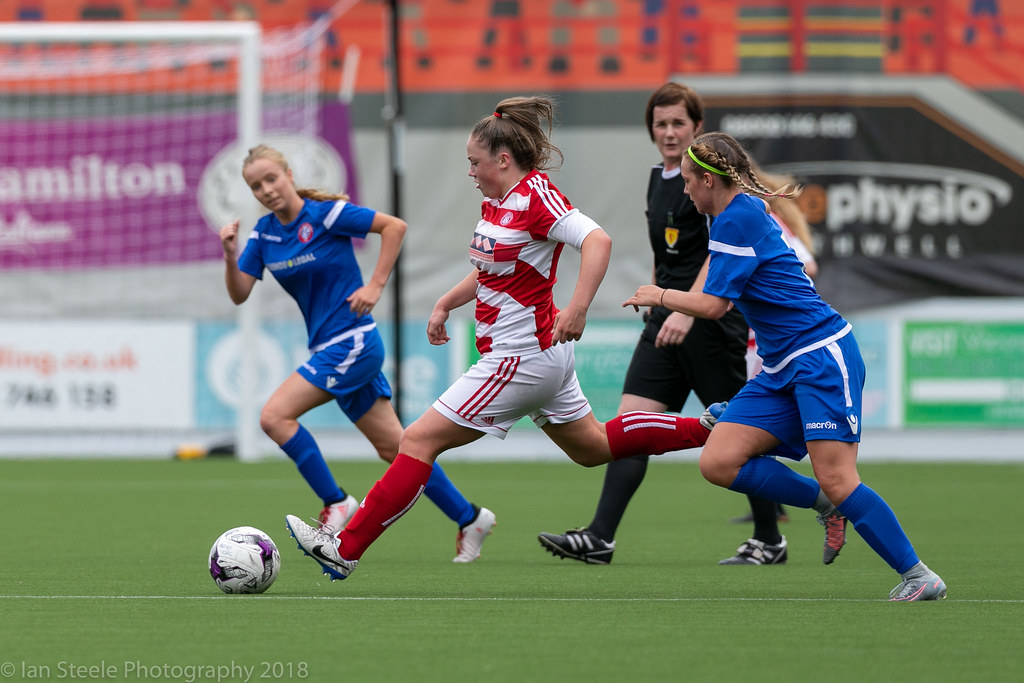 In a cagey opening on the new surface, neither side was giving much away. But the midfield started to find their passing range, with Lori Gardner and Katie Rice, sent clear a couple of times, by first-time captain Amy Anderson, but we weren’t able to capitalise.

Instead, it was Spartans who came closest to an opener on the half hour, as McAlonie’s 30-yard free kick struck Grant’s upright and rebounded over. The visitors came into the game after that, looking especially dangerous from the set piece.

Both sides had a solitary clear chance to grab all 3 points in a tight second half. Grant first denied Rebecca Galbraith’s point-blank header to somehow tip around the post on the hour mark, with Lori Gardner thwarted at the other end 10 minutes later after a sweeping Accies counter attack. 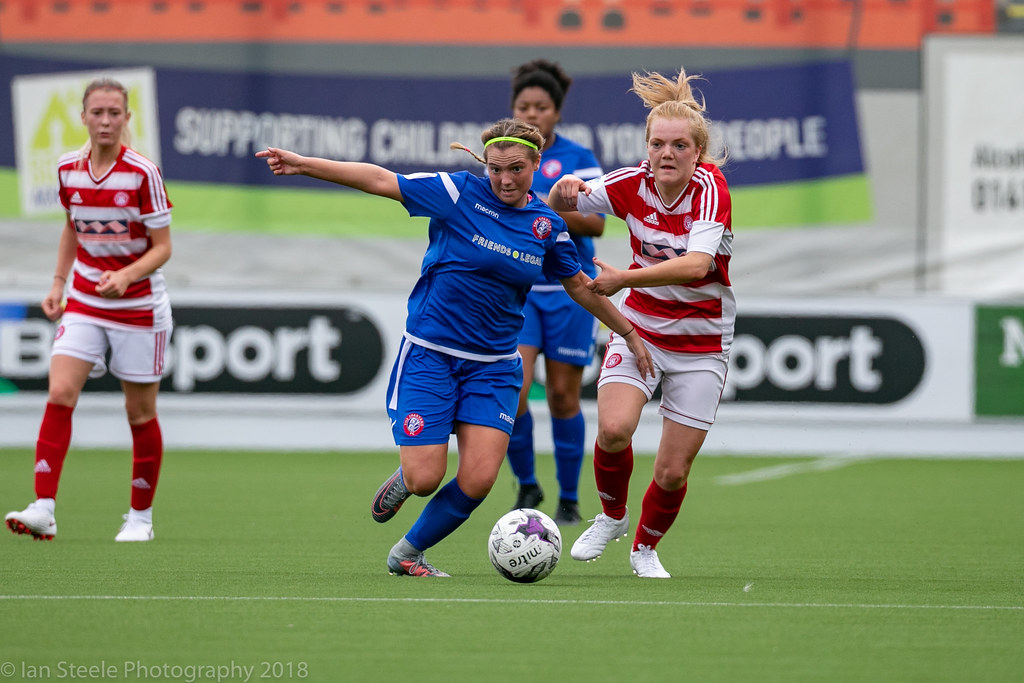 Thoughts now turn to the SSE Cup next weekend, with a place in the quarter-finals up for grabs as Accies visit Hutchison Vale.

“We’re the team from the league above, so it’ll be odd being favourites in a match.”, the Accies coach says. “

“It’s a different type of pressure, but one we’ll look forward to. We played Hutchison Vale in a friendly a few weeks back, but that’ll have no bearing, especially in terms of personnel.”