Accies Lose Out To Clinical Rangers Side

Sunday was a reminder of the harsh realities of life in SWPL 1, as we went down 4-0 to Rangers at the Super Seal. After a promising opening half hour, we gave ourselves a mountain to climb, losing two goals before halftime. Chasing the game in the second half, we lost a further two goals in the second half, an easy win in the end for Rangers.

The result leaves us second bottom of the division, just above Aberdeen. We look ahead now to the visit to Stirling University on Sunday and the opportunity to leapfrog our opponents, with coach Gary Doctor hoping for a good response from his players after a disappointing defeat.

“Next week will be a wee test of character for the players. We’ve had disappointments in the past and come back. This season is a huge learning curve.” the coach says.

“Today was really disappointing. It was a performance uncharacteristic of us this season. We’ve competed well so far against good teams at home, losing narrowly. Today hurts that bit more because we just didn’t turn up in so many phases of the game.” 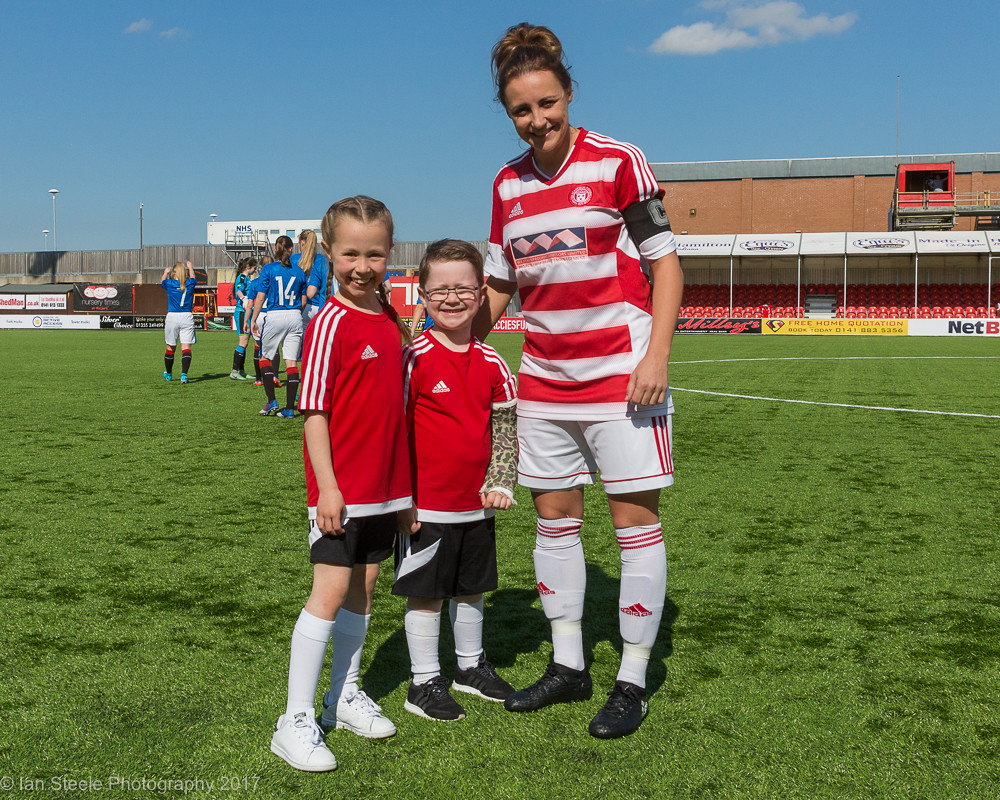 “At this level, we’re playing against a good team with some really good individuals, and they were that bit more clinical than us today. Four is wee bit harsh on us, but that’s life in this league.”

“I thought we started OK. We had some good chances, got into some good areas two or three times, but unfortunately, a lack of cutting edge has cost us. You’ve got to score when you’re on top, it’s as simple as that. It was really disappointing to lose two before halftime, particularly the second goal from a ball in behind.”

The early signs were good for Accies. Starting with the side who won so impressively last time out, we looked to be continuing where we left off, looking sharp and pressing the play in the Rangers half. There was the first sight of goal for Lori Gardner on 6 minutes, as she ran onto a Joanne Paton through ball, with Rangers keeper Elliott quick to rush out and close down the danger.

A minute later and Paton drove through the middle to the edge of the Rangers box, with her shot tipped over the bar by Elliott. Rangers were taking a while to settle into the game as new coach Amy McDonald looked from the touchline. Paton went on another meandering run on 22 minutes, again testing the reactions of Elliott who tipped over the bar. 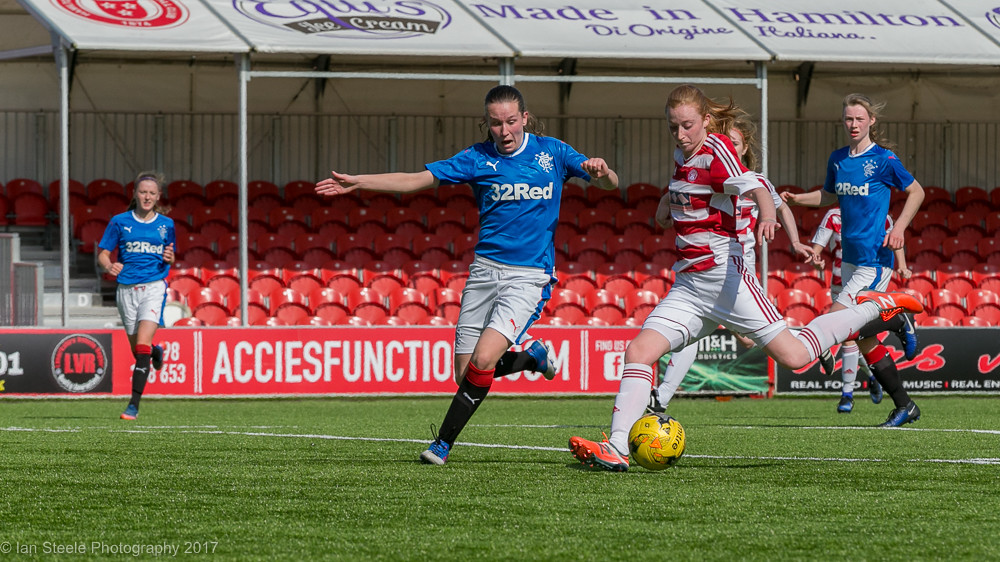 These turned out to be our best efforts on target for the remainder of the game. Rangers’ best early effort was a Hannah Robertson shot skewed wide from the edge of the box on 29 minutes, but they gradually began to exert some pressure of their own as the half wore on.

The visitors grabbed the all-important breakthrough on 34 minutes, Rachael O’Neil winning and then heading home a Claire Adams corner in off Fleming’s post. It seemed to give Rangers a jolt of confidence, with further chances falling the way of Robertson and Adams from balls into the box.

Chelsie Watson was next to threaten as she rattled Fleming’s bar from a free kick on 43 minutes, with Fleming clinging onto the rebound. Accies hoped to hang in until the interval and regroup, but Rangers were to double their lead before the break, as Robertson beat the offside trap to chip Fleming from the edge of the box.

It was going to be an uphill task in the second half, and we made a triple substitution on the hour mark, trying to freshen up our attacking options. Accies went on to win series of free kicks and corners in promising areas, but couldn’t find the delivery to capitalize in the box. 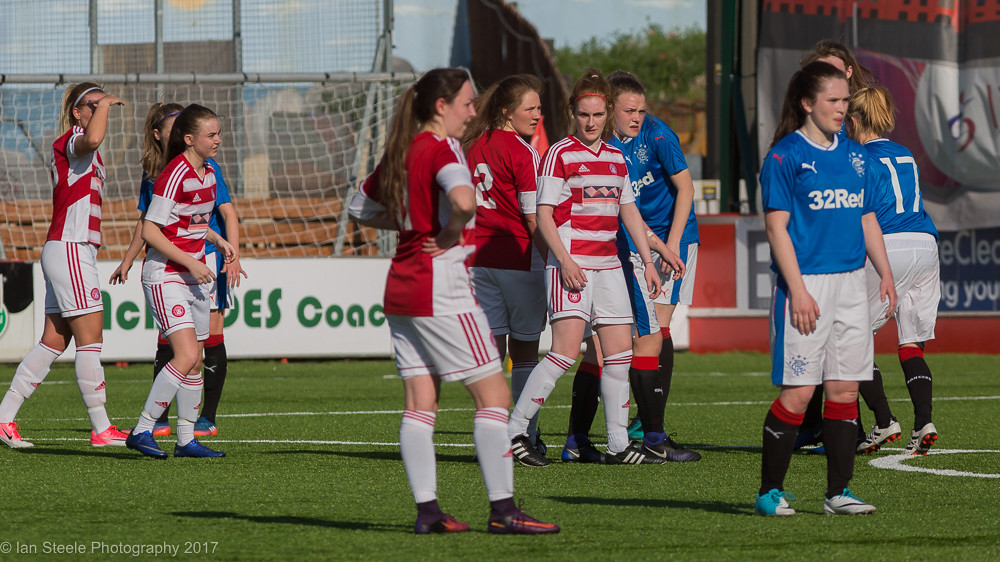 The best chance of the half arrived on 55 minutes, as Gill Inglis swung in a corner from the left, with perhaps just too much pace on the ball for Mhairi Lyle to control her shot, which went well wide from close range.

Instead, Rangers went on to punish Accies from the set piece at the other end on 71 minutes. The visitors pegged us back, winning four successive corners and it was fourth time lucky for Watson as she rose to head Claire Gemmell’s corner kick past Fleming.

We continued to have some late chances from set pieces, with substitute Jade McClintock firing wide from an Inglis free-kick delivery with 10 minutes on the clock. Laura Gallen headed another half-chance over the bar on 84 minutes.

But Rangers had the final word with a minute on the clock, as Adams rounded off a dream start for her new coach, chipping over Fleming from the edge of the box.