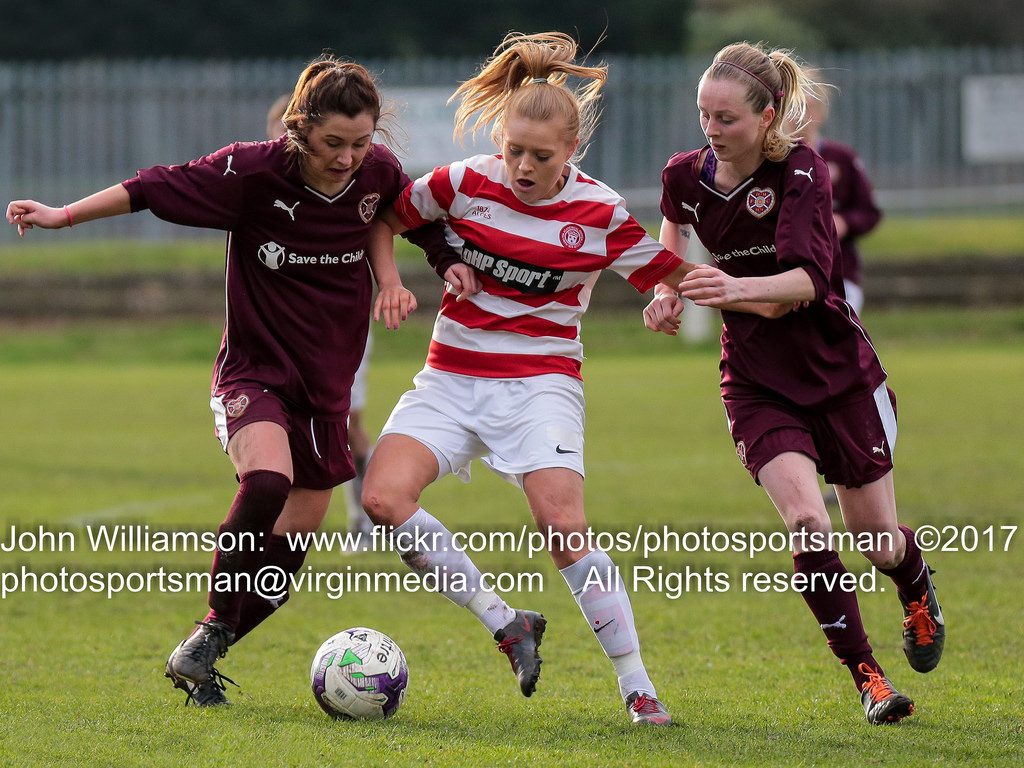 Coach Bobby Watson is remaining upbeat about his side’s prospects for the new season despite Sunday’s 3-0 Cup defeat at Hearts. It was a tough one to take as Accies carved out the bulk of the opportunities, only to be undone by three second half goals. It was a score line that didn’t reflect the run of the ball but Watson and his players are not dwelling on the setback.

“I have a lot of faith in these players and there has been a good response in training. I am seeing the same enthusiasm and drive to succeed. We were all very disappointed on Sunday. I felt were the better team throughout, we dominated the ball, but we didn’t take our chances and let things slip.” 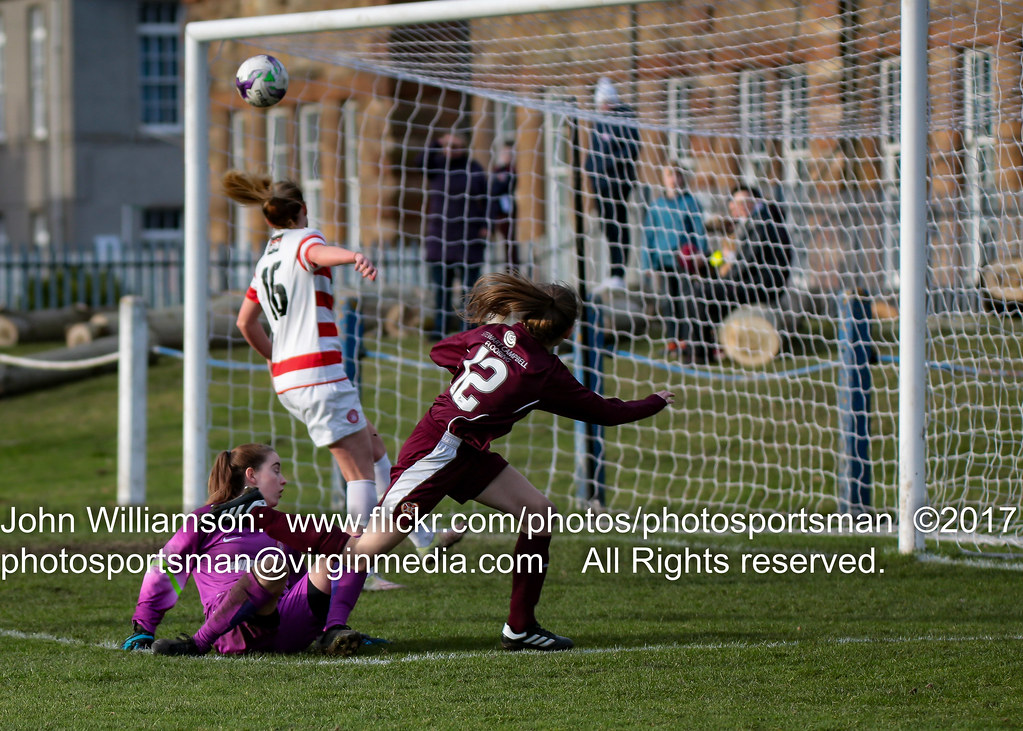 On a bumpy King’s Park pitch at Dalkeith pitch Accies probably had the better of first half proceedings, but were undone by two quick Hearts goals on the hour mark and couldn’t find a response to lethal counter attacking by their opponents.

It was a hectic midfield encounter throughout with both sides giving their all, with neither able to string the passes together in a sustained way. And yet Gary Doctor’s side began the brighter, and ought to have been in front early on, with early opportunities falling to Joanne Paton and Rebecca Smith, both off target.

Accies were keeping a good shape and pressing up field, with Hearts main joy to hit on the quick break. On 14 minutes Kara Kidd nearly caught out the defence, latching onto a quick ball over the top, with Carys Hopkins quick off her goal line to rescue Accies.

The majority of the half was played in the Hearts half, with Paton the main spearhead for Accies attacks, stretching the home defence with her direct running  and committing defenders. Opportunities continued to fall, with Lori Garner’s shot saved on 35 minutes, before Amy Allan passed up a glorious chance to open the scoring as she shot wide from Paton’s deep cross on 42 minutes.

With the bulk of the chances Accies would have been feeling positive going into the break, albeit with that lingering regret that they might find themselves paying the price later in the game. And so it was to prove on 57 minutes as Hearts took the lead. Another Accies attack broke down and Brogan Anderson’s quick ball through the centre of the defence allowed Ashley Carse to get between Amy Allan and Hopkins, before rounding the keeper to score the opener. 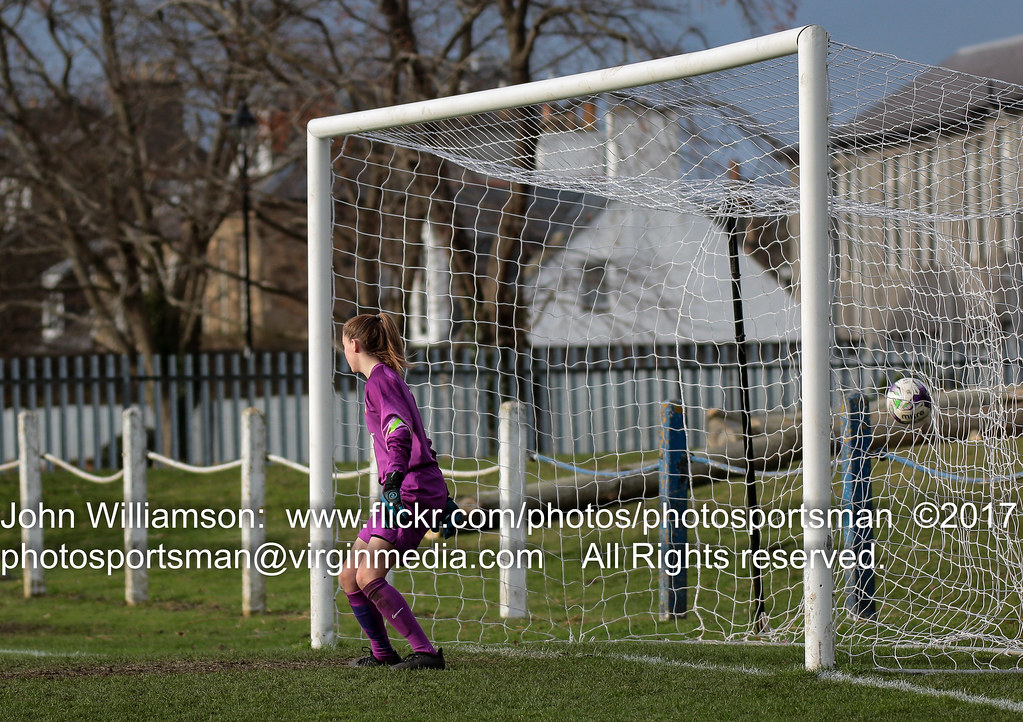 And before they could hit back Hearts extended their lead a minute later from the spot, as the Hearts striker doubled her tally after being adjudged to be brought down in the box by Gill Inglis.

With a mountain to climb Accies continued to attack without finding the crucial cutting edge. Another chance went begging on 65 minutes as MT McGuinness squared for Paton in the box on 65 minutes, with the striker only able to fire over the bar.

It was a familiar pattern by now, with Accies on the front foot passing up openings, but vulnerable to the quick ball in behind the midfield. Kidd could have finished matters on 69 minutes after a quick counter but could only shoot straight at Hopkins, before firing just over from the edge of the box a few minutes later.

But it was to be the home side’s day and Hearts had the final word on 86 minutes, as Rebecca Smith played the ball through and with the Accies defence struggling to clear the danger, Dodds nipped in to place a high finish past Hopkins

Accies continue their pre-season build up and will be hoping to sharpen up their attack against Forfar on Sunday. New signing Joanne Paton carried the main threat to Hearts last weekend and Watson believes her influence will help his side click in front of goal. 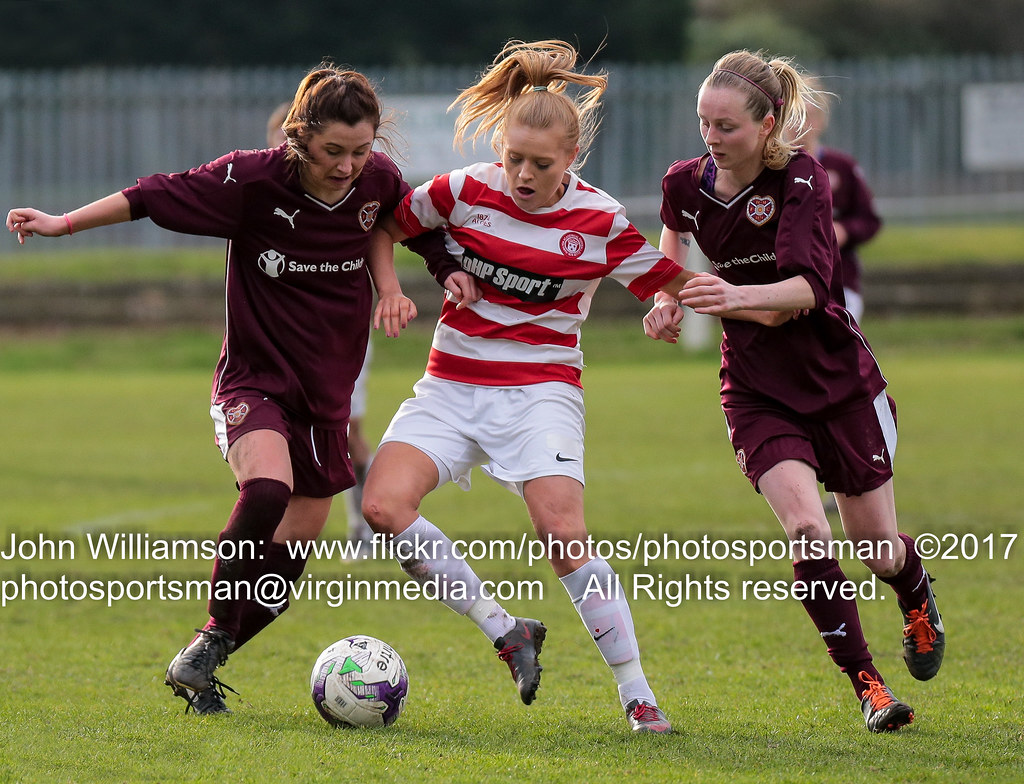 “Joanne is going to be a huge asset to us this season. She has played with top players at Celtic, and the rest of the squad can also benefit from her experience. We had players last season who also chipped in with goals and I am confident they will come in the season ahead.”

“Forfar will be a great challenge for us too. They are doing a lot of good things up there and gave Celtic a close game last weekend.”

All thoughts then turn to the curtain raiser against Celtic, and Watson relished the challenges for the season ahead.

“We can’t wait to face Celtic and test ourselves against top players and coaches. They have signed well in the close season and have a side full of internationals, but ultimately that’s where we want to be. Realistically it’ll be a very tough challenge overall this season, but we have the players to dig in and get results.”

Match Reporter
Mark is a freelance reporter, mostly concerned with all things Accies. As well as Accies WFC, he covers Accies in the SPL, as well as in the development leagues. He also writes on junior and youth football and features regularly in the written press:
John Williamson