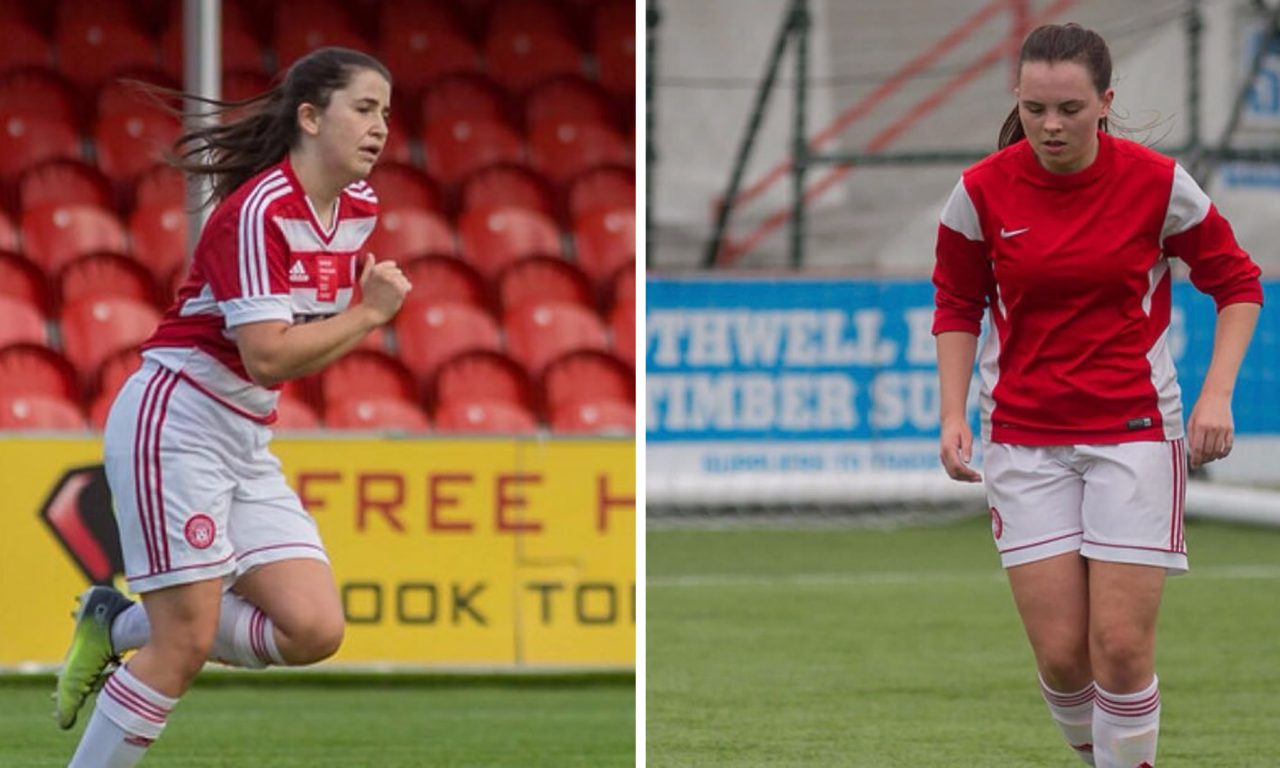 Emily Shearer and Teigan McCann are the latest Accies to rise through the ranks and be officially promoted to the first team.

Following successful training periods and matches with the first team, manager Gary Doctor has promoted the youngsters – who are still both aged to play Under 17s -with immediate effect.

Full back Shearer and forward McCann have played their youth football at Accies for a number of years and are the latest in a long line of top talent to graduate from the Academy.

“I am absolutely delighted for both Emily and Teigan, having worked with them both at under 17 level their attitude and work rate has been fantastic.
“It’s great to see that being rewarded by moving up to the first team and becoming important players for the senior squad”.

Both have also made appearances for Accies Development in SWFL 2 this season and Head Coach Johnston Kerr was also excited with their progression:

“I’m really happy to see Emily getting her chance in the first team and also winning player of the match in her first game. It’s testament to the work getting done at under 17s level by Cammy and Brian. The development squad is there to provide a platform for these girls to move up to senior football before moving up to the first team, I’m delighted Emily has took her chance and been rewarded with a place in the first team”

“Coming through the youth academy I’ve always aspired to get into the first team, I’m delighted that my hard work and commitment has been recognised and I have been given this fantastic opportunity. It is obviously a big step moving up to play SWPL football, but I am excited to learn and push on from here. I’d like to thank the coaching staff at the academy for helping me throughout the years without their commitment I would never have gotten this far so thank you”.

Emily will wear number 6 and Teigan will take number 12.