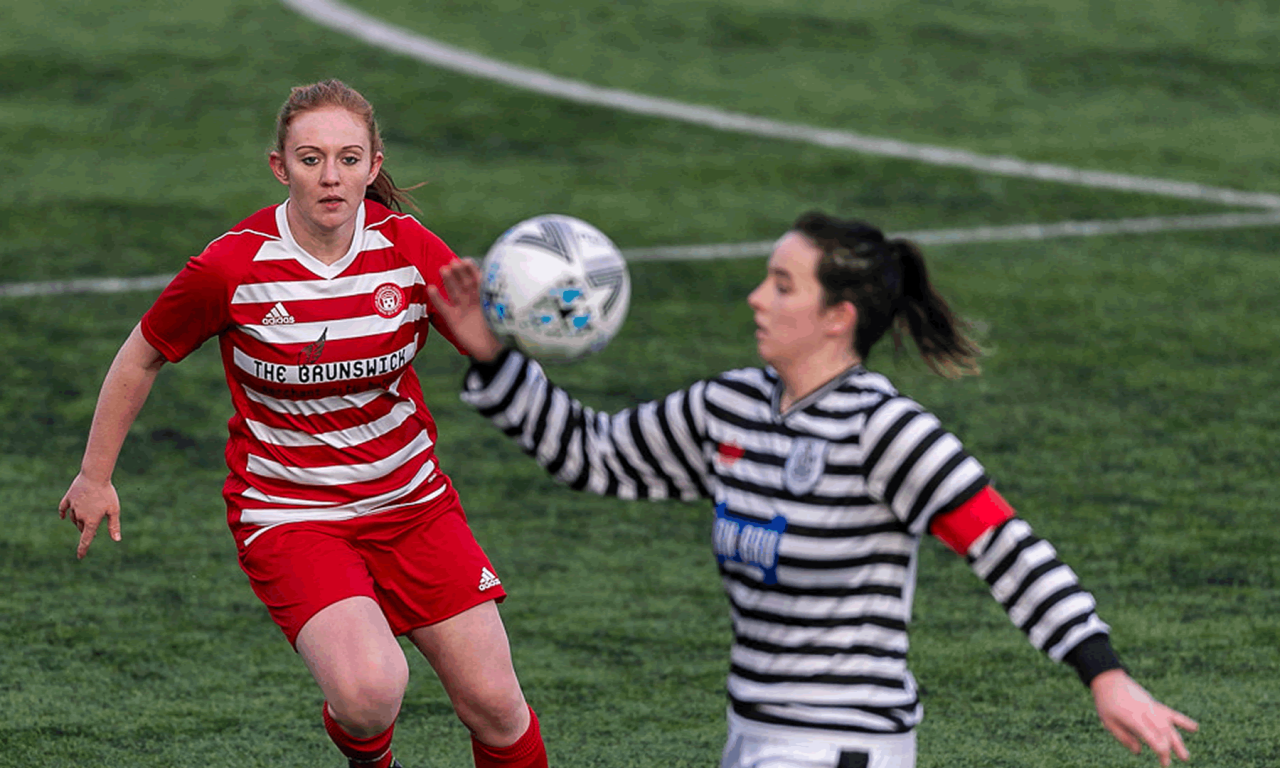 Hamilton recorded back-to-back wins for the first time since October with a comprehensive 2-0 victory on the road against Queen’s Park.

Dionne Brown opened the scoring on the 10th minute before captain Amy Anderson doubled Accies advantage shortly after from the penalty spot. 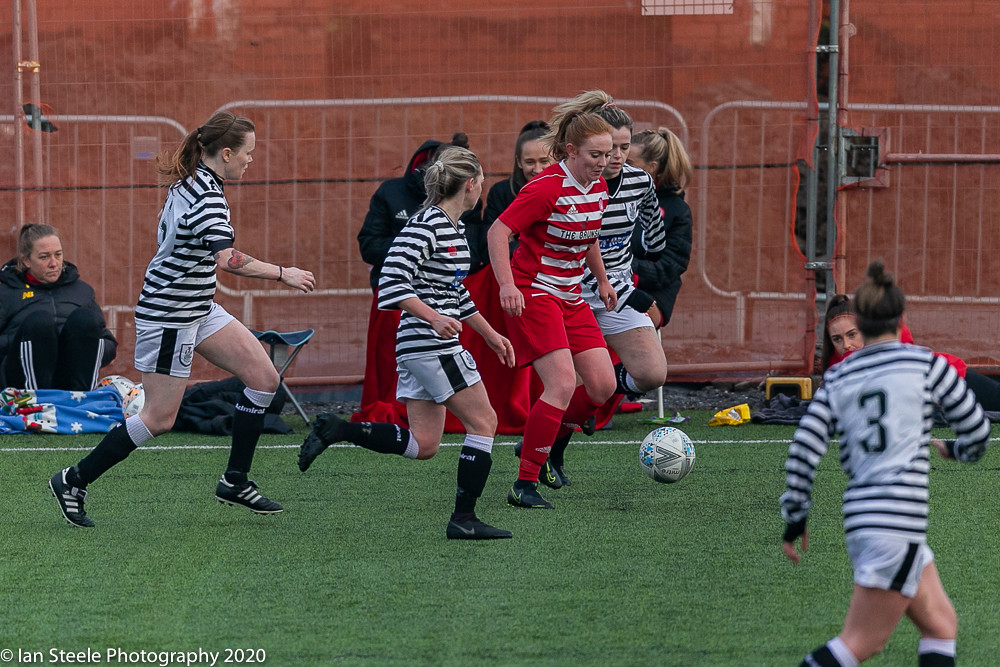 It was the visitors who started the brighter of the two sides, and they should’ve taken the lead after just three minutes when Chloe Muir’s effort from just inside the box was well saved by Katie Andrews.

Hamilton continued to pile the pressure on the Queen’s Park defence and were eventually awarded for their efforts as they broke the deadlock on the 10th minute.

Kirstie McIntosh’s deep free kick towards the back-post found Brown in acres of space and her side-footed effort flew past a helpless Katie Andrews. 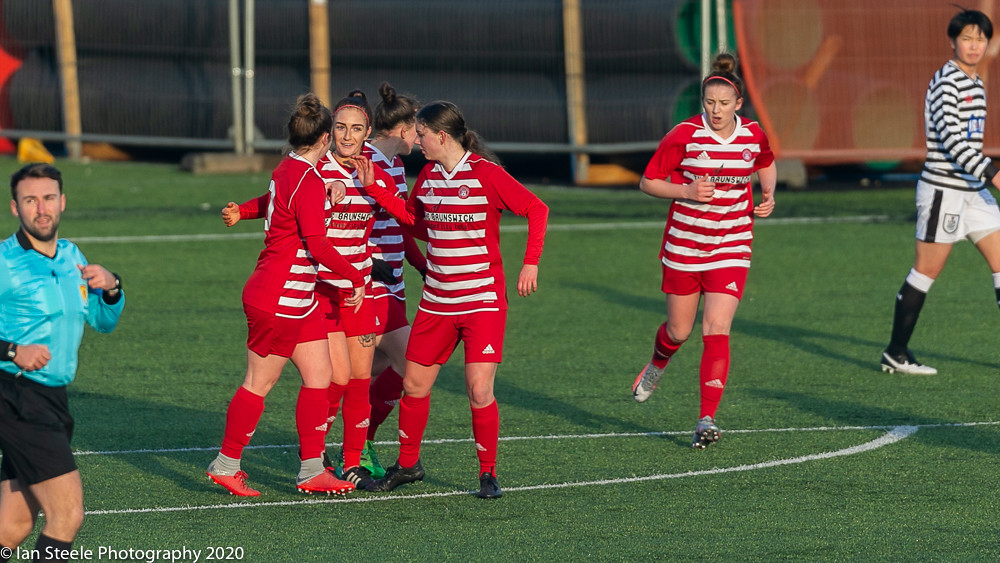 Amy Anderson made it 2-0 a couple of minutes later as she converted from the penalty spot after Brown was flattened in the box by the Spiders goalkeeper.

It was nearly three-nil on the 16th minute when Accies capitalised on a poor clearance from Andrews, but the keeper rectified her error by superbly tipping Josephine Giard’s curling effort around the post at full stretch.

The home side managed to put together their first move of the match on the stroke of half-time, but Lauren Grant was equal to Emma Lawton’s strike. 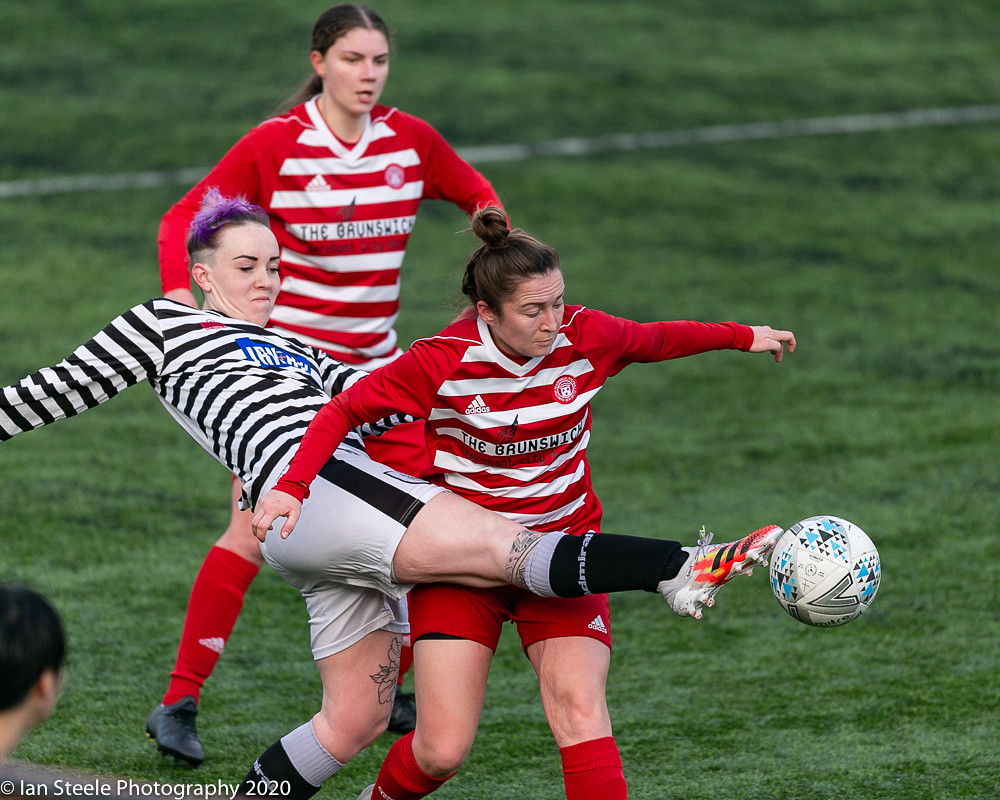 Hamilton had another chance to extend their advantage on the 52nd minute when McIntosh’s corner was flicked towards goal by Geo McTear at the front-post. Her effort looked to be handled off the line by the home defender, but penalty claims were waved away by the referee.

Brown nearly added to her tally for the afternoon as her wicked strike stung the palms of Andrews before McIntosh’s audacious effort was easily gathered.

It was a second half with very little goalmouth action due to the tough conditions, but Accies remained defensively strong throughout and in all honesty never looked like conceding all afternoon.

Gary Doctor’s reaction: “It was a really difficult game and conditions, but a strong first half performance has got the points”.