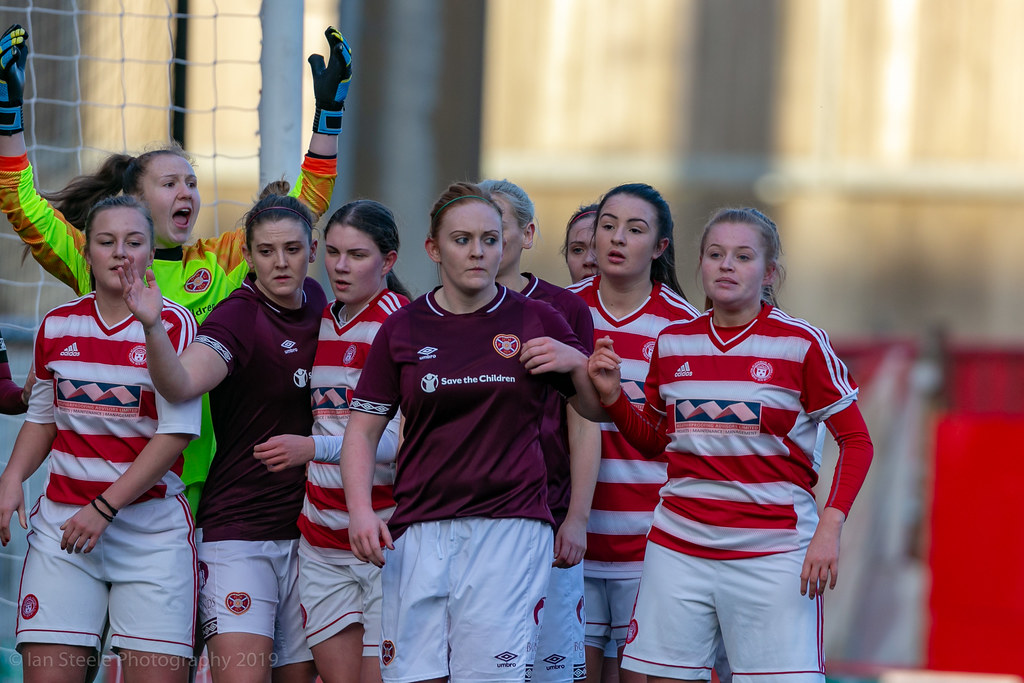 We drop back down to third spot after a disappointing 3-1 defeat at Oriam. Host Hearts leapfrog Accies to return to the top, two points in front alongside Glasgow Girls.

A sluggish Accies fell two goals down by the break. Jade Lindsay pulled one back straight after half time, only for us to concede again almost immediately. There was to be no way back from there.

Coach Gary Doctor wants to see his sides start games better, and expects a response at home to Partick Thistle this weekend.

“It was a hugely disappointing first half from us.”, he said post-match. We improved a bit after the break, but were chasing the game. In this league that’s very difficult as everyone’s so well matched.”

“We didn’t start well at Kilmarnock last week either. That’s something we need to look at, and the players need to respond. We’ll reflect as coaches too.”

There were three changes to the line up from Rugby Park, as Accies welcomed back the experience of Megan Quinn and Dani Connolly at the back. Amy Bulloch also earned a start, with Sara McWhirter, Nichola Sturrock and Kirsty Fraser sitting this one out.

After losing in this fixture back in February at New Douglas Park, we had been on a better run of form. Hearts came into this one on the back of some mixed form themselves, having made a good start to the season.

And they were quickest out of the blocks against an out of sorts Accies, 2 up and cruising at the break. The opener came on 27 minutes, as Rachel Walkinshaw squared for Aisha Maughan on the edge of the box, to drive low through a sea of players and past Grant.

It had been the only meaningful effort on target, Accies unable to trouble Parker- Smith at the other end. Two minutes from the break it went from bad to worse, as a mix up at a cross between Grant and Jade Lindsay allowed Caroline Heron the simplest of tap ins.

Whatever was said at half time looked to have had an impact as Lindsay made amends for the second goal to flick home her second of the season on 47 minutes, from Kirsty McIntosh’s corner.

But it was all for nothing as Hearts rushed up the other end to re-establish their advantage, Walkinshaw finding space on the corner of the Accies box, to delightfully chip into Grant’s far corner.

Despite more possession Accies couldn’t find a way back into it from there against a resolute Hearts back line. The visit of Partick Thistle on Sunday is a chance to make amends. The Accies coach draws encouragement from our last encounter.

“Partick Thistle is an opportunity to go and win. Earlier in the season against them was one where we felt really disappointed. We played reasonably well but didn’t take our chances. Hopefully we can change that on Sunday.”