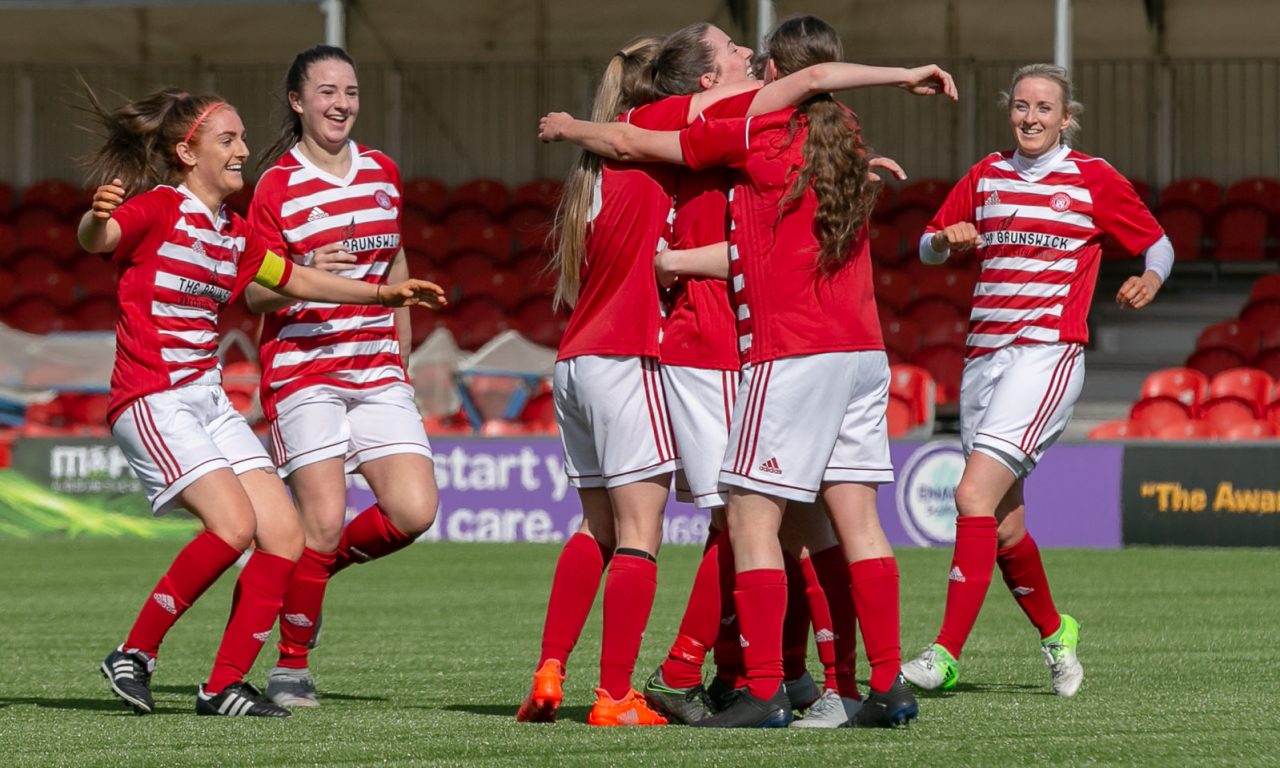 A  Dionne Brown strike sealed three huge points at Rugby Park to move us a point clear of Hearts. Next up is a visit to our nearest rivals, as we seek to avenge an opening day defeat to the Edinburgh side in February.

With one round of fixtures complete, Doctor’s side are now on a five game unbeaten streak. The boss is delighted now to be seeing a growing confidence from his players.

“I think the belief starting to come back with every win. It was a tough start and it’s taken us a while to get going.” He says.

“Today it was important just to get the points. Wins now are more important than performances. I thought we were solid, particularly defensively. We improved and took control in the second half.”

“I’m delighted for Dionne. She’s been working really hard, even though she’s been in and out of the team. We’re a squad, and at Accies there’s always going to be players in and out. It was a great moment for Dionne to help us nick the game.”

It was the tightest of scraps in the Ayrshire sunshine, Accies playing into the light after three weeks lay off. Accies were slow to into the game, but only set piece opportunities looked like opening a stubborn Killie defence.

MT Gardiner showed the best piece of first half magic, driving at the heart of the Killie rear guard, with her shot held by McGregor from the edge of the box.

Killie hadn’t found the killer touch of their own, Monica Harty blasting a Kirsty Munro cut back over in their best opening of the first 45.

Harty was close again for the hosts after the break, she and Abby Robinson almost scrambling home a Lisa Swanson delivery. Grant stood up brave to block.  You had the feeling that a one goal might be enough for either side.

Accies played with control and patience and the reward came our way on 75 minutes. Amy Bulloch set McIntosh off down the right with a delightful flick. McIntosh’s cross evaded everybody in the box, but Gardiner picked it up on the opposite byline to pick out Brown at the near post for the winning goal.

Bulloch might have made sure with a powerful effort palmed away by McGregor. Instead Accies had to switch on and defend late on, Grant’s command of her penalty box helping us to grind out a valuable three points.