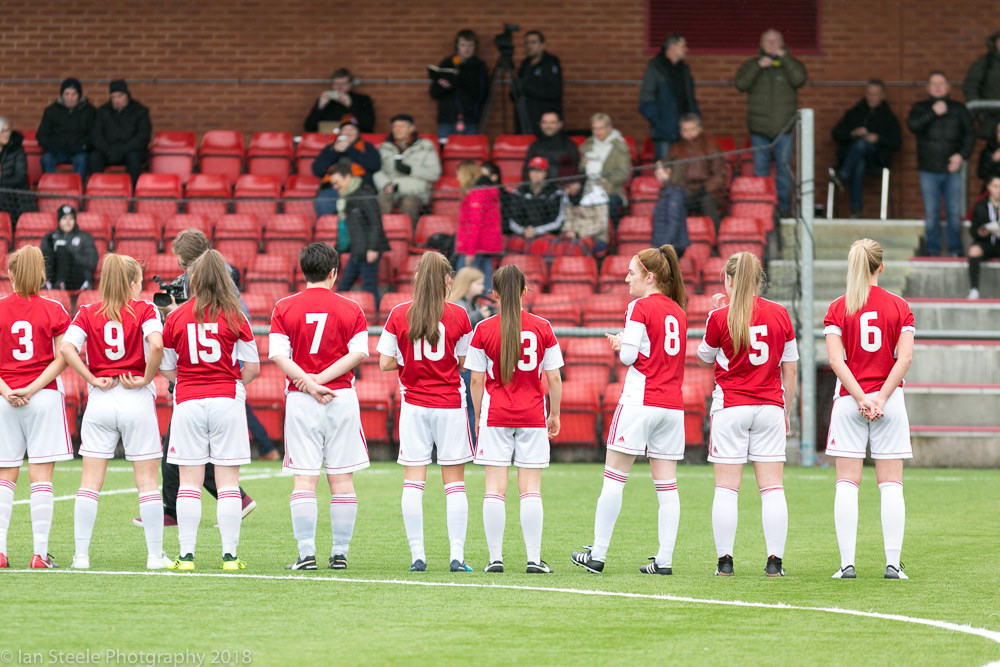 Spirited Accies Display Gives City A Run For Their Money

In the end, it was a second league defeat but we can take huge credit for a performance which pushed the champions all the way on their home patch. The frustration was seeing all the good work undone with a bizarre solitary goal.

Abbi Grant’s shot on 13 minutes somehow trundled under Lauren Grant, to give Glasgow City the all-important breakthrough. It was to be the single best opening of the game, City reduced to shots from distance by a solid Accies back four.

After the big let-down of last week’s opening weekend defeat, this display at least provided more grounds for optimism for Assistant Coach Bobby Watson and his staff. He was pleased to see some homework paying off for the visit to Petershill. 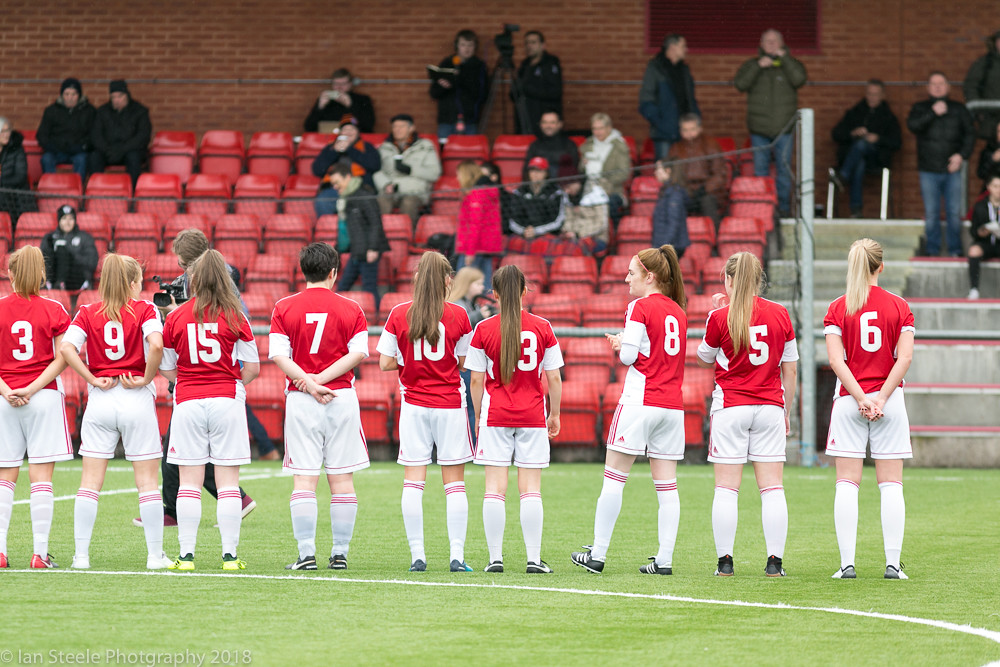 “We got our game plan right today. We’d had City watched and made things difficult for them, while we went with an attacking shape. It’s not often they’ve have had to defend a lead like that in the league going into the latter stages of a game.”

Gary Doctor named the same eleven who started last weekend for a game where all the expectation was on the hosts. And it looked ominous in the opening 10 minutes, as City struck the bar within the first few minutes. A long ball through by ex Accie Joanne Paton then found its way to Grant inside the box to bundle home the opener.

The floodgates didn’t open though, as we kept shape and composure in possession. We saw plenty of the ball in advanced areas, without really threatening Lee Alexander’s goal. Nevertheless, the Accies assistant coach draws huge encouragement from the performance. 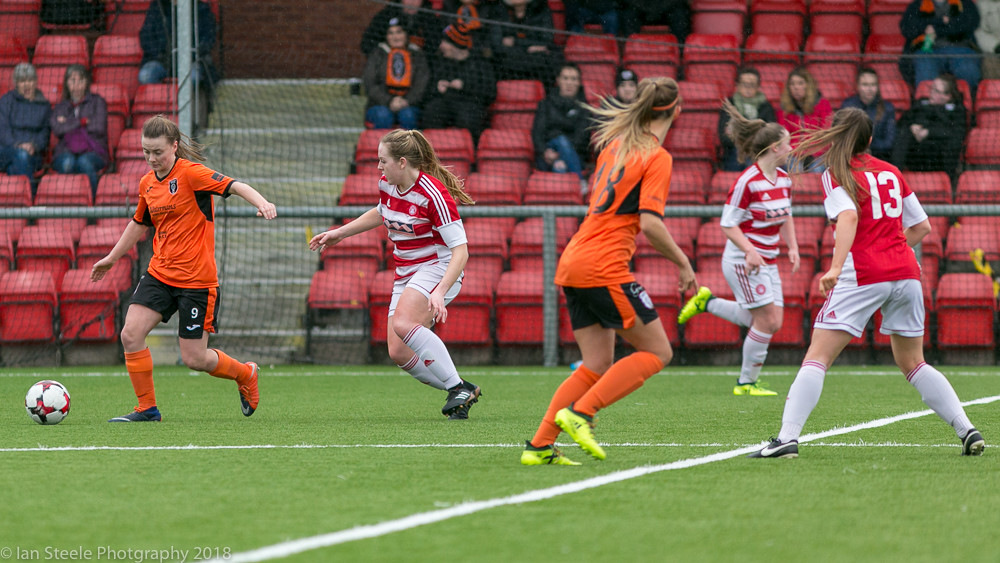 “Overall, we’ve had big performances all over the pitch.  Unfortunately, it’s a bizarre moment and mistake that’s cost us. Lauren’s allowed the ball to squirm under her, but she’s then made an important stop to keep us in the game in the second half.

“The disappointment is that at the other end we’ve got ourselves into some good situations but not been able to get shots away on goal. It’s important that we get off the mark, and I’m confident we can do that, starting next week.” 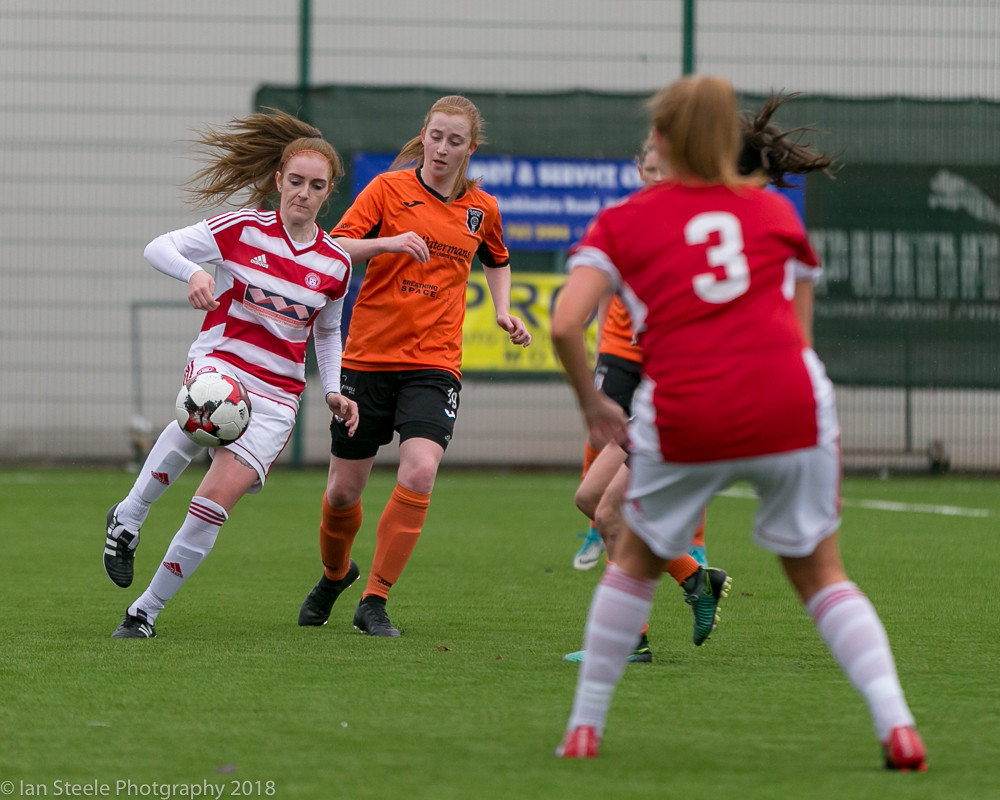 That quest resumes as we visit Cathkin Park on Sunday to face Glasgow Girls for the opening round of the SWPL League Cup. Watson’s side have already faced their opponents in a preseason match and we have an idea of what is in store.

“They’ll be no pushovers. They like to make the pitch narrow and they can be a difficult team to break down. It’s important to take performances like today into matches like this, against teams we are expected to beat. For all the good work today, we still need to get some wins under our belt and get ourselves a good run in the cup.”