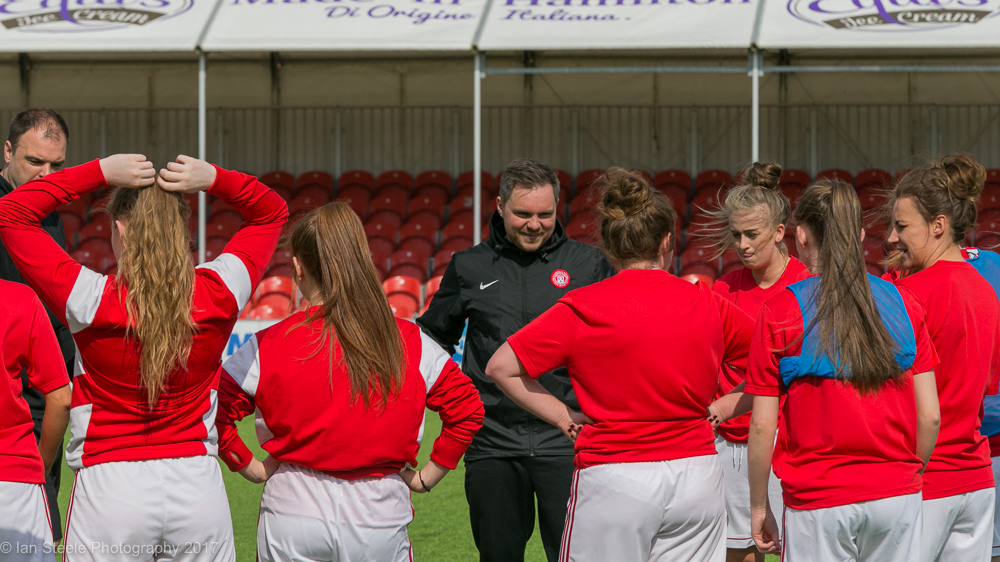 Midfielder Deborah McLeod has hinted that finally having the home advantage will go a long way in Accies Scottish Cup adventure.

“It’s been a very long time since we’ve had a home draw. We are very comfortable in our home ground so it’ll make a big difference for us and the support we get at home is at the best it’s been too.”

Granite City will provide the opposition on August 20th and will be hoping for an upset after a sensational Div2 North campaign last season and a solid start to Division 1 North life.

McLeod continued: “They’re a team we’ve never played before and therefore have less information on that we would like.

“I’d imagine they will be very keen to throw everything at the game so they will consider that the pressure will be on us to win so the team just need to keep their concentration and focus.

“We had a really poor performance the first half of the Kilmarnock game {in the last round} and gave ourselves a bit of a mountain to climb but we do have a mentally strong team which showed in the final result.”

“It’s been awhile since we have had a home Cup draw and that was all we wanted to be honest.

“Granite will be a tough opponent so we will need to do our homework as best as we can to ensure we prepare professionally. It’s a team we have never played before but that is why I love the Scottish Cup – it throws up these kinds of intriguing ties.”

The match will be played on August 20th at the Superseal Stadium. Season ticket holders get the match free as part of their package.