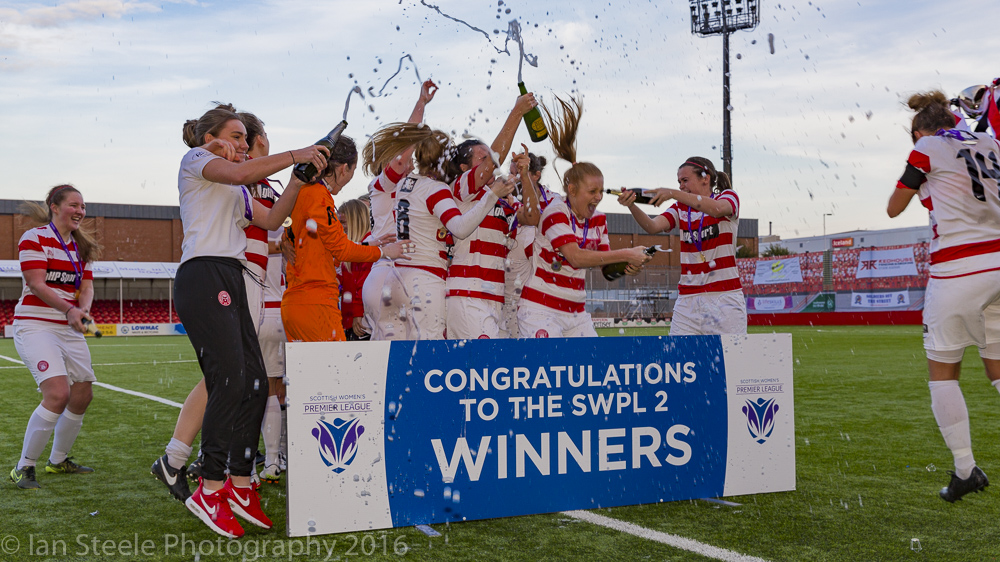 Where Are They Now?

After a gruelling 2016, Accies went into the final day of the season at home to Buchan knowing a win would secure the inaugural SWPL 2 title however any slip up could see Hearts or Glasgow Girls (now Women) pip them to the title.
Accies had led much of the title race in the first half of the season but back to back losses away to Glasgow Girls and Hearts saw the Lanarkshire side trail.

After an incredible run of 8 straight wins following the Hearts defeat in August, including a last minute winner away at Buchan, Accies lined up at a packed New Douglas Park for the final showdown.

Goals from MT Gardiner, who would pick up the Accies Player and Players Player of the Year, the second from Mhairi Lyle who was in the form of her life and a Joanne Paton’s stunning curled effort sealed a momentous day for the club, returning to the top flight at the first time of asking.

We look back at this group and ask, where are they now? 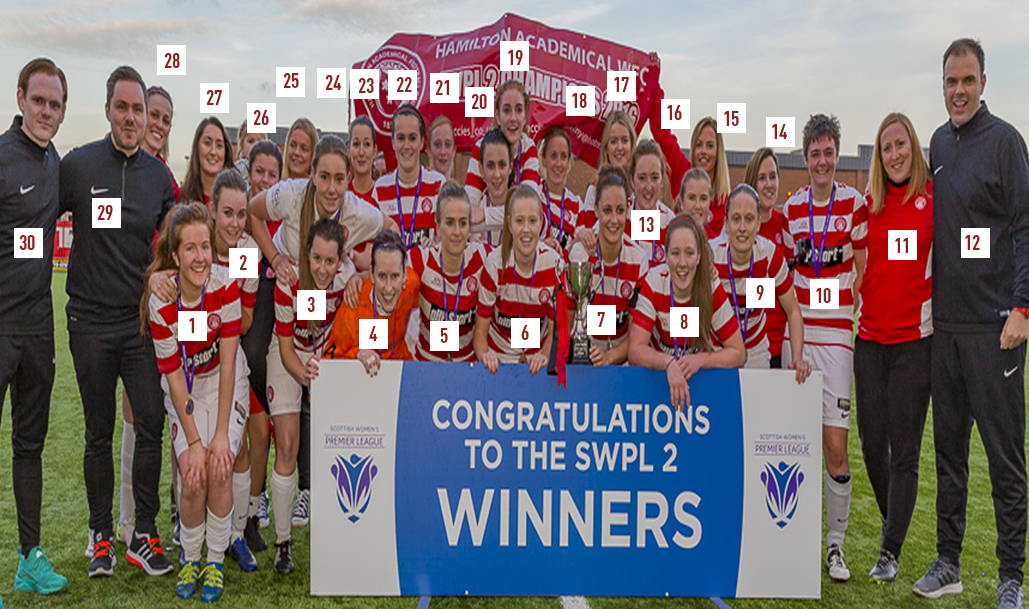 Accies were promoted into SWPL 1 where they stayed up at the expense of Aberdeen with games to spare. The final match of the 2017 season saw Elain Fleming retire in emotional scenes as Accies beat Rangers 2-1.