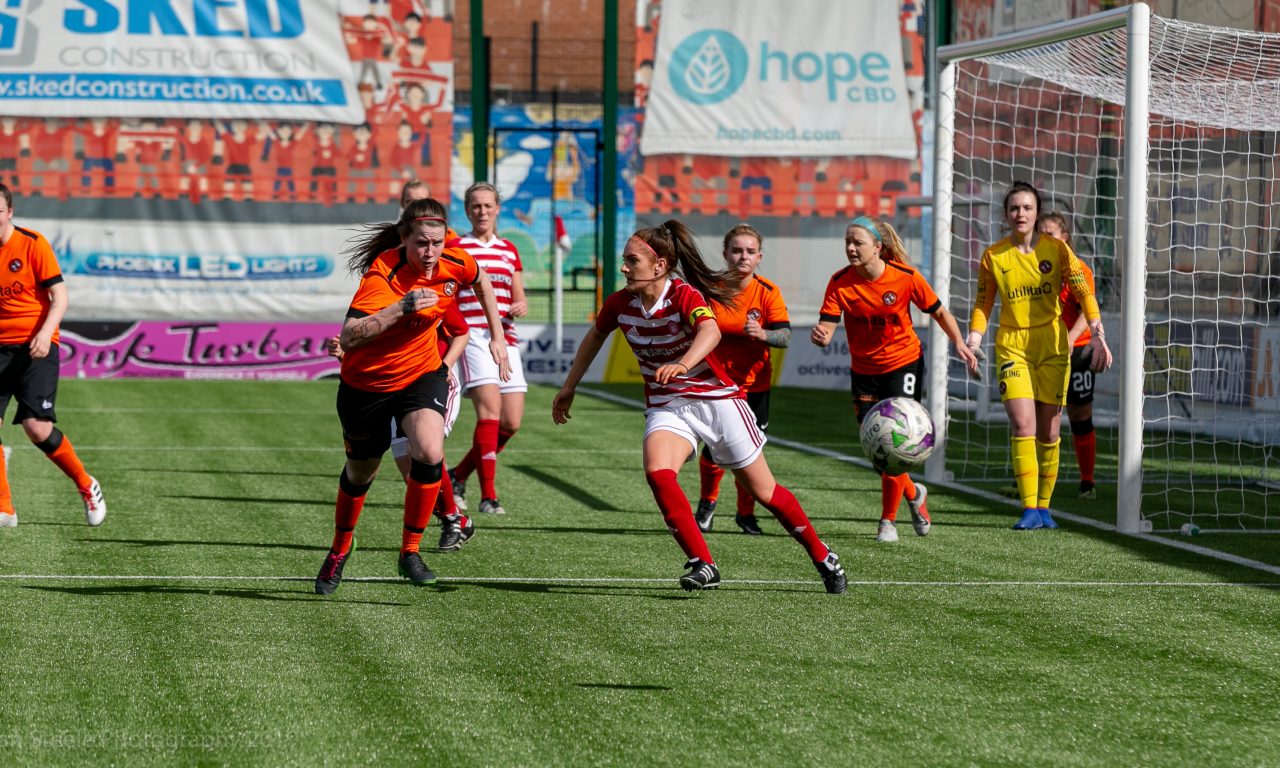 It’s 5 games unbeaten now and we go into the two week break on a high.  Sunday’s 2-1 win moves Accies to just a point off top spot, thanks to first half goals by Dani Connolly and Kirsty McIntosh.

The visitors pulled one back in injury time to give the scoreline a less flattering look. Gary Doctor was still happy with what he saw and sees things starting to settle down 6 games into the new season.

“Although it was 2-1, in that end that’s a comfortable a win as we could be. We played some really good football. That first half is as good as we’ve played all season.”

“Things are starting to come together. MT had her first start and really gave us a different dimension, creating a lot of openings. There’s been a lot of getting to know each other at that end of the pitch.” 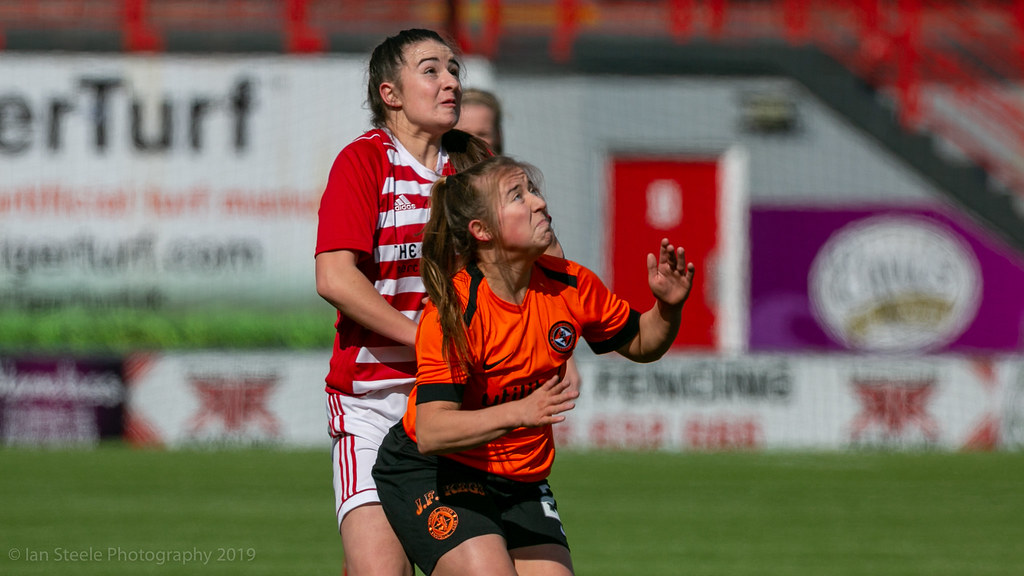 “I was also pleased with our back four, seeing our full backs getting forward and obviously Dani scoring.”

“The only frustration is there weren’t more goals. They’ve brought us down to earth a wee bit with a goal from the last kick of the ball. But overall I’m really pleased with a well-earned win.”

Our one change from the draw with St Johnstone saw Gardiner take the place of Dionne Brown, who started on the bench. The new signing certainly made an early impact, stretching the visitors with her pace in behind.

Kirsty McIntosh also spearheaded things down the flank, finding plenty of space to get some dangerous deliveries into the box in an opening half hour that was all Accies. 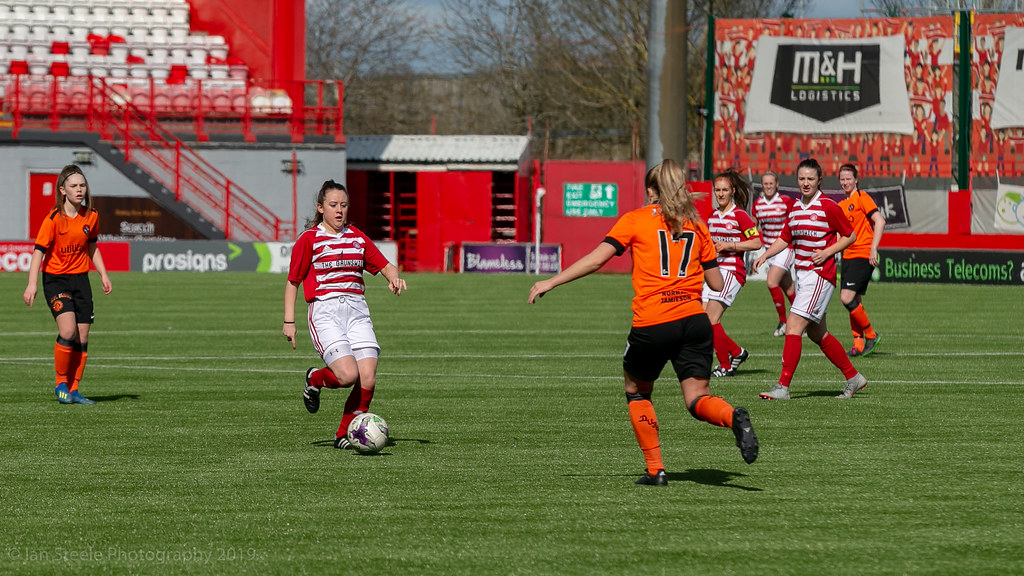 12 almost broke the deadlock, Gardiners’ cross just coming too quickly at her to adjust her feet. But we had our rewards on 32 minutes. Dani Connolly’s striker’s finish capped a flowing move after Chloe Muir had split the United defence for Gardiner to cross.

It took just 2 minutes to extend the lead, McIntosh getting into the right place to bundle home Sturrock’s deep cross from close range.

United hadn’t threatened at the other end and Accies really should have put the visitors away before half time. Gardiner again beat the offside trap, latching onto Sturrock’s through ball, but this time Meach was out to close down and block.

United had a better second half, without getting much out of the Accies defense. A Phillippa McCallum effort which flashed over was their best opening of another half which Accies mostly controlled. 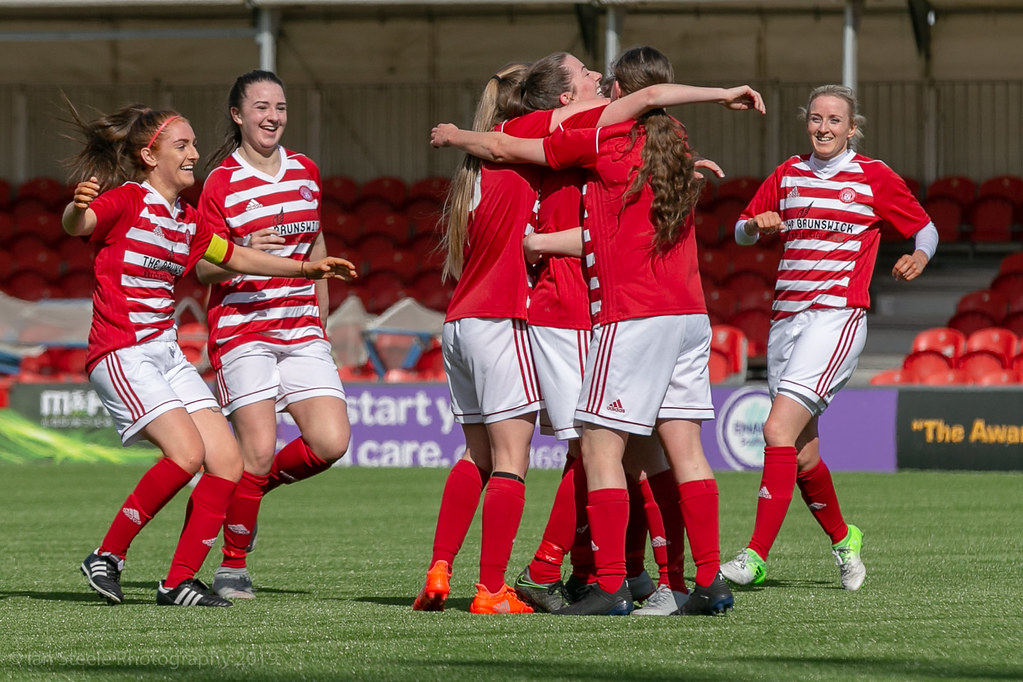 McIntosh and Sturrock had further chances to stretch the lead, before a late scare, McCallum nodding past Grant in a crowded box in injury time.

There wasn’t enough time though to sow many seeds of doubt, as Accies saw out about as convincing a 2-1 win as they come.

Next up we travel to Kilmarnock a week on Sunday, before a doubleheader with leaders Hearts.