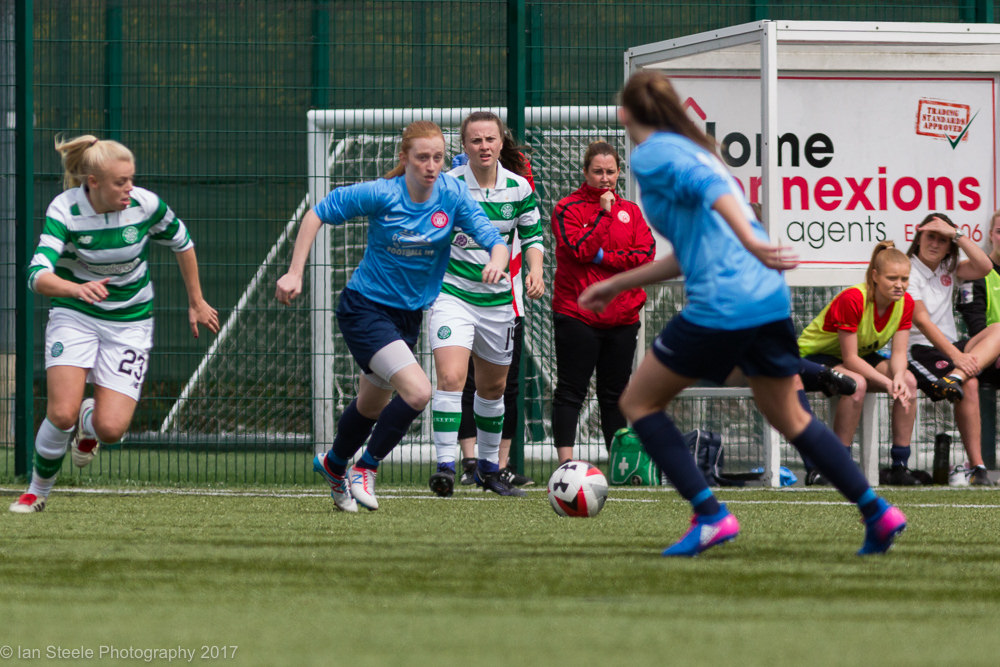 After a tough 3 games on the road Accies return to action at Superseal Stadium this Sunday, as they host Hibs. It’s another game against a top, in form opposition. Hibs already have silverware to their name this season and boast a host of internationals, but we have proved we compete with these sides this season, particularly at home.

We’ll be trying to put last weekend’s disappointing loss behind us, a result which leaves us second bottom of the SWPL. It’s not a position which concerns the club at this stage of the season. Coach Bobby Watson is firm of the opinion that better times are ahead:

“Realistically we came into this league knowing we’d be fighting in the bottom half. We don’t want to become a yo-yo team. The position doesn’t worry me at this stage of the season. We’re not far away and there is lots to play for. Traditionally we always come good in the second half of the season and I have great confidence in the quality of these players.”, he says. 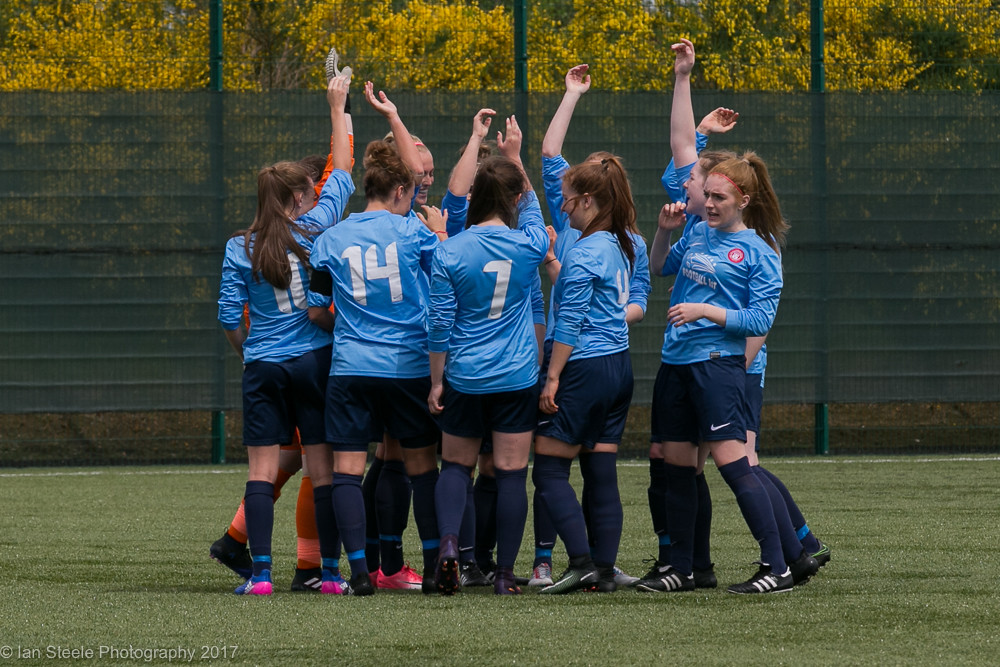 “Hibs are a quality side, and thoroughly deserved to beat us last time out. But we’re looking forward to Sunday and can give them a game. We have earned the right to play these sides.”

Watson will have to make do with the loss of striker Joanne Paton for Sunday after she saw red last weekend, an incident which directly influenced the outcome of the match. It was going to be an uphill struggle as Kirsty Howat gave Celtic the lead on 33 minutes, but after Paton’s dismissal 5 minutes later for violent conduct, this became a mountain to climb.

“I haven’t seen the incident back yet, but Joanne didn’t make any complaints and the referee has probably made the right call.”, Watson says. 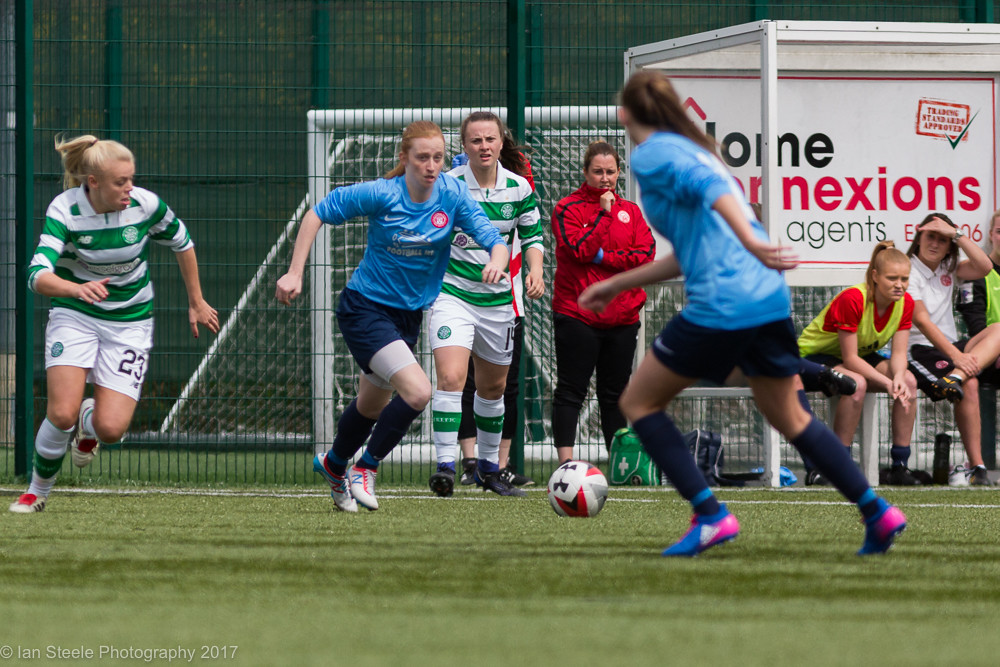 “The second goal was obviously disappointing as well, as we thought it came from a corner where their player was in an offside position. These are the moments that swing results.”

Accies though could have capitalised early on when Paton was on the field, causing danger to the Celtic defence with her pace and direct running. She had the first attempt on goal, flashing a shot just wide of Cunningham’s post from the right edge of the area, with another just off target shortly later. Celtic meanwhile headed off the woodwork as they began to build possession and settle into the game.

We had aimed to sit and stifle the home side, much as we had done so successfully for long spells in the previous match at Glasgow City, but Celtic grabbed the all-important lead on 33 minutes as Kirsty Howat volleyed home a Sarah Ewens cross from the right at close range.

Minutes later and Paton got into a tangle before reacting to her opponent, with the referee making the swift conclusion that this was violent conduct. We were down to 10 and would have to reshuffle things after the break. 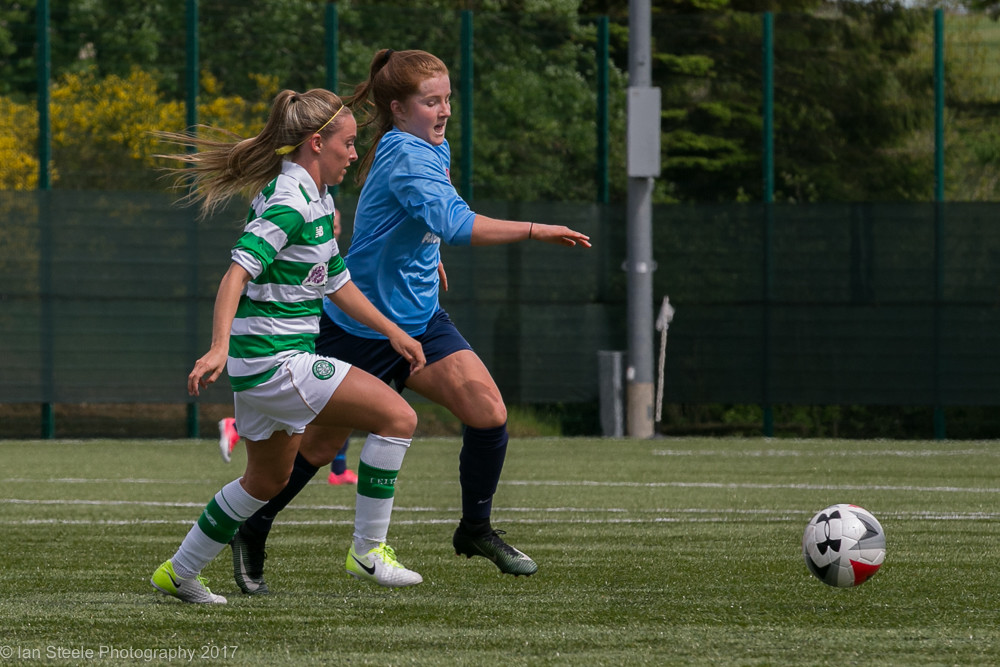 We moved Jordan McClintock into a more advanced central area, and with her pace, she caused a few problems. Things might have been different after she linked up well with Amy Anderson in the box, and cut through the Celtic defence, but the Accies midfielder could only shoot over.

It was the decisive period of the game, as shortly after Celtic extended their lead. It came after a flurry of sustained pressure, with Accies struggling to clear their lines on 66 minutes, and Littlejohn was on hand to tap in at the far post as our defence finally buckled.

Celtic were now in the driving seat and added a third five minutes later. Again a tiring 10 players were stretched to breaking point, sitting deep and struggling to clear lines.  Napier took advantage from the edge of the box to launch a 25 yarder with Elaine Fleming unable to keep out of the net.

Three became four on 81 minutes, and from a similar position, Littlejohn shot from the edge of the box. This time Fleming got a touch, but the ball ricocheted off the Accies keeper and into the net.